Could This Be The British Ex-MI6 Agent Behind The Trump FBI Memos? | Forbes |

Christopher David Steele is a former British spy who co-founded a respected London-based investigative firm, Orbis Business Intelligence, Ltd. He is also, based on conversations with numerous industry U.K.-based competitors, the most likely person behind the FBI memos that included allegations that Russian operatives claim to have compromising information on Donald Trump.

“My money is totally on Chris Steele,” says one of the sources, who requested anonymity. (At the time of publication, Steele hadn’t responded to messages left on his cell phone and by email. The FBI declined to comment.)

British intelligence reportedly provided a vital tipoff to the US in 2015 about the extent of Russian hacking on the presidential election.

The report on the UK’s involvement came after US intelligence agencies published an unclassified version of their finding that Vladimir Putin ordered a multi-pronged operation to interfere in the election in favour of Donald Trump.

The New York Times, citing “two people familiar with the conclusions” of the report, said British intelligence was “among the first” to raise the alarm in autumn 2015 that Moscow had hacked the computer servers of the Democratic National Committee.

The UK’s role suggests that the compromise of email exchanges among senior Democrats was spotted when voice intercepts, computer traffic or agents picked up content of the emails flowing towards Moscow.

Over the course the campaign, British officials were as alarmed as their US counterparts over the extent of contacts between Trump advisers and Moscow and by Trump’s consistently pro-Russian stance on a range of foreign policy issues.

GCHQ hacking on networks in the UK and overseas does not violate human rights laws, British security tribunal says

A British security tribunal has ruled in favor of the legality of hacking activities conducted by intelligence agency GCHQ. According to the court, GCHQ is operating within the bounds of the law when it hacks into computers and smartphones.

The case against GCHQ was brought to court in 2015 by Campaigners Privacy International who alleged that the intelligence agency’s hacking operations are overly intrusive and in violation of European law. GCHQ admitted for the first time that it carried out extensive hacking in the UK and overseas.

The five panel members of the Investigator Powers Tribunal (IPT) ruled that computer network exploitation (CNE) is legal. According to The Independent, CNE is executed by remotely activating microphones and cameras on electronic devices without the owner’s knowledge and consent.  The decision also provides that installing malware, logging keystrokes, copy documents and tracking locations can be done legally. 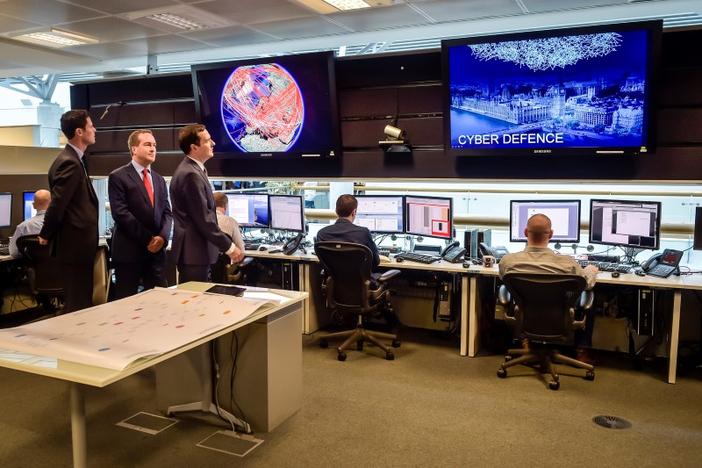 GCHQ disclosed that 20% of its intelligence reports held information extracted from hacking. The agency also admitted to “persistent” and “non-persistent” operations. “Persistent” hacking refers to bugging a targeted device.

“Plainly, it again emphasizes the requirement for a balance to be drawn between the urgent need of the intelligence agencies to safeguard the public and the protection of an individual’s privacy and/or freedom of expression,” IPT stated, as quoted by The Guardian.

The equipment interference code addresses the legal questions being raised with regard to CNE. It will be incorporated into the Investigatory Powers Bill to give it firmer legal footing. The bill is set to become a law this year.

The legal structure on which the GCHQ relies for the validity of its operations was found to be compatible with the European convention on human rights.

As for the hacking performed on networks outside the UK, the IPT reiterated that while there may be circumstances that warrant a claim for breach of rights to privacy and freedom of expression, it doesn’t necessarily lead to a general conclusion that the GCHQ has failed to comply with the provisions of human rights law.

The Russian arrested in Moscow 10 days ago on charges of spying for Britain was a senior Russian intelligence officer recruited by British intelligence last year in the Baltic republic of Estonia, Russian sources said yesterday.

Russian counter-intelligence sources named Pablo Miller, said to be working as a first secretary at the British embassy in the Estonian capital, Tallinn, as the officer who had recruited the Russian.

The unnamed alleged spy is being held in Moscow’s high-security Lefortovo prison. Sources at the FSB, the federal security service which is the main successor to the KGB, told the Itar-Tass news agency that the alleged spy was “a senior officer of the special services until recently”.

“During this time he was recruited by Pablo Miller, head of British intelligence in Tallinn working under the cover of first secretary of the British embassy in Estonia.”

The row broke out shortly after Tony Blair met Vladimir Putin in, St Petersburg, across the border from Estonia and has cast a cloud over the apparent success of the visit.

The FSB has also implicated Estonia’s intelligence services in the row. They are said to have aided the alleged spy, who travelled regularly from Moscow to Tallinn to make contact with his British controllers. The Estonians have not denied the accusations, saying they are waiting for more detailed information.

The Baltic states of Estonia, Latvia, and Lithuania have become fertile ground for western intelligence services since the collapse of the Soviet Union.

A veteran former KGB agent said: “With this arrest, Moscow is also sending a message to Estonia, telling them to stop it.”

MOSCOW, April 23 (Itar-Tass) – Russian citizen Valery Oyamaye has been pleaded guilty of high treason in the form of espionage and sentenced to seven years in prison by the Moscow District city court.The FSB public relations department told Itar-Tass that Oyamaye had collaborated with British and Estonian secret services. He was arrested last March on charges of high treason (espionage). Court hearings into the spy case against Oyamaye ended on April 20.

Valery Oyamaye – ex-officer of the Russian secret services, was recruited in Tallinn by British intelligence agent Pablo Miller who had been first secretary of the British Embassy in Estonia.

Oyamaye has been incriminated in collecting and selling classified information, which was Russia’s state secrets, to foreign intelligence agents.

The Federal Security Service said a Briton previously alleged to have recruited Russians as spies was involved in recruiting Vyacheslav Zharko, whose case is the latest espionage dispute between the two countries.

The service, known by its Russian acronym FSB, in June announced that Zharko had reported being recruited by MI6, the British foreign intelligence agency, and it has opened a criminal investigation into the case.

An FSB duty officer confirmed news agency reports that Zharko had recognized Pablo Miller [OBE in 2015] as his recruiter.

Miller allegedly was involved in the case of Defense Ministry Colonel Sergei Skripal, who last year was sentenced to 13 years imprisonment for spying for Britain, according to Russian news agency reports. The reports were confirmed by the duty officer, who declined to be identified and who did not give further details.

MI6 spooks together for a reunion …

Ukraine/Maidan Fingerprints All Over Scam

See my previous diaries on this topic …

Voter ID: How to Stop Minorities from Voting