The division of America is so great, one can not claim: “the direction of U.S. culture is either upward or downward.”

The opinion makers and politicians in Europe consider America sliding downward on the scale of moral values and disregard for International Law since the turn of the century. The lone superpower expands across the globe with wars of choice and impunity. Torture, black prisons, rendition, client states, proxy wars causing upheaval and over a million deaths. The backlash has come for Europe especially in the flow of Syrian war refugees and migrants from North Africa through the failed state of Libya. The last eight years …

The 2016 “upset” in the race for America’s next president had been long in the offing. Many read the early signs of a blinded electorate and the similarities from overseas, the recent elections in Europe and the effect of xenophobia and the Israeli project of Islamophobia. As soon as it was joined from Calvinists, evangelical Christians and reformed protestants one got a brew of paternalism, misogygny and the call for white supremacy – the Anglo-Saxon doctrine of slavery and apartheid.

From Blue to Purple | The Economist |

It has gotten much worse during two terms of George Bush, followed by two terms of Barack Obama. In addition: the cards are stacked against Democrats.

Even this paper of November 2005 is outdated by the backlash seen in the 2016 election cycle: nationalism and populist rhetoric …

Students of the culture war contend that the economic models have it wrong, because most Americans now set economic issues aside when thinking about politics.

Thomas Frank (2004) offers a biting and ironic critique of the politics of the culture war in his book What’s the Matter with Kansas? He argues that low-income Americans living in rural areas and small towns vote strongly Republican because of their moral convictions, even though the Republican Party’s economic policies cut strongly against their economic interests.

As Shapiro (2005) points out, in many places the flip side of this is also true – high-income citizens in Cambridge, Massachusetts, and the Upper West Side of New York City vote overwhelmingly Democratic even though the tax policies of
the Republican Party treat them much more favorably. Why do they vote this way? Because moral issues, such as abortion and gay marriage, dominate economic selfinterest. Citizens’ attitudes on moral issues may even shape their beliefs about what policies best serve their economic interests. As a result, the main political cleavage in the United States today cuts across both income and economic liberalism.

Children of a White God: A Study of Racist “Christian” Theologies by Matthew C. Ogilvie

In the first place, the New Age movement has had significant effect upon mainstream Christianity in recent years. As for the interracial relevance of the New Age, Charles Strozier observes:

New Age is a decidedly middle-class and white movement. There are few African Americans and hardly any Hispanics. As a religious movement it is open to everything except people who are genuinely different. … This class and racial focus gives New Age an identity often lacking in the murky waters of the multicultural world of Catholic and Protestant churches; it also puts constraints on its potential for future development.[65]

While one has reservations about referring to the so-called murky realm of multiculturalism, one would agree that New Age religion is essentially a monoculturalist movement, with little appeal to non-white, middle-class people.

Race relations in a new age

As the demographics of our nation evolve, “minorities” will soon be the majority. What changes do you foresee in people’s behavior as America becomes “less white”?

In terms of demographics, numbers can have two different effects. If you look at South Africa, where whites were a small proportion of population, apartheid was implemented to protect their power and privileged status.

However, changing demographics with greater representations of people of color can produce more opportunities for interaction between members of different groups. In a truly multicultural society, there will be more intergroup contact, contact at an earlier age and more close friendships across group lines at every stage of life. These experiences can change how people think of race and combat racism at its roots.

For me, the question is how will these demographic changes be shepherded in terms of social experiences and policies? Hopefully, it will be in ways that produce positive intergroup experiences rather than creating more barriers between us.

The Inauguration of Fascism? Thinking Violence and Resistance in the Age of Trump

In other words, as Walter Mignolo summarizes, Césaire was astutely aware “that for Europeans the horror of Nazism was the horror not only of killing, but of killing white people based on the arguments and strategies that Europe had applied for 450 years to the non-European world.” The racial-colonial ghost in the machine of Western civilization would not be so easily exorcised.

Although his excavation does not dig deep enough, the late Zygmunt Bauman suggested that Nazism is best understood, not as a departure from modernity, but rather as the violent culmination of specific processes which are immanent to it. It is not simply that Nazism adopted tactics and strategies that had been deployed in other historical and geographic contexts – though it certainly did that; Nazi eugenics were partially inspired by U.S. racial/ableist programs of forced sterilization, just as the Nazi concentration camps drew upon the genocidal methods of U.S. settler colonialism, which Hitler is said to have admired for their exterminatory efficiency – but rather that the fascist architecture of Nazi Germany was erected upon the foundation of modernity’s cataclysm.

This reading of Nazism is at odds with the reigning conception of fascism as a radical deviation from or negation of the liberal democratic social contract that governs modern civil society, that territory which Gramsci took as the terrain of revolutionary struggle. Here we come to the crux of the problem of theorizing violence and resistance in relation to fascism, for the reigning analytical certitude and moral revulsion regarding fascism derives precisely from the ways it is understood to violate the rights and protections that are expected within civil society. Fascism, in this reading, inaugurates a regime premised upon the endurance of what the Nazi intellectual Carl Schmitt referred to as the “state of exception.” Why, then, is it that black revolutionaries such as George Jackson (who was himself murdered by guardians of the carceral state) identified the U.S. as a fascist dispensation nearly half a century ago, when the “Golden Age” of the postwar period was just beginning to draw to a close? The answer given to us by way of Jackson and the black radical tradition to which he belongs is that the liberal democratic social contract upon which civil society is premised has only ever been realized through the most brutal depredations and expulsions. Violence is not merely deployed as a means of repressing or punishing dissent within civil society, but is rather, as Dylan Rodríguez asserts, “primary and productive” to and of civil society itself.

From the Abolition Journal: « click for more info
"Skins may differ, but affection Dwells in white and black the same."

Therefore, kind reader, we ask your sympathy, while you
peruse some of the iniquities perpetrated upon a suffering
race, and that too often by men and women calling them-
selves Christians, and using a religious cloak to screen
their monstrous, foul, and cruel acts. 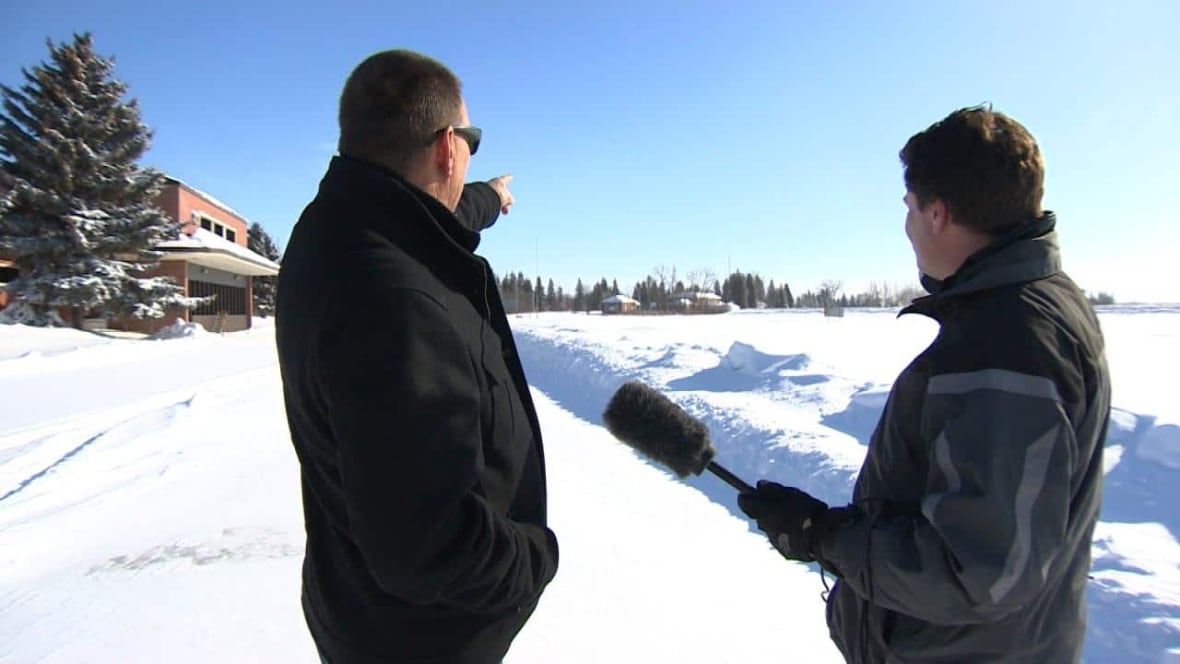 An iconic moment from the Trump era:
Canadian Mounties, on a freezing winter day,
helping a refugee family flee over the US border.

Royal reception not in Buckingham Palace in London (protests) but in the shadows of Windsor Castle.

Another Briton said to have had an influential intervention in the US elections is 52-year-old Jim Dowson, a Scottish Calvinist who founded the far right, anti-Muslim party Britain First. Dowson, from a hub in Hungary, set up a network of US-focused websites and Facebook groups with the intention of promoting Trump and denigrating his rival during the US election.

Dowson’s websites include Patriot News Agency– whose postings have been viewed and shared tens of thousands of times in the US – and whose articles on Friday include a critique of a new Netflix series which it accused of stoking anti-white racism. An investigation by the New York Times in December claimed that although a sizeable volume of US election fake news emanated from central and Eastern Europe, Dowson’s operation was the only obviously politically inspired intervention.

○ Americans aren’t as attached to democracy as you might think

See my earlier diaries on Russia and Vladimir Putin and … 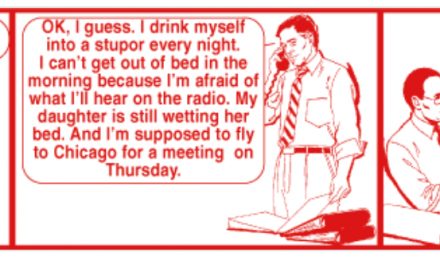 How Are You Enduring Your Freedom? 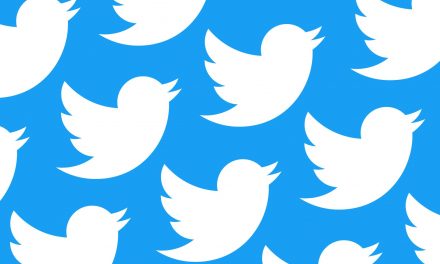 Connect with people in a multi-cultural neighbourhood today – Zuiderpark, The Hague

I suppose some snowballs are more dangerous than others …  🙂