Trump and MOAB, the Generals Are Really Good

Why Did the U.S. Use the ‘Mother of All Bombs’ in Afghanistan? | The Atlantic |

The U.S. military’s announcement that it dropped the “mother of all bombs,” one of the largest non-nuclear devices, against an ISIS facility in Afghanistan comes despite the U.S. assessment that only about 700 ISIS fighters remain in the country. It’s the first time the bomb has been used on the battlefield.

The GBU-43/B Massive Ordnance Air Blast (MOAB), which has a yield of 11 tons, targeted the tunnels and caves used by ISIS in Achin district, Nangarhar province, which is on the border with Pakistan. 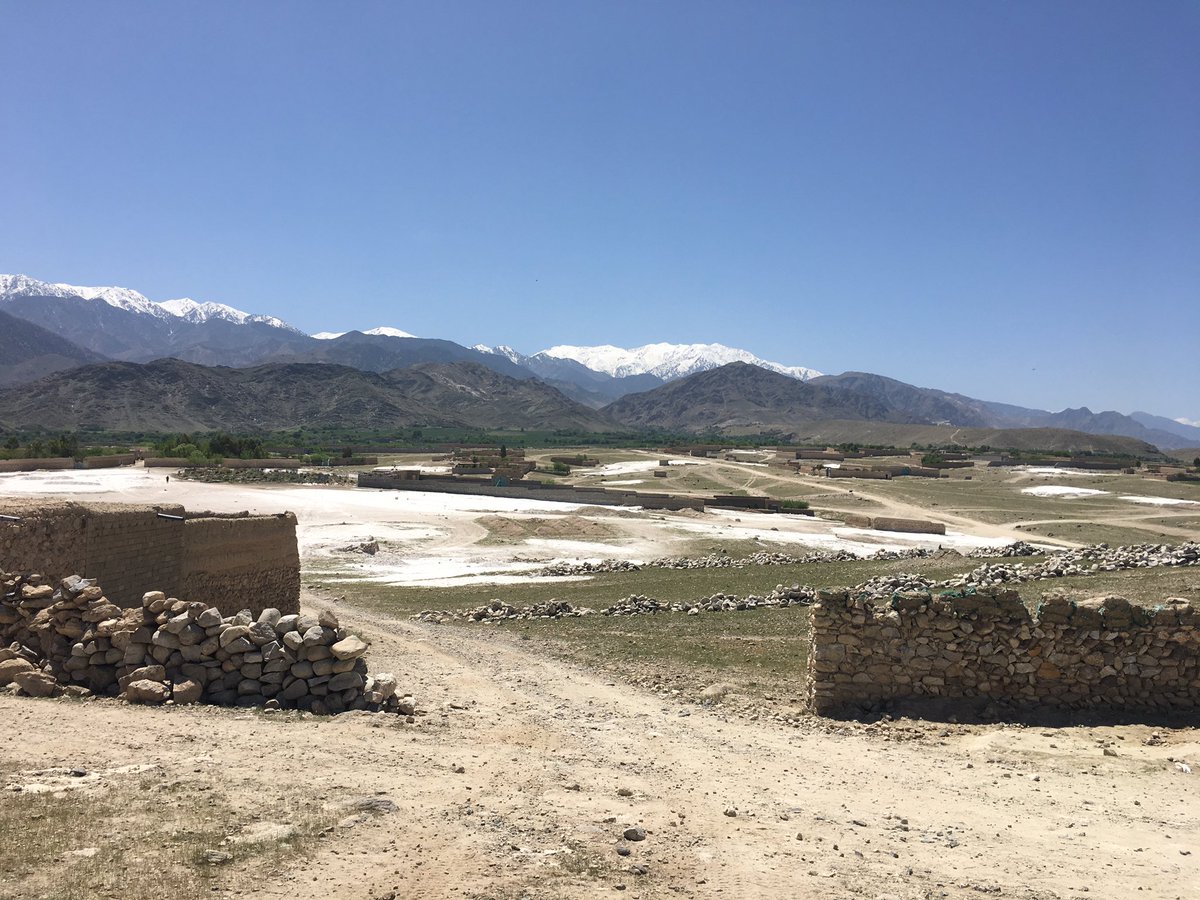 In comparison, Little Boy, the nuclear device dropped on Hiroshima in 1945, had a blast yield of 15 kilotons. Fat Man, which was dropped on Nagasaki, was a 21-kiloton bomb. In other words, while the MOAB is one of the largest nonnuclear bombs, it’s far smaller than most nuclear weapons the U.S. possesses or the ones it has used.

The 30-foot-long MOAB was first tested in 2003. NPR reports it was then “deployed to bases in the Middle East where it could be loaded aboard an American aircraft” such as the the MC-130 Combat Talon, which opens its ramp and releases the weapon. The bomb is satellite-guided, making its delivery precise in a way the BLU-82 Daisy Cutter, MOAB’s predecessor, was not.

The powerful non-nuclear bomb dubbed mother of all bombs (MOAB) which was dropped by the US on an area in Afghanistan also left impact on this side of the border, damaging buildings in Kurram Agency, locals said.

Wide cracks appeared in several houses, a mosque and an Imambargah at Malana village in the foothills of Speen Ghar also known as White Mountain.

The snow-covered White Mountain serves as a natural barrier between the Afghan province of Nangarhar and the Kurram tribal region in Pakistan.

US officials claimed that MOAB targeted a base of the militant Islamic State group in Achin district which lies in the foothills of the White Mountain on the other side of the border.

A plume of smoke rose more than 3,048 meters in the air and was visible 64 kms away in Pensacola, Florida.

“It looked like a big mushroom cloud filled with flames as it grew and grew and grew,” Swinson said after the afternoon test. “It was one of the most awesome spectacles I’ve seen.”

Another Sleazy Twist to the Stock Option Scandal

Khorasan is term used for Al Qaeda fighters and leadership from battle theater in AfPak region of SE Asia. After intervention by Russian aircraft to rid Syria of foreign jihadist fighters, the Pentagon exclaimed and boasted of a deadly strike in North Syria, striking Khorosan leadership. KSA, Turkey and Qatar weren’t amused by this turn-about from the US. As Al Qaeda and IS fighters were hit hard by Russian bombs, the foreign fighters started moving out back to Tunesia, Libya and apparently back to Afghanistan border region with Pakistan. That’s the target once again by the Pentagon: hitting the Islamic… Read more »

Insane representatives in U.S. Congress … not my people, not my ethics nor moral values. Thank You GB for taking the Isles out of the EU and hopefully thereby limiting the reach of NATO which should return to its commitment of peace on the continent and a true defense pact without any need of nuclear weapons, the ultimate weapon to destroy mankind on Earth. Republicans praise bombing of ISIS targets Republican defense hawks lauded the Trump administration after the US military dropped its most powerful non-nuclear bomb on ISIS targets in Afghanistan. Republican senators said the strike with a bomb… Read more »