Just weeks before the November 2016 election, the federal court that oversees issuance of FISA warrants was informed that the NSA and FBI had been conducting illegal surveillance of US citizens under Sec. 702, a loophole that allows the government to wiretap U.S. persons communicating  with foreigners abroad without a warrant.[1]

On April 26, 2017, The FISA Court (FISC) issued a secret memo that found that in October the Justice Department and Director of National Intelligence (DNI) had submitted incomplete and inaccurate sworn “certifications” concerning the surveillance of Americans conducted by the NSA and FBI under Sec. 702, McClatchy reported Friday.  http://www.mcclatchydc.com/news/nation-world/national/national-security/article152947909.html

It was under Sec. 702 that the NSA collected “incidental” communications intercepts of Michael Flynn with the Russian Ambassador.   About a week before the Inauguration, the Washington Post broke  a story naming Flynn and the contents of his conversations with the Russian Ambassador; citing “a senior U.S. government official, Flynn phoned Russian Ambassador Sergey Kislyak several times on Dec. 29, the day the Obama administration announced the expulsion of 35 Russian officials as well as other measures in retaliation for the hacking.”  https:/www.washingtonpost.com/opinions/why-did-obama-dawdle-on-russias-hacking/2017/01/12/75f
878a0-d90c-11e6-9a36-1d296534b31e_story.html

That was followed by a flurry of leaks by other U.S. intelligence officials revealing Flynn’s identity and the contents of his call, resulting in Flynn’s firing and the explosion of the “Russia-gate” scandal.

This is the latest development in the ongoing battle that touches on the former Administration’s “unmasking” of incoming Trump Administration officials.   The federal court that oversees FISA warrants has found the NSA and FBI both improperly analyzed and disseminated  the calls and email of U.S. persons under the pretext of searching through third-party foreign persons.  Unmasking is the querying of raw NSA data to obtain the identities of U.S. persons involved in the calls, information that is normally “minimized” in reports disseminated to decision-makers in the White House, and federal agencies.

According to a redacted copy of the secret FISA Court (FISC) memo dated April 26, Judge Rosemary M. Collyer, wrote the court had learned that National Security Agency analysts had been conducting prohibited queries of databases “with much greater frequency than had previously been disclosed to the court.”  Specifically, “NSA analysts had used U.S.person identifiers to query the results of lnternet “upstream” collection, even though NSA’s Section 702 minimization procedures prohibited such queries.”  The memo states that in 2011, the FISC had explicitly imposed “procedures [that] categorically prohibited NSA analysts from using known U.S.-person identifiers to query the results of upstream Internet collection.”  Nonetheless, NSA continued to query databases searching third-party foreign email for information “about” U.S. persons.  Finding that it violates U.S. persons Fourth Amendment protections, on April 26, Collyer ordered this practice halted.

Judge Collyer also ordered changes to FBI practices of retaining raw FISA U.S. person communications and sharing it with private contractors, specifically observing, “The Court is nonetheless concerned about the FBI’s apparent disregard of minimization rules and whether the FBI may be engaging in similar disclosures of raw Section 702 information that have not been reported.”

These illegal surveillance practices were occurring during the period in 2015 and 2016 that U.S. intelligence agencies allegedly intercepted conversations between Russian officials with figures associated with the  Trump campaign and incoming Administration.   The contents of these private  communications and identities of the U.S. persons would later be leaked to the media.   As reported by the Washington Post, former National Security Advisor Rice was reportedly actively engaged in “unmasking” of classified NSA intercepts of conversations between Lt. Gen. Kevin Flynn and the Russian Ambassador.  While the unredacted portions of the memo do not name Flynn, the public was made aware of Flynn’s unmasking by leaks of the sorts of  agency surveillance and dissemination practices  the Court found unlawful and had ordered stopped.

The leaked FISA Court document — https:www.scribd.com/document/349261099/2016-Cert-FISC-Memo-Opin-Order-Apr-2017-4#download – details the practices which Judge Collier found violated the law as part of an ongoing, widespread surveillance abuses of the intelligence agencies.   The document chastises NSA’s inspector general and Office of Compliance for Operations for an “institutional `lack of candor’ ” for failing to inform the court. It described the matter as “a very serious Fourth Amendment issue.”

In addition, according to an article in Friday’s McClatchy newspapers, the FBI was cited for its role in breaking prohibitions against disclosing unlawfully disclosed identities of U.S. persons.  These revelations have forced both agencies to change procedures that the court found led to the improper dissemination of the identities of private communications : http://www.mcclatchydc.com/news/nation-world/national/national-security/article152947909.html

The court filing noted an NSA decision March 30 to narrow collection of “upstream” data within the United States. Under that decision, the NSA acknowledged that it had erred in sweeping up the communications of U.S. citizens or residents but said those errors “were not willful.” Even so, the NSA said it would no longer collect certain kinds of data known as “about” communications, in which a U.S. citizen was merely mentioned.

The NSA announced that change publicly on April 28, two days after the court ruling, saying the agency would limit its sweeps to communications either directly to or from a foreign intelligence target. That change would reduce “the likelihood that NSA will acquire communications of U.S. persons or others who are not in direct contact with one of the agency’s foreign intelligence targets.”

The court document also criticized the FBI’s distribution of intelligence data, saying it had disclosed raw surveillance data to sectors of its bureaucracy “largely staffed by private contractors.”

The court document reveals that the FISA court was not informed of these problems until just days before the Election, at which time it issued an order requiring the agencies to desist and to provide additional information.  Based upon amended certifications, the court memo in April, states:

On October 24, 2016, the government orally apprised the Court of significant noncompliance with the NSA’s minimization procedures involving queries of data acquired under Section 702 using U.S. person identifiers. The full scope of non-compliant querying practices had not been previously disclosed to the Court. Two days later, on the day the Court otherwise would have had to complete its review of the certifications and procedures, the government made a written submission regarding those compliance problems.

This comes in the wake of revelations that in June 2016, the FISA Court had refused to issue a warrant for broad surveillance of Trump-connected figures suspected by some Obama officials of improperly colluding with Russians.  A much narrower FISA warrant reportedly limited to surveillance of one U.S. person was ultimately approved in late Summer or Fall of 2016.  Any related surveillance and exposure of US persons  before a warrant was issued, or outside of its limits, appears to have been in direct defiance of the FISC and is a potential felony violation of the FISA Act.

[1] Collection under Section 702 does not require individual judicial orders authorizing collection against each target. Instead, the FISA court approves annual certifications submitted by the Attorney General and the Director of National Intelligence that identify categories of foreign intelligence that may be collected, subject to Court-approved “targeting” procedures and “minimization” procedures. See, https:/icontherecord.tumblr.com/topics/section-702.   Section 702 enacted in 2008 as a FISA “reform” will expire next year if not reauthorized.   This and related scandals are expected to be central to that debate in Congress. 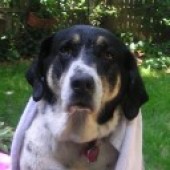