Clinton Campaign and the Orbis Dossier

The most under-covered story of Russia Gate is the interconnection between the Clinton campaign, an unregistered foreign agent of Russia headquartered in DC (Fusion GPS), and the Christopher Steele Orbis dossier. This connection has raised the question of whether Kremlin prepared the dossier as part of a disinformation campaign to sow chaos in the US political system. If ordered and paid for by Hillary Clinton associates, Russia Gate is turned on its head as collusion between Clinton operatives (not Trump’s) and Russian intelligence. Russia Gate becomes Hillary Gate. 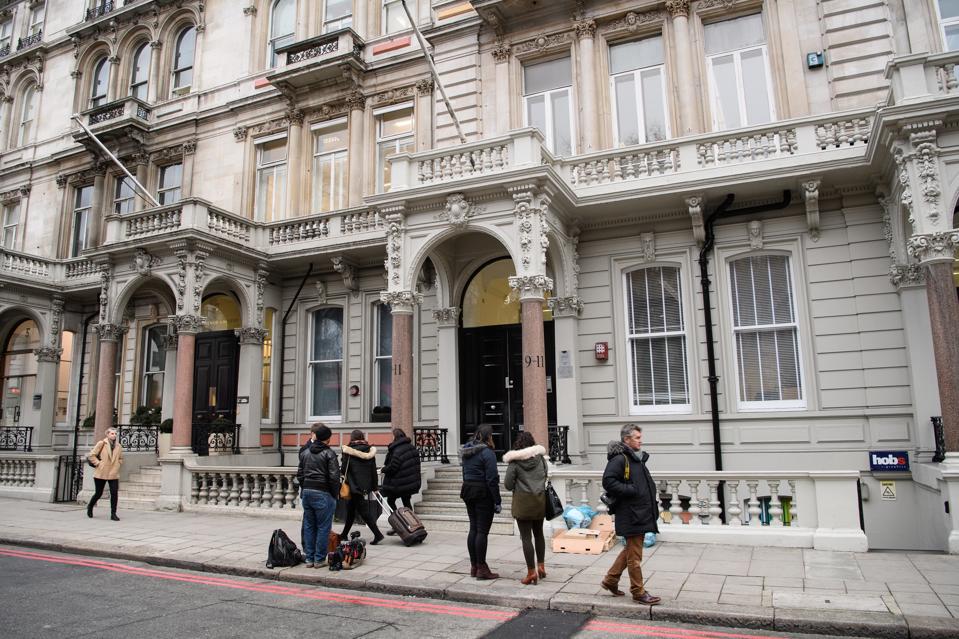 Neither The New York Times, Washington Post, nor CNN has covered this explosive story. Two op-eds have appeared in the Wall Street Journal  ( Holman Jenkins and David Satter). The possible Russian-intelligence origins of the Steele dossier have been raised only in conservative publications.

[About the author Paul Gregory: writes on free enterprise economics, both domestic and international, at Econworld,
Forbes, and Hoover Inst.
On twitter: @PaulR_Gregory and info WikiPedia]

The Fusion story has been known since Senator Chuck Grassley (R-Iowa) sent a heavily-footnoted letter to the Justice Department on March 31, 2017 demanding for his Judiciary Committee all relevant documents on Fusion GPS, the company that managed the Steele dossier against then-candidate Donald Trump. Grassley writes to justify his demand for documents that: “The issue is of particular concern to the Committee given that when Fusion GPS reportedly was acting as an unregistered agent of Russian interests, it appears to have been simultaneously overseeing the creation of the unsubstantiated dossier of allegations of a conspiracy between the Trump campaign and the Russians.” (Emphasis added.)

Former FBI director, James Comey, refused to answer questions about Fusion and the Steele dossier in his May 3 testimony before the Senate Intelligence Committee. Comey responded to Lindsey Graham’s questions about Fusion GPS’s involvement “in preparing a dossier against Donald Trump that would be interfering in our election by the Russians?” with “I don’t want to say.” Perhaps he will be called on to answer in a forum where he cannot refuse to answer.

The role of Fusion GPS and one of its key associates, a former Soviet intelligence officer, must raise the question as to whether the Steele dossier, which was orchestrated by a suspected unregistered agent of Russia, was a plant by Russian intelligence to harm Donald Trump?

Paul Gregory is a “capitalist fool” writing for Forbes magazine. See comments made by Robert Reich in September 2013. The author’s beef is not that Russia interfered in the presidential election, but Putin managed to destabilize America by sowing the seeds of division. Putin certainly wrecked the supporters of the Democratic Party!

Forbes Magazine, which calls itself the “capitalist tool,” seems to have a penchant for publishing right-wing diatribes posing as serious economic analyses. The latest is by Paul Roderick Gregory, who accuses me of “false facts and false theories” in a recent piece I wrote about why high wages are good for the economy.

If I’m correct, Gregory asks, how could it possibly be that America become world’s richest and most powerful economy in late nineteenth century, when the typical worker was earning peanuts?

Gregory claims to be an economic historian but he doesn’t seem to know American history. The answer is simple: Ours was a land of unbounded natural resources that were exploited without regard to consequences for the environment. We also found it relatively easy to copy the industrial advances of England and Germany, and erected a protective tariff so that our manufacturers didn’t have to compete directly with them. A giant wave of immigrants came to our shores, willing and eager to work for very little. And our largest industries—oil, railroads, steel—were monopolies or oligopolies that generated huge profits for their owners while skewering their customers. The result of all this was fat corporate profits, some of which were reinvested. Hence, the economy grew.

RollingStone Authenticates My Analysis – Thank you!

Intelligence leaks have been published in Louise Mensch (Rupert Murdoch) blog/social media and the Wall Street Journal (Rupert Murdoch). Forbes puts blame on the Hillary Clinton campaign team, I do not! The UK and USA Intelligence agencies are quite capable to initiate an 21st century coup d’état via social media. The IC has newly attained field experience across the states of the Arab Uprising and the Ukraine.

In the Ukraine and Baltic States the world witnesses the second global cyber warfare. With limited military involvement using PsyOps techniques to motivate public opinion. To move the masses in a direction the politicians seem not able to accomplish.

○ From Psyops to Neurowar: What Are the Dangers?
○ The strategic mind of Zbigniew Brzezinski: how a native Pole used Afghanistan to protect his homeland
○ President Truman: NSC 10/2 established the Office of Special Projects, soon renamed Office of Policy Coordination (OPC)

Does Trump (and Russia) Want California to Secede?