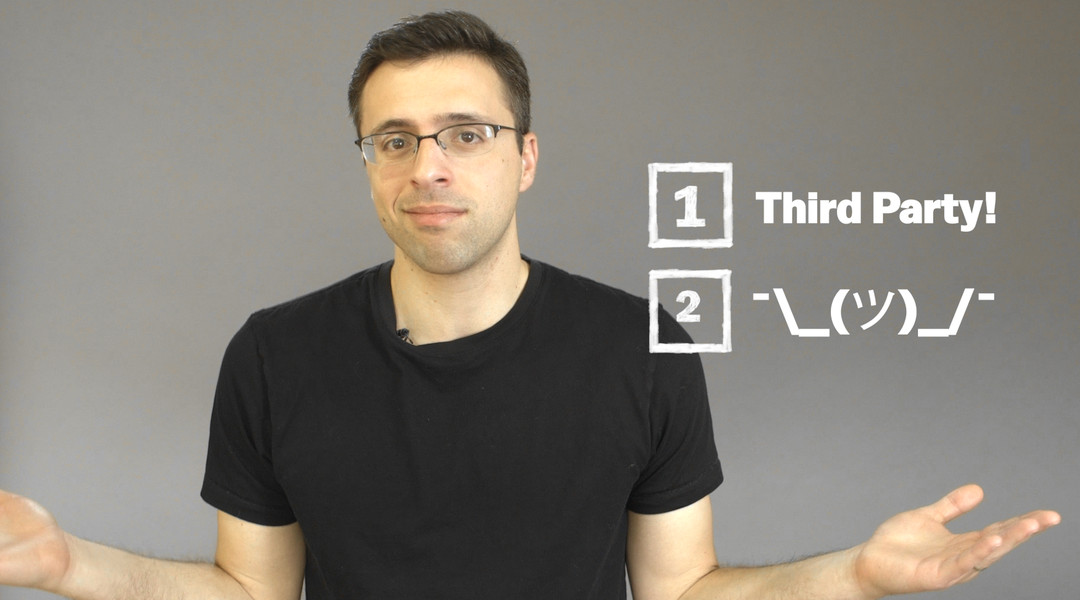 I’m generally positive about minor parties.  However, they will not solve all political problems, as I described in On American political parties held captive by their interest groups and ideologies on my own blog.  One of the problems I did not mention appeared in a video I used in a comment on Republicans Will Have to Make a Choice here at Booman Tribune.

“I await a third party movement.”

I’ll let Ezra Klein of Vox answer that for me.

Here is Third parties are the underpants gnomes of American politics.

Could a third party fix the hellscape of fail that is the United States Congress? Ezra Klein explains.

My summary was “No, although that’s not really what I think you’re after.” My response could have been more pointed.  I could have done for liberals what Pizza Man Cain wants a third party for conservatives, never mind three already exist did for conservatives, pointing out that the Green Party already exists and he could join them.  He could also join the Working Families Party, which exists in the state which he resides.  Because of that state’s fusion ballot, he can actually have an influence on one or the other major party through cross endorsing.  That’s better than in California, where the primary system effectively excludes minor party candidates from the general election ballot for nearly all offices other than President.  It’s also a way to fill in step 2 of the Underpants Gnomes’ business plan. 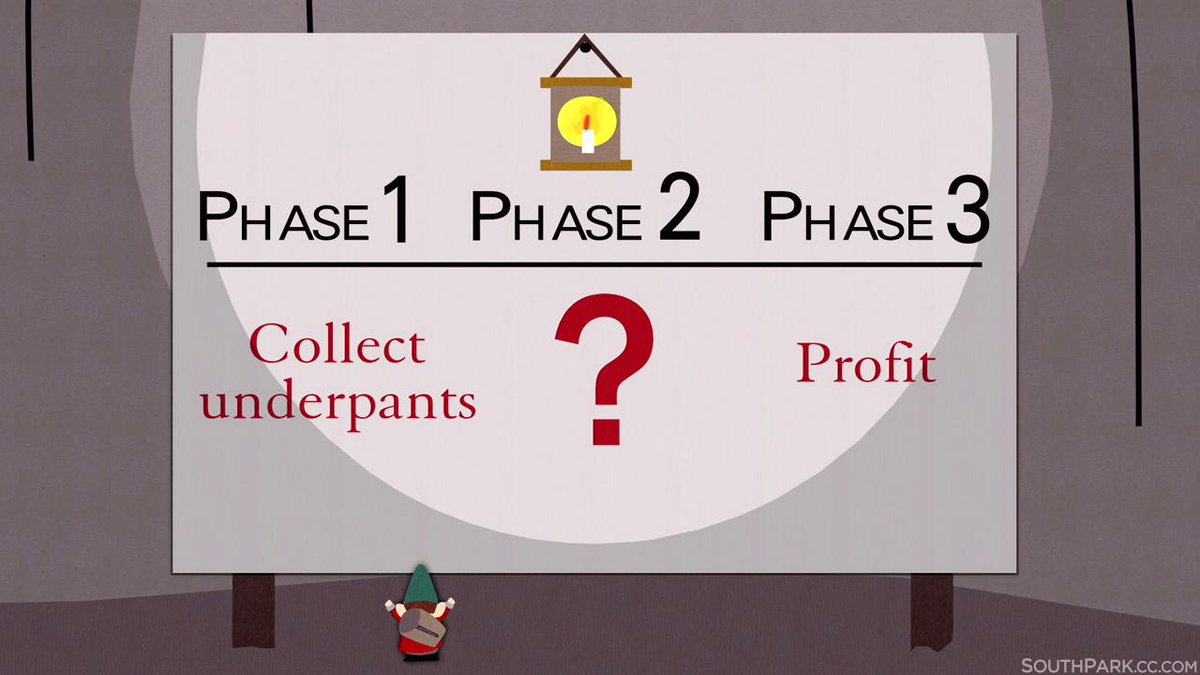 That’s the con argument.  Follow over the jump for the pro.
For the pro argument, watch Vox’s How to break the two-party hold on American politics as it explains how proportional representation can solve gerrymandering and help minor parties.

Replacing our current system with proportional representation will make more room for the wide range of views in US politics.

Matthew Yglesias expands on this video in The real fix for gerrymandering is proportional representation.

Creating majority-minority districts to ensure racial representation can look a lot like “packing” Democratic voters into lopsided seats. Aiming at fair fights sounds nice but will end up violating communities of interest. Aiming for partisan fairness will necessarily involve some odd squiggles, since neighborhood-level partisanship can be very disparate.

So I asked this scholar: “What about proportional representation?”

She said that when she teaches redistricting law, she does proportional representation last because it solves all the problems and the point of the class is for the students to work through the different complexities and legal doctrines governing the American system. That seems smart as a pedagogical approach, but as an agenda for political reform, solving all the problems is a good idea.

This is a solution that would address several issues I’ve explored on my blog, redistricting/gerrymandering, Duverger’s Law, and minor parties.  It would make the first essentially irrelevant, it would eliminate the conditions for the second (single-member districts with first past the post winners), and would allow people to cast votes for minor parties without “wasting their vote.”*  It’s also a really radical solution by U.S. standards, but a Crazy Eddie like me might just approve of a radical solution to preserve and improve democracy.

*I disagree with this characterization.  To me, the person who wastes a vote is the one who stays home.  At least people voting for the Libertarians, Greens, or Constitution Party are making a point.

Modified from Ezra Klein of Vox explains how third parties are the Underpants Gnomes of U.S. politics and Vox explains how proportional representation can solve gerrymandering and help minor parties at Crazy Eddie’s Motie News.

They Close Our Eyes (and We Thank Them)

I like the idea of proportional representation. However, wouldn’t it take a Constitutional Amendment to make that a reality? Not sure I like the odds there.

To turn both the House and Senate completely over to proportional representation, you’re right; it would require a constitutional amendment.  However, there is nothing in the Constitution preventing individual states from selecting their U.S. Representatives this way.  What might stand in the way of that is the Voting Rights Act, which places restrictions on multi-member districts.  Matthew Yglesias addresses this in the Vox article by hand-waving it away. Questions about representation for ethnic minority groups or communities of interest are taken care of exactly the way they should be — from the bottom up by voters and parties. If Latinos… Read more »

I was hoping this diary would catch on. The parliamentary systems we see in most European nations are a bit messier – more votes of no confidence, sometimes more frequent elections, and coalitions that can be remarkably fragile – but they seem to generally hold up. In reality our two major parties are essentially composed of such distinct factions that coalition out of convenience that it would not be much of a leap to imagine them as their own parties. The Democratic Party, at bare minimum, seems to house a standard center-left faction and a faction that comes somewhat close… Read more »

I’m glad you did your part to help this diary entry catch on by recommending it.  The second part did catch on elsewhere.  I shared a link to the original post on my personal blog at the Join the Coffee Party Movement page on Facebook three days ago and it earned 12,281 page views from it.  It’s now the single most-read entry on my blog ever! Yglesias and others at Vox have come to the conclusion that parliamentary systems are more stable in the long run and better expressions of democracy than our President-Congress system, so I’m not surprised that… Read more »