A total of 128 UN member states voted in favor of a draft measure that declares US President Trump’s Jerusalem decision “null and void.” The overwhelming backing for the resolution came despite US threats to cut funding.

An emergency session of the United Nations General Assembly passed a resolution on Thursday condemning US President Donald Trump’s decision to name Jerusalem the capital of Israel.

The draft resolution before the 193-member UN General Assembly reaffirms that Jerusalem is an issue that must be resolved through peace negotiations with Palestine and Israel. It would also make Trump’s recent Jerusalem decision “null and void.”

A spokesman for Palestinian President Mahmoud Abbas welcomed the result, calling it a “a victory for Palestine.”

After the vote, the German Foreign Office tweeted its reasoning, writing that “the status of Jerusalem should be negotiated between Israelis and Palestinians. It should not be prejudged.”

Earlier on Thursday, Turkish President Recep Tayyip Erdogan heavily criticized Trump on Thursday and urged other countries not to give into pressure from Washington.

“I am calling on the whole world: never sell your democratic will in return for petty dollars,” President Recep Tayyip Erdogan said in Ankara. He has been among the most vocal critics of Trump’s decision.

Israeli Prime Minister Benjamin Netanyahu slammed the UN as a “house of lies” ahead of Thursday’s vote.
“Jerusalem is our capital and we will continue to build there and embassies of countries, firstly the United States, will move to Jerusalem. This will happen,” Netanyahu said.

○ Jerusalem: Trumpian Clarity On US Bias for Israel

○ The CIA from James Angleton to James Clapper

From my earlier post on the reliability of CIA spy master James clapper – here.

In particular, Trump’s flashy 1987 trip to the Soviet Union – an obvious KGB operation to anyone versed in Chekist matters – led to his becoming an apparent agent of influence for Moscow. That is, a conduit for political favors and information, often in exchange for commercial deals of the sort Trump has always prized. Knowing this, the history of the Trump Organization over the last few decades takes on a different coloration.

What exactly is Donald Trump’s relationship to Vladimir Putin and the Kremlin? It seems likely that nobody outside Moscow knows the full story, and we should expect it will take years of investigation by Team Mueller and the IC to unravel this murky three-decade saga. The well-honed Chekist habit of planting disinformation to throw Western counterspies off course, which already seems to be at work in the Trump investigation, promises to drag this inquiry out even longer. Don’t plan on pleasant answers either.

No part of the investigation has gotten more rubber-necking than any kompromat  that the Russians may possess on our president. I’m talking, of course, about the alleged “pee-pee tape” that caught the public’s attention when it was posited by the former British spy Christopher Steele in his now-infamous dossier on Donald Trump, which has become a lightning rod for all sorts of speculation, not necessarily informed.

As I’ve written about the Steele dossier, although a great deal of its raw intelligence has turned out to be true, large portions reek of disinformation— including the most salacious bits.

From the link, Martin Longman is fully aware of the CIA’s sordid history, yet unknowledgeable about today’s James Clapper?

Trump’s Republican team of Pentagon and NSC officials united with Israel, UAE and Saudi Arabia in an anti-Iran stance … not very surprising. Undoing all president Obama stood for! Russia? A distraction presented by Hillary Clinton’s Resistance Team after the election loss.

See also my diaries on the British alt-right and Cambridge Analytica as useful agents to influence the US presidential election in favor of Trump. Russia is using hybrid warfare since 2008 to offset the military might of the US and NATO at its doorstep. The unipolar bullying of the US is expressed by outspending Russia 150 to 1 on the military. Indeed, Europe has nothing to fear from the East, the propaganda and agression came from the British. Brexit is doing Europe a favor, well at least Old Europe.

Gasoline prices from around the world

Sunday in the Sticks II: The Revenge

“The World Rejects Trump in UN Jerusalem Vote?” Oc course Why not? He has quite plainly rejected them!!! The only position of power left to the U.S. is one of military power combined with economic power. No more moral power whatsoever. The gloves are off and the masks have been dropped. The myth of U.S. “greatness” has been punctured over and over again by the farcical…but murderous…wars that it has fomented since the early ’50s and the continuing, barely survivable economic and social positions of its minorities. The recent clickbaIt media flap over “aliens” and UFOS? The world is beginning… Read more »

When will our economic power go? IMO, it will be by the end of the next decade.

The Voice In The Wilderness
Reply to  karl pearson

Perhaps even sooner. American dollars buying Chinese goods are being recycled into Chinese purchases of US real estate and increasingly purchase of US stock/corporations. The colonization of America is underway and neolibs of both parties are leading the charge, selling out their country for money they hardly need. No wonder the populace turns to demagogues like Trump. 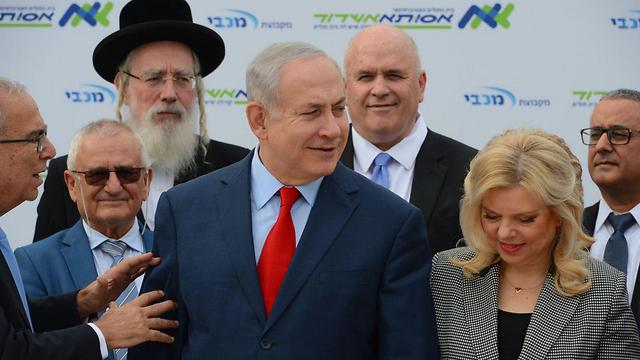 Senator Bernie Sanders, an Independent from Vermont, issued a statement regretting Mr Trump’s decision to recognise Jerusalem as the capital of Israel. Bernie Sanders Retweeted The New York Times  article: There’s a reason why all past US administrations have not made this move, and why leaders around the world have warned Trump against it: It would undermine the prospects for an Israeli-Palestinian peace agreement and severely, perhaps irreparably, damage our ability to broker it. Bernie Experts react to Trump’s Jerusalem decision: A diplomatic upgrade or end of the peace process? | The National – UAE | On the Democrats’ side,… Read more »

It would undermine the prospects for an Israeli-Palestinian peace agreement

You can’t get odds lower than zero. IMHO, Israeli-Palestinian peace is a pipe dream as likely as German-Russian peace in 1940. There were words on paper but everlasting war in their hearts. If Germany hadn’t broken the peace, Russia would have as soon as they thought they would win. A Palestinian-Israeli treaty would be like all the treaties the US made with the Native American tribes.

In the end it will be effective genocide, probably of Israel.