Made this a stand-alone diary to keep focus on topic …

Part 2 is almost ready and will be posted shortly.

Russian Actions and Methods against the United States and NATO

Russia has worked to upend the post-Cold War European order through an aggressive campaign of information warfare in recent years–so much so that the 2017 European Command Posture Statement identifies Russia as the primary threat, stating that “Russia seeks to undermine this international system and discredit those in the West who have created it.” In January 2017, retired Gen. James Mattis, then the nominee for U.S. secretary of defense, stated that Russia was the number one threat to the United States and was engaging in a continuing effort to “break the North Atlantic alliance.”

President Vladimir Putin’s speech at Munich in 2007 [video] declared that Russia would execute a foreign policy that no longer recognized a U.S.-led, unipolar system.

Putin stated publically that the West, specifically the United States, was attempting to make Russia a weak “vassal” state and was preventing Russia from reclaiming its role as the inheritor of the Soviet Union’s counterbalance role in the world. The hyperbolic and confrontational worldview of the Russian ruling elite can be summarized in reported comments by Andrey Krutskikh, a senior advisor to President Putin, at a February 2017 Moscow conference:

You think we are living in 2016. No, we are living in 1948. And do you know why? Because in 1949, the Soviet Union had its first atomic bomb test. And if until that moment, the Soviet Union was trying to reach agreement with [President Harry] Truman to ban nuclear weapons, and the Americans were not taking us seriously, in 1949 everything changed and they started talking to us on an equal footing.

As a direct reflection of this, Russia is intervening in political systems across Europe in order to destabilize established and newer democratic states. Putin’s stated goal is the restoration of “Great Russia.” This paper briefly overviews United States and NATO information operations (IO) doctrine and contrasts those with current analysis of Russian concepts of information warfare. This overview is intended to orient readers to important distinctions in doctrine, capacity, and purpose so that Western actors have a firm understanding from which to make decisions.

U.S. doctrine defines information operations as “the integrated employment, during military operations, of IRCs [information-related capabilities] in concert with other lines of operation to influence, disrupt, corrupt, or usurp the decision making of adversaries and potential adversaries while protecting our own.” These IRCs include military information support operations (MISO), cyberspace operations, electronic warfare, military deception, civil military operations, and public affairs.9 As a coordinating function within the realm of disseminating and shaping information, IO is a critical part of all offensive, defensive, and stability operations. In U.S. doctrine, the main effort of influencing foreign target audiences is by psychological operations (PSYOP) forces performing MISO. PSYOP forces are doctrinally tasked to …

Not so strange the feeling about NATO’s aggressive stance, see the often quoted phrase from former US Ambassador to NATO Ivo Daalder making Russia a pariah state. What do you expect from a regional power, a proud nation with a land mass covering halfway across planet earth.

THE ILLUSIONS OF A U.S. ARMY COMMANDER SPEAKING INSIDE THE BUBBLE OF A SOLE SUPERPOWER

Over the past year I have highlighted three signature issues facing us in this dynamic security environment:  Russia, radicals or violent extremists, and regional unrest – leading to refugee and migrant flows. At the same time, managing the political, economic, and social challenges posed by refugees and migrants is a consuming concern of our allies and partners.

Russia’s malign actions are supported by its diplomatic, information, economic, and military initiatives.  Moscow intends to reemerge as a global power, and views international norms such as the rule of law, democracy, and human rights as components of a system designed to suppress Russia. Therefore, Russia seeks to undermine this international system and discredit those in the West who have created it. For example, Russia is taking steps to influence the internal politics of European countries, just as it tried to do in the United States, in an attempt to create disunity and weakness within Europe and undermine the transatlantic relationship. Furthermore, Russia has repeatedly violated international agreements and treaties that underpin European peace and stability, including the Treaty on Intermediate-Range Nuclear Forces (INF) and the Treaty on Conventional Armed Forces in Europe (CFE), and it is undermining transparency and confidence building regimes, such as the Vienna Document and Open Skies, which provide greater transparency of posture and exercises
in the region.

Russia’s political leadership appears to be seeking a resurgence through the modernization of its military.  Russia is adjusting its doctrine, modernizing its weapons, reorganizing the disposition of its forces, professionalizing its armed services, and upgrading capabilities in all warfighting domains. Russia desires a military force capable of achieving its strategic objectives and increasing its power.

Russia’s aggression in Ukraine, including occupation and attempted annexation of Crimea, and actions in Syria underscore its willingness to use military force to exert its influence in Europe and the Middle East. In Ukraine, Russia’s willingness to foment a bloody conflict into its third year through the use of proxy forces in the Donbas and elsewhere is deeply troubling to our allies and partners, particularly Russia’s closest neighbors.  In Syria, Russia’s military intervention has changed the dynamics of the conflict, bolstered the Bashar al-Assad regime, targeted moderate opposition elements, compounded human suffering, and complicated U.S. and coalition operations against the Islamic State of Iraq and Syria (ISIS).  Russia has used this chaos to establish a permanent presence in the Middle East and eastern Mediterranean.

AN EXCELLENT PIECE OF REVISIONISM OF HISTORY – WTF!

Building on the recent cross-Whitehall International Defence Engagement and Building Stability Overseas Strategies, the Security Assistance Group (SAG) will have close links with the Foreign and Commonwealth Office, the Department for International Development and the Stabilisation Unit.

Battles are not not won by just hard aggressive force but also through information deception or the loose term of “psychological warfare”. In proper academic circles, it is the usage of “soft power”

Where it all started at the center of military power in Europe: NATO led by the United States and bullying generals in the mindset of the Cold War … wanting to kick ass and no room for diplomacy. This caused continued interference from the Pentagon and NATO HQ in Brussels with any attempt to reach a political settlement with Russia after the eight Bush years after 2008 – the Orange Revolution that ultimately fell short in the Ukraine and the confrontation in Georgia that led to a brief military conflict with Russia.

This report, “Winning the Information War: Techniques and Counter-Strategies in Russian Propaganda,” is produced under the auspices of the Center for European Policy Analysis’ (CEPA) Information Warfare Initiative. Co-authored by CEPA Senior Vice President Edward Lucas and Legatum Institute Senior Fellow Peter Pomerantsev, it is part of an ongoing effort at CEPA to monitor, collate, analyze, rebut and expose Russian propaganda in the countries of Central and Eastern Europe (CEE).

Previous publications in this series provided an analytical foundation for evaluating the methods and aims of Russian propaganda. This report extends that research, examining how Russian propaganda is being employed across the CEE region, the perils it presents and actionable counter-strategies for addressing it.

In preparing this report, the authors conducted an extended assessment of the existing record of Russian, English and Baltic language literature on the subject of information warfare. They solicited written inputs from, and conducted interviews with, members of the scholarly, academic and expert community who are investigating specific dimensions of Russia’s “new” propaganda. Additionally, the authors solicited written and conceptual inputs through practitioner workshops with CEE media specialist, area experts and journalists – individuals who are on the frontlines of the Western response to Russian disinformation campaigns.

Magda Walter is a media consultant based in London. She advises international organizations on media and communications strategies, and trains journalists in emerging democracies. She was the NBC News Bureau Chief in Moscow in the late 1990s. In the past five years she has served as the Regional Editor for East and Central Europe for the Mapping Digital Media Study of the Open Society Foundation, and Media Adviser to the feasibility study on Russian language media options conducted by the European Endowment for Democracy. She has contributed to CEPA’s StratCom Program and participated in past events focusing on Russia’s strategy of disinformation. Currently, she acts as Principal Development Adviser to the Baltic Centre for Media Excellence.

Finally, the authors would like to thank the invaluable inputs and insight provided by the monitors and media experts at CEPA’s Information Warfare Initiative, including Dalia Bankauskaite, Urve Eslas, Martins Kaprans and Andrzej Poczobut.

More reading on this topic … 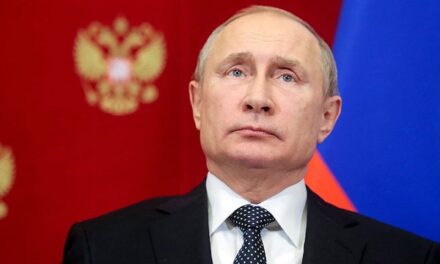 Bad Days for Putin are Good Days for Everyone Else

Kerry Distances Himself from Clinton on Syria

’13th’ vs. ‘O.J.: Made in America’ plus other non-fiction political programs at the Emmy Awards