No surprise … idiocy of America under the scourge of right-wing extremists. Has been brewing for decades, has ripened under George W. Bush and will explode under the Trump regime. John Bolton as poster boy of another war on a suffering Middle East. PNAC and the neoconservatives … the apocalypse alliance of Israel – Desert Arabs of the Peninsula – the New World from New England to the Pacific Ocean.

The Iraq War was based on lies from the very beginning. Wel at least fifteen years later, the Democrats agree: “It’s Putin’s Fault.” Morons, falling into the trap of mass media propaganda in the 21st century.

US President Donald Trump threatened conflict with nuclear-armed Russia, as Washington and Moscow engaged in military brinksmanship over a suspected chemical weapons attack outside Damascus.

“Russia vows to shoot down any and all missiles fired at Syria. Get ready Russia, because they will be coming, nice and new and “smart!” You shouldn’t be partners with a Gas Killing Animal who kills his people and enjoys it!,” Trump tweeted.

Russia vows to shoot down any and all missiles fired at Syria. Get ready Russia,  because they will be coming, nice and new and “smart!” You shouldn’t be partners with a Gas Killing Animal who kills his people and enjoys it!

Our relationship with Russia is worse now than it has ever been, and that includes the Cold War. There is no reason for this. Russia needs us to help with their economy, something that would be very easy to do, and we need all nations to work together. Stop the arms race?

It started under Bush in 2005 and the Hariri assassination blaming Bashar al-Assad with “evidence” from the State of Israel. The UN investigation proofed the accusation false.

It ended in great fire with a barrage of missiles after another false-flag attack, first in Salisbury, UK and within a month in a devastated Douma as the last terrorists were bussed out to Idlib province. The civilians population at last freed from the scourge of the Islamic State and the al Qaeda affiliated jihadists funded and armed by those well bred, good looking and especially wealthy Arabs from the Kingdom of the Two Holy Places of Wahhabist Islam. Terror? Pointing all fingers at the Islamic regime in Teheran. Trump and his posse is acoming to stamp out them outliers, losers who don’t profess the christian beliefs. 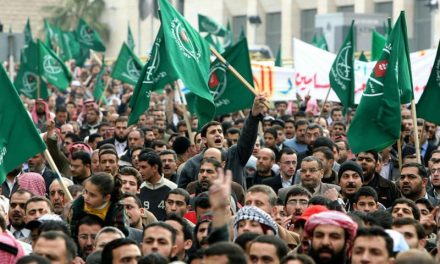 Israeli Embassy – A Thought for Christmas …

US Creating a Sunni Principality in Syria

Wall Street is pushing towards new summits, record profits as the US deficit soars. Worries for a later day, we can always cut welfare, hospital costs, and refraim from caring for the poor … LOSERS! The Russian economy is in a poor shape, we aim to help them put new policy in place. But Putin has got to GO! US and Russia closer to open conflict than any time since Cold War | The Independent | Following Tuesday evening’s abortive UN Security Council meeting, air strikes on Syrian military targets now seem a matter of hours away. With this, the… Read more »

Before and after Russian intervention in Syrian civil war | 2015-2018 | Psyops and propaganda, the fog of war, as well as the difficulty to obtain reliable information on the Islamic State, all interacting, contribute to this  complicated situation. The scope, intensity and evolution of the threat constituted by the Islamic State, its Khilafah and the worldview and system they seek to establish (see the Psyops series), as well as the length of the war and the prospects for its fate, fundamentally depend upon the Islamic State’s ability to be successful in meeting aims located along three interacting dimensions: Wilayat… Read more »

Iran hurls ‘support for terrorism’ charge back at Saudi Arabia | Dawn – Pakistan | Iran hit back at Saudi accusations that Tehran provides “support for terrorism”, pointing at alleged links between Riyadh and militant groups such as Al-Qaeda and Islamic State (IS). Countries in the region “will never forget the role played by Saudi Arabia in conspiring for, supporting and arming violent terrorists and extremists such as Al-Qaeda and Daesh (IS) and other similar groups,” Iran’s foreign ministry said. It also singled out Saudi support for Iraq’s fallen dictator Saddam Hussein in his 1980-1988 war against Iran, its military… Read more »

Security Council fails to adopt three resolutions on chemical weapons use in Syria The Council rejected a third text – also proposed by Russia – which concerned the work of the OPCW Fact-Finding Mission (FFM). The draft received five votes in favour (Bolivia, China, Ethiopia, Kazakhstan and Russia), four against (France, Poland, the United Kingdom and the United States), and six abstentions (Cote d’Ivoire, Equatorial Guinea, Kuwait, the Netherlands, Peru, and Sweden). Ahead of the Security Council meetings today, UN Secretary-General António Guterres had repeated his call on 15-member body to “find unity” on the issue of use of chemical… Read more »

○ PM statement on Syria: 14 April 2018 ○ Mattis, Dunford Detail Attacks on Syrian Chemical Arsenal | Pentagon | Syria: US, UK and France launch air strikes in response to chemical attack | The Guardian |   The Pentagon said the air strikes, which began at 4am Syrian time, involved planes and ship-launched missiles, more than a hundred weapons in all. Officials named three targets: a scientific research centre in Damascus, a chemical weapons storage facility west of Homs, and another storage site and command post nearby. “Right now, we have no additional attacks planned” the US defence secretary,… Read more »