Like I have said all along, looking in the wrong place for the defeat of Democrats in the 2016 Election …

The New York Times discloses the basic collusion between the Trump Campaign and the joint effort by Israel and the Arab princes to get Trump elected. No one in U.S. Congress will put blame on close ally  PM Netanyahu of the Jewish State of Israel … so the bully got a pass and carte blanche to setup the Republican nominee to defeat the Democrats and in its extension to confront Iran, the archenemy of Israel and Saudi Arabia. The “piggyback” coup d’état by covert forces of AngloSaxons conservatives [STL Group and Cambridge Analytica] in combination with the State of Israel.  See also the move of US Embassy to Jerusalem contraveneing International Law and UN Security Council resolutions. President Trump obliged Israel and Suadi Arabia by breaking the JCPOA, deal of the Five +1 with Iran on nuclear disarmament.

“So there was no other formal communication
or contact with the campaign?”

Today’s latest revelations prove that statement to be an outright lie under oath to Congress, an act considered perjury, a criminal felony with a penalty of up to five years in prison. In fact, even if Prince was not under oath, it a federal crime to “knowingly and willfully” give “materially” false statements to Congress, with exactly the same penalty.

George Nader, who was cooperating with the Mueller investigation, has fled to the UAE after UAE officials “pulled strings” with the Trump administration, the Daily Mail reports _link

According to that report, Nader recently flew to the United Arab Emirates (“UAE”) after Crown Prince Mohammed bin Zayed, the small Gulf Arab state’s putative leader, “pulled strings with U.S. officials” to secure Nader’s freedom of movement. It is not clear what form this alleged string-pulling might have taken.

Al-Jazeera recently noted that Nader worked for over a year in a brazen attempt to curry favor with the Republican National Committee on behalf of the UAE.

Nader is widely believed to have orchestrated a December 2016 meeting at Trump Tower during which Michael Flynn, Jared Kushner and Steven Bannon met with bin Zayed. Nader is also believed to have organized a controversial meeting in the Seychelles during which Erik Prince and others-including Kirill Dmitriev, chief executive of the Russian Direct Investment Fund-met with bin Zayed.

Saudi Prine Salman in White House visit … “buying stuff” good for jobs in the US!

Previous links missed by many …

Wikistrat and the Crowdsourcing Intelligence Concept

The trend of globalization, technology transfer, intellectual abilities, know-how and the need for real-time operational intelligence led to the development of new approaches in the Virtual World and necessity to create collaborative platforms.

The collaborative model is considered to be, in reality, a usual model in the intelligence field. It represents one of the instruments that ensures through a work interface the possibility to take part in the development of the intelligence product, in order to counteract any threats and risks to national security.

The company was founded in 2009 by Joel Zamel and Daniel Green. After studying counter-terrorism, Zamel founded Wikistrat Inc. and became CEO, while Green came aboard as the company’s Chief Technology Officer.

Dr. Thomas P.M. Barnett joined the firm as Chief Analyst a year later but nowadays Barnett is no longer with the firm.

Sitting in Pentagon today w Joel Zamel, showing off the Wikistrat website and GLOMOD. Analysts, you were checked out & made good impression!

Soon after its first simulations, Mr Zamel recruited Ted Obenchain, a former analyst at [SAIC and ] Eurasia Group, who had a similar desire to integrate technology into the world of strategic analysis.

In January 2014, Wikistrat analysts predicted the rise of a separatist movement in Crimea seeking Russian annexation. This process unfolded in March 2014, quite similarly to how Wikistrat had projected. As such, Wikistrat gained acclaim for being one of the first consultancies to produce an accurate forecast of the situation.

Some analyzing the situation went as far as to proclaim that Wikistrat “beat the CIA.”

Wikistrat’s global network of 1,300 expert participants hail from a variety of academic, military and government backgrounds.

A mercenary (Prince), a Middle East power broker (Nader), and the head of an Israeli version of #CambridgeAnalytica (Zamel) walk into a bar…. ok, actually Trump Tower, and meet with Donald Trump, Jr….🤔

Gee, WHAT COULD GO WRONG⁉️#treason#TrumpCrimeFamily _link

In 2004, while numerous institutional analysts struggled to integrate global terrorism into the US military’s existing rule-sets, Dr. Barnett published a controversial and innovative book – The Pentagon’s New Map: War and Peace in the Twenty-First Century – which posited a connection between globalization’s expansion and the rise in international terrorism. Moving beyond the haves and have nots, The Pentagon’s New Map identifies the “fault lines” in the contemporary geo-political environment as “neither religion (Islam) nor a place (the Middle East), but a condition – disconnectedness.” What separates developed and lesser-developed states, what Dr. Barnett refers to as “the Core” and “the Non-Integrated Gap,” is the willingness of nation’s to accept modernity.

○ What happened in the Seychelles: Erik Prince’s account | Vox |

From the Seychelles to the White House to Cambridge Analytica, Erik Prince and the UAE are key parts of the Trump story

As the Cambridge Analytica scandal was unfolding, I broke the story about a new company Emerdata Limited, created by Cambridge Analytica executives, that in early 2018 added new board members Rebekah and Jennifer Mercer, Cheng Peng, Chun Shun Ko Johnson, who is a business partner of Erik Prince, and Ahmed Al Khatib, a ‘Citizen of Seychelles’.

Emerdata Ltd director Ahmad Ashraf Hosny Al Khatib who was appointed on January 23, 2018, lists his nationality as ‘citizen of Seychelles’, where Erik Prince had his Jan 2017 meeting. HT @braillehttps://t.co/5Mz7ZmgslS pic.twitter.com/4gztv4ZpSI

In 2017 as Cambridge Analytica executives created Emerdata, they were also working on behalf of the UAE through SCL Social, which had a $330,000 contract to run a social media campaign for the UAE against Qatar, featuring the theme #BoycottQatar. One of the Emerdata directors may have ties to the UAE and the company name, coincidentally, sounds like a play on Emirati-Data … Emerdata.

The United Arab Emirates and people advocating for the interests of the UAE — including Prince, Nader, and Trump fundraiser Elliot Broidy who has done large business deals with the UAE — have started to appear frequently in news related to Mueller’s investigation.

One can add the Israeli defense specialist Joel Zamel to complete the scene at Trump Tower and his election campaign filled with dirty tricks designed by the broad Trump campaign team of multi-billionaires. 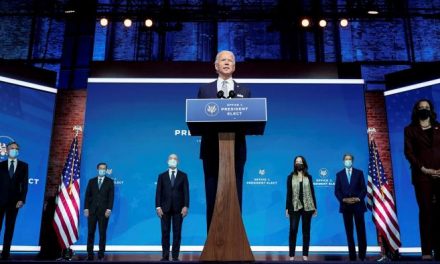 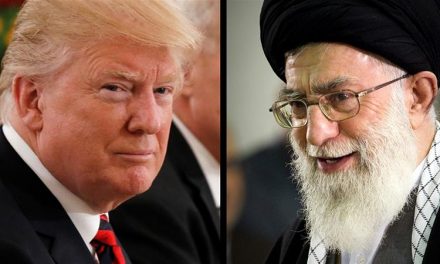 Mark Zuckerberg, Facebook CEO and founder, has accepted our invitation. He will come to the European Parliament. My full statement ⤵️ pic.twitter.com/FdmuDPl8Wb