How can U.S. foreign policy of the past several decades be explained in a systematic and rational way? The following chart – based on a model developed by political science professors David Sylvan and Stephen Majeski – reveals the imperial logic behind U.S. diplomatic and military interventions around the globe.

The American Empire and its Media

Largely unbeknownst to the general public, executives and top journalists of almost all major US news outlets have long been members of the influential Council on Foreign Relations (CFR).

Established in 1921 as a private, bipartisan organization to “awaken America to its worldwide responsibilities“, the CFR and its close to 5000 elite members have for decades shaped U.S. foreign policy and public discourse about it. As a well-known Council member once explained, the goal has indeed been to establish a global Empire, albeit a “benevolent” one.

Based on official membership rosters, the following illustration for the first time depicts the extensive media network of the CFR and its two main international affiliate organizations: the Bilderberg Group (covering mainly the U.S. and Europe) and the Trilateral Commission (covering North America, Europe and East Asia), both established by Council leaders to foster elite cooperation at the international level.

The Council on Foreign Relations– Is It a Club? Seminar? Presidium? `Invisible Government’? | New York Times – 1971 |

ON March 26, 1969, eleven places were set for lunch at the oval table in the Council on Foreign Relations’ stately meeting room overlooking Park Avenue. The guest list was not quite so distin guished as some from the past, judging by the photographs hanging on the black walnut paneling: Harold Macmillan chatting with Henry Wriston; John Foster Dulles wedged stiffly between John J. McCloy and Averell Harriman; John W. Davis towering over the King of Siam. But for a weekday working lunch, it was an impressive assemblage.

There was Cyrus Vance, recently returned deputy negotiator at the Paris peace talks …

In an administration that often regards New York’s elite with dis trust, a direct policy proposal may fall on deaf ears. For despite the dark suspicions of those who see the Council as an “invisible government” secretly dictating the nation’s foreign relations, there is little evidence that the Council as an institution can dictate to anyone in Washington these days, if indeed ever could.

But if one rejects the simple minded model of power relation ships in the Eastern Establishment, then one must also recognize that influence flows as well through more intricate channels: the personal ties forged among men whose paths have crossed time and again in locker rooms, officers’ messes, faculty clubs, embassy conference rooms, garden parties, squash courts and board rooms. If the Council has influence–and the evidence suggests that it does–then it is the influence its members bring to bear through such channels.

In an age when most traditional institutions are being challenged, the network of influence the Council symbolizes is increasingly coming under attack. Critics, within and without, are asking whether America can any longer afford such cozy, clubby approach to the making of foreign policy. In recent months, the attack has focused on the appointment of William Bundy— a leading member of the “club,” but also a prime implementer of a discredited Vietnam policy–as editor of the Council’s journal, Foreign Af fairs.

In times of increase fascism across the globe, this corporate influence on the media is simply propaganda from imperial powers. The result of the US declaring itself the leader of a unipolar world cutting ties with multilateralsism in the 21st century. A shame the Democrats see no other option but to go along with Republicans to extend an abhorrant foreign policy.

China’s military expenditure rose again in 2017, continuing an upward trend in spending that has lasted for more than two decades. Russia’s military spending fell for the first time since 1998, while spending by the United States remained constant for the second successive year. The comprehensive annual update of the SIPRI Military Expenditure Database is accessible from today at sipri.org.

`Continuing high world military expenditure is a cause for serious concern,’ said Ambassador Jan Eliasson, Chair of the SIPRI Governing Board. `It undermines the search for peaceful solutions to conflicts around the world.’

After 13 consecutive years of increases from 1999 to 2011 and relatively unchanged spending from 2012 to 2016, total global military expenditure rose again in 2017.* Military spending in 2017 represented 2.2 per cent of global gross domestic product (GDP) or $230 per person.

The Persian Gulf Kingdom of Saudi Arabia has emerged as the world’s fourth largest military spender in 2014 with a whopping 17-percent increase in its military budget, the largest of all top spenders worldwide.

As the global military expenditure totaled $1.8 trillion in 2014, the United States remained the largest spender despite a 6.5 percent reduction of its defense budget followed by “next three highest spenders – China, Russia and Saudi Arabia,” which “substantially” increased their military expenditure, according to a press release issued by the Stockholm International Peace Research Institute (SIPRI) citing its annual report on “Trends In World Military Expenditure, 2014.”

The report further points out that the political and military crisis in Ukraine has prompted many European governments to boost their military spending.

“The Ukraine crisis has fundamentally altered the security situation in Europe, but so far the impact on military spending is mostly apparent in countries bordering Russia,” said the SIPRI report, quoting one of its authors, Sam Perlo-Freeman.

All is not well in Libya 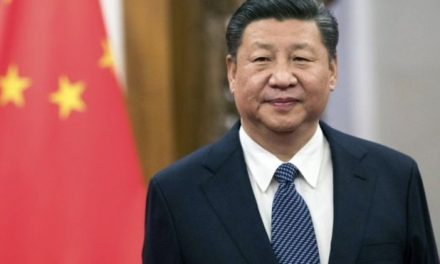 Geez … I too have plenty of old stuff in the attic! De Tweede Kamer presenteert bijzondere, stokoude boeken die op de eigen zolder zijn gevonden. pic.twitter.com/OiGzbsGn0B — Hanneke Keultjes (@hannekekeultjes) 31 May 2018 ○ First print “Wealth of Nations” found in collection Dutch Parliamant The Wealth of Nations, is the magnum opus of the Scottish economist and moral philosopher Adam Smith. First published in 1776, the book offers one of the world’s first collected descriptions of what builds nations’ wealth, and is today a fundamental work in classical economics. By reflecting upon the economics at the beginning of the… Read more »