The British Conservatives in a coalition with the American Republican party and the Israel lobby have set their agenda and won the political propaganda battle in a pull to the right. First Brexit and a few months later the upset victory of Donald Trump.

○ International Coalition to Defeat Democrats and Hillary in 2016

Israel was the primary recipient of the praise of the new man in the White House. Bibi Netanyahu got his revenge on the Obama administration and the Iran nuclear deal. The US Embassy moved to Jerusalem, by executive order a major accomplishment of Barack Obama was sent to the scrap hep of history. Just recently the arrogance of the right-wing political block in Israel set a new frontier: the Nation Law incorporated in the Basic Law of the Jewish State of Israel, its constitution.

How the Israel lobby is using Owen Jones | Electronic Intifada |

Last week the Jewish Labour Movement announced that Guardian columnist Owen Jones will be the big name speaker at an event the group is holding on 2 April.

Jones will lecture on “left anti-Semitism, the Middle East and the Labour Party.”

The Jewish Labour Movement scoring Jones appears to be a high-profile instance of a new push endorsed by Israel’s government to ensure that Palestine solidarity “instigators” are “singled out” from so-called “soft critics” of Israel.

According to The Jewish Daily Forward, the strategy – jointly developed by the Reut Institute and the Anti-Defamation League (ADL) – “calls for a big tent approach that accepts progressive critics of Israel” while also demanding “an all-out assault on leading critics of Israel, sometimes using covert means.”

“The instigators must be singled out from the other groups, and handled uncompromisingly, publicly or covertly,” the Reut-ADL report states, according to The Forward, which obtained a copy on condition it not publish the entire document.

The Jewish Labour Movement, a pro-Israel organization within the UK’s main opposition Labour Party, appears to be on board with this strategy.

Al Jazeera’s recent undercover documentary The Lobby  revealed the Jewish Labour Movement’s close ties to the Israeli embassy, as well as its campaign against BDS, the boycott, divestment and sanctions movement.

I have posted a comment recently, and the attack goes on unabated. Could this be another leadership battle within the Labour party?

For the avoidance of doubt: Peter Willsman is and always has been a loud mouthed bully. He disgusts me. (_link)

We've re-submitted our original complaint about @PeterWillsman. We believe that there is a prima facie case to bring disciplinary charges.The audio significantly departs from the attempted apology @JennieGenSec reproduced in her letter to us #JC9 pic.twitter.com/keY7Rso2xt

Thus the narrative is carried forward in a new attack on the British Labour party. Earlier in March, US media accused Russian president Putin of anti-semitism. This meme had been used occasionally before during and after the Maidan revolt in Kiev, Ukraine in 2014.

If you heard Putin say “Russia’s Jews aren’t worthy to be called Russian” would you take offense? I would. That’s an affront to common sensibility. It certainly sounds anti-Semitic to me.

When Senator Richard Blumenthal heard Putin imply that sentiment in a recent NBC interview he reacted strongly: “Repulsive Putin remark deserves to be denounced, soundly and promptly, by world leaders.”

The only trouble is that Putin never made that statement. Blumenthal was responding to NBC’s translation of Putin’s remarks in a TV interview with Megyn Kelly. But Putin didn’t speak the words NBC claims he did. NBC distorted his message.

I don’t know if it was done intentionally with political motive or if it was just incompetent journalism. But NBC’s mistranslation set off a chain reaction. Newser.com remarked that Putin critics have “assailed the leader for his apparent implication that Russian Jews aren’t true Russians.”

And in response to the media furor, leading Jewish organizations also chimed in:

Anti-Defamation League’s Jonathan Greenblatt stated, “President Putin bizarrely has resorted to the blame game by pointing the finger at Jews and other minorities in his country.” He added, “It is deeply disturbing to see the Russian president giving new life to classic anti-Semitic stereotypes that have plagued his country for hundreds of years, with a comment that sounds as if it was ripped from the pages of the Protocols of the Elders of Zion.”

The American Jewish Committee tweeted: “President Putin suggesting that Russian Federation minorities, be they Ukrainian, Tatar, or Jewish, were behind US election meddling  is eerily reminiscent of the Protocols of the Elders of Zion.”

When Boruch Gorin, a well-known rabbi in Moscow, traveled for the first time from Russia to the United States, a US Customs officer asked him whether he was Russian.

The semantics behind the exchange, Gorin said, are the reason that local Jewish groups remained largely indifferent to a remark about Jews aired Sunday by Russian President Vladimir Putin that to foreign ears sounded anti-Semitic.

In the interview with NBC News, Putin said that Russians who allegedly interfered with the 2016 US presidential election perhaps are “not even Russians,” adding “Maybe they’re Ukrainians, Tatars, Jews, just with Russian citizenship. Even that needs to be checked. Maybe they have dual citizenship. Or maybe a green card. Maybe it was the Americans who paid them for this work. How do you know? I don’t know.“

…
Across Eastern Europe, this linguistic distinction has plagued how officials’ statements are perceived abroad — not least in Poland. Amid rising diplomatic tensions with Israel over rhetoric on the Holocaust, the Polish attorney general, Zbigniew Ziobro, said in January that “after Nazi Germany attacked, millions of people were murdered in occupied Poland, including 3 million Poles.” That seemed to be in reference to the 3 million non-Jewish Poles killed during World War II, suggesting he did not consider the 3 million Polish Jews who were exterminated to be Poles. But in reality, the word “Jew” in Polish is used to refer primarily to ethnicity, not to nationality.

Putin’s answer in the NBC interview was translated into English without the nuance crucial to understanding it, said Gorin, who is a senior aide to Russian Chief Rabbi Berel Lazar, the head of the Chabad movement in Russia.

Lightning strikes twice or history repeating itself to serve a nefarious goal?

○ ‘Why Is Trump Silent?’ U.S. Lawmakers Ask After Putin Says ‘Jews’ May Be Behind Election Meddling | Haaretz – March 2018 |

Facing condemnation from allies and foes alike on Capitol Hill, President Donald Trump was outnumbered even in the Oval Office. Top aides gathered to convince the president to issue a rare walk-back of the comments he’d made raising doubts about US intelligence conclusions of Russian election interference as he stood alongside Vladimir Putin.

Vice President Mike Pence, National Security Adviser John Bolton and chief of staff John Kelly stood united in the West Wing on Tuesday in their contention that the commander in chief had some cleanup to do. They brought with them words of alarm from Defense Secretary Jim Mattis and Secretary of State Mike Pompeo, as well as from a host of congressional leaders and supporters of the president for whom Trump’s public praise of Putin proved to be a bridge too far.

Israel sets a new narrative, changes the definition of anti-semitism. 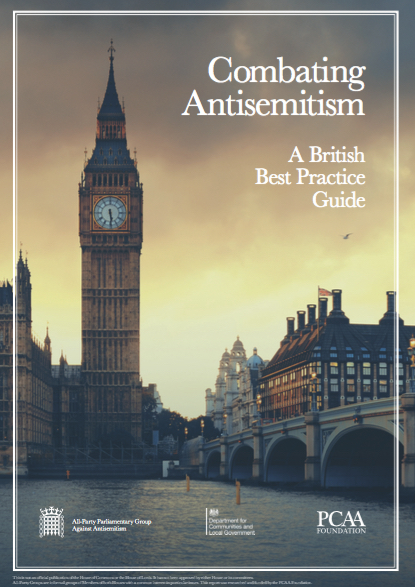 Of course I personally was labeled an anti-semite recently @BooMan. Completely unfounded, and with not a single post linked where there would be evidence. Simply I try to view the situation of Occupied Territories and the right for a Palestinian State through International Law, UN Security Council Resolutions and the fundamental right for people to choose their government, political leaders and live in an independent state.

The Democratic party has become unhinged after the unexpected defeat of HRC and seek Russian agents in a new era of McCarthyism. Reminds me of the 1960s and the anti-Vietnam war protests and demonstrations. Under Nixon this attitude led to bloodshed at Kent State University. The fervor of nationalism is a short way from fascism and intolerance.

How Russia Can Ease the Tensions

The War is Now On

Board of Deputies calls for Labour to expel Pete Willsman after ‘Jewish Trump fanatics’ rant Pressure mounted on Mr Willsman to stand down from Labour’s NEC after leading MPs including Deputy Leader Tom Watson, MPs Luciana Berger and Gloria Del Piero all launched scathing attacks on his remarks – made at the July 17 meeting of the Party’s ruling body which approved a controversial new antisemitism code of conduct, instead of the internationally recognised definition of Jew-hate. Now Peter Willsman’s disgusting rant against Jewish community & rabbis has been made public by @JewishChron, & what seems to be lying exposed… Read more »

Re: Character Assassination Doomed to Fail 🙂 (1.00 / 2) People of petty minds use slanderous false accusations when all arguments fail … I have NEVER posted an anti-semitic article … NEVER! When I make an analysis on the I-P issue my favorite links are legitimate Jewish publications as Jerusalem Post, Ynet News, The Forward, Mondoweiss and Tikun Olam of Richard Silverstein. This blog and its present gang cannot sink much deeper! My most recent diary @EuroTrib … ○ War On BDS, Progressive Left Under Attack Related article … ○ International Coalition to Defeat Democrats and Hillary in 2016… Read more »