The Sad Meta War Continues: My Answer To A Marduk Threat

But I also really would like to be able to post replies…including links …without constant threats, zero ratings and/or insults from four posters here-marduk, nalbar, centristfielddj and oaguabonita.

The NeoCentrist Gang of Four.

I told you you’d get zeroed for this spam and I told you why. Post in the diaries or post in the thread. Don’t spam your diary shit here.

And here is my posted reply/answer…which will most certainly earn other zeroes from these self-appointed “guardian(s)” of the site:

This is a war that you are eventually going to lose, marduk. You will either lose it by finally getting censured by Booman or you will lose it by winning and turning Booman Tribune into dKos Jr.

You people have already cheapened this site to the point that many dissenting voices have simply stopped coming here.

But I am not leaving, and neither will I kowtow to your power plays.

Vote with your ratings, folks. And your recommendations as well. Zero rate the Gang of Four when they try to run their meta shit and recommend/uprate posts that you like.

They want a war?

Let’s give them one.

It will be very much like a smaller version of the war about to happen in the Democratic Party.

I know where my alliances reside.

With unlimited freedom of discussion.

And I know where theirs reside.

They have position because they downrate freely and often…especially the marduk/nalbar twins. Thus their active opposition’s ratings have sunk so low that we have no zeroes available with which to retaliate. The opposition’s point has been not to censor, but to argue. Thus the problem.

Where do your alliances reside?

You know who you are.

Do your alliances reside with the censorship of power or freedom of speech?

Let’s see where the heart of this blog really lives!!!

Give them a taste of their own medicine. 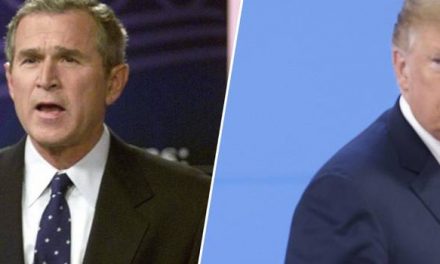 Good that you added the second alternative because I think marduk is a Booman sock puppet. That’s why Booman doesn’t do anything about his behavior while you and I are told to “watch it” when we commit thought crime.

I doubt it. Booman is pretty straightforward, I think. He’s a political nerd…and I mean that in a good way. He loves the ins and outs of DC politics, and I think that this site is beginning to bore him.

Martin loves his creation of the Pond. He has put in a lot of sweat and funds to keep the site running. There have been earlier moments of despair and offers of writing support by bloggers here at the site. Martin prefers to go it alone. I’m at a loss for words and saddened to see this place deteriorate by a few. The ratings abuse would have been a major offense years ago and you would be thrown off with a blink of the eye. The single intervention I have seen in recent days is all of nalbar’s ratings were… Read more »

Plus…Booman’s syntax is elegant. Perfectly readable and…if he is not always necessarily correct on the issues, he at least makes a good case for his points and does a great deal of research.

The entity Marduk’s syntax clomps like a wounded hippo and there is little or no evidence of any original thinking in what he writes.

[Cross-posted from EuroTrib – Oui] Family Law A personal matter … in a friendly surrounding many years ago, the Pond community reacted to living reality and empathy. Just a shout out … my daughter’s ugly divorce from a narcissistic partner, well educated and a lawyer, caused much grief and hardship. The Court actions lasted seven years and we managed to keep joined custody of her son. Son-in-law belonged to the Dutch Reformed Church … 😉 Damn! The costs were an extreme burden for my daughters and we as parents who gave her all support during those years. The lessons I… Read more »

The second case has been extremely rewarding. The woman is the eldest daughter of a large family of immigrant parents from Morocco. The family of eleven live in the metropolitan area of Amsterdam. Forced into marriage at the age of 19 during a “vacation” in the home country which was alien to her. During pregnancy she “escaped” with support of Dutch representation and due to some health issues. She became estranged from het parents in Holland and family members. Her strong character pulled her through, finished a higher education in the financials and began building on her career as a… Read more »

Knowing first-hand of the damage narcissists inflict, it’s always good to read or hear of cases like this where those targeted by narcissists win. A good friend of mine who is a psychotherapist often ends up testifying in divorce cases where one of the partners is a narcissist. Thankfully in court narcissists are often their own worst enemies. I get the impression that narcissists target specific personality types – namely those who tend to be highly conscientious and agreeable (i.e., very nice people). The psychological damage left in the wake of the relationships they destroy is long-lasting – for kids… Read more »

. . . I.e., his uprate of my comment above, which flagged for the record his incitement to ratings abuse.

Maybe there’s hope for this blog yet.

My snark was implied. I need to start including emoticons. 🙂