Pleasantly surprised by a four parts documentary on the history of the Middle East on Dutch television. Instead of the usual political propaganda, some excellent Arabists to narrate the story of Abdul Nasser from the Suez Crisis of 1956 – the War with Israel in 1967 up to the Islamic Revolution in Iran (1979).

During the secular leadership of Nasser in Egypt during the 1950s, his effort to create equality for the masses through a Arab socialism with land reform got him much praise. Nasser gave people hope of independence from foreign influence. President Dwight Eisenhower played an important role during the Suez Crisis to make clear to the British and French that the era of their empires ended after World War II.

More below the fold …
What put a new perspective in my mind was the 1980s and the religious turnaround in Saudi Arabia as a result of the establishment of an Ayatollah as leader of a nation across the Gulf. The Shah of Persia with all his riches, a security state backed by colonial powers, was overthrown by the masses. It was a warning to the House of Saud which had profited immensely from the 1973 oil embargo and quadrupled pricing of a barrel of black gold.

In Mecca there were religious extremists who occupied the Grand Mosque with very much the same purpose as was taking place in Tehran: overthrow of the monarchy to establish a nation under religious leadership. All participants were beheaded.

The handful of perpetrators who profaned the sanctity of the ancient house were tried. King Khalid bin Abdul Aziz issued order No. 4207 / 2 stipulating the execution of the arrested members of Juhayman’s gang who were involved in the seizure of the Holy Mosque. His orders included carrying out their execution in a number of different provinces, to make an example of them. On the same day 63 of those involved in the attack were executed: 15 in Mecca, 7 in Medina, 10 in Riyadh, 7 in Dammam, 7 in Buraidah, 5 in Hail, 7 Abha, 5 Tabuk. Juhayman was one of those who received a death sentence. He was executed on 9 January 1980.

What is special, the message was carried forward by the Saudi monarchy to establish religious madrassas and export Islamic fundamentalism across the globe. To get rid of the hot heads and fanatics, the invasion of Afghanistan by the Soviet Union offered a ideal opportunity. Unfortunately, the Carter administration thought the Cold War was more important than the American hostages holed up by the religious fanatics in Tehran.

The storming of the Mecca mosque by Juhayman al-`Utaybi and his fellow rebels in November 1979 represents one of the most spectacular events in the modern history of Saudi Arabia. Yet it is one of the least understood. Even decades after the event, many important questions remain unanswered. Who were the rebels and what did they want? Why and how did Juhayman’s group come into existence? What happened with the rebels and their ideas after the Mecca events? This article seeks to shed light on the story and legacy of Juhayman al-`Utaybi with new information gathered from extensive fieldwork in Saudi Arabia and elsewhere.

While the details of the Mecca operation are relatively well-known, the origin of the rebel group is shrouded in mystery. The existing literature on Juhayman’s movement is both sparse and contradictory. The interested student will find few in-depth studies of it in English. The Arabic-language literature on Juhayman is somewhat more extensive and has certainly been underexploited by Western academics, but many works suffer from inaccuracies and political bias. A key problem has been the absence of good primary sources, which has made it virtually impossible for historians to trace the origin and history of Juhayman’s movement in any significant detail. This changed in 2003 when Nasir al-Huzaymi, a former associate of Juhayman, lifted the veil on his past and wrote a series of articles in the Saudi press about his experience as a member of Juhayman’s group. Al-Huzaymi had been active in the organisation between 1976 and 1978, but left a year before the Mecca operation. He was caught in the police roundup after the event and spent eight years in prison. Al-Huzaymi has renounced his former Islamist convictions and now works as a journalist in the Saudi newspaper al-Riyadh.

Al-Huzaymi is one of several former Islamist radicals in Saudi Arabia who, from the late 1990s onward, began speaking publicly about their experiences as activists. While their emergence at this particular point in time was facilitated by the process of limited liberalisation initiated by Crown Prince `Abdallah in 1999 and to some extent exploited by the authorities as a counterbalance to conservative Islamist forces, it was by no  means  orchestrated  by  the  state.  These  repentants  had  emerged  gradually  in  independent communities and began speaking out before 9/11 or the 2003 terrorist campaign in Saudi Arabia. There are strong reasons to take al-Huzaymi’s testimony seriously. His account is descriptive, unflattering toward the authorities, and above all consistent with other key historical sources.

…
The 1950s and 1960s witnessed a few episodes of leftist and communist unrest in the Kingdom, which reinforced the regime’s conviction that a reliance on religious forces was the best means of social control. The accession to the throne of the pan-Islamist King Faisal in 1964 and the dynamics of the Arab Cold War further increased the budgets and the influence of the religious establishment and the Islamic organisations in Saudi Arabia. This created a context favourable to the development of local brands of Islamism, from which later movements of political-religious opposition would emerge.

At this time, two different types of Islamism developed in Saudi Arabia. One was pragmatic, political and elitist, and became known as the “Islamic Awakening” (al-sahwa al-islamiyya) or just “the Sahwa”. This represented the mainstream of the Saudi Islamist movement. On its margins emerged an isolationist, pietistic and low-class Islamist phenomenon, which can be termed “rejectionist” or “neo-salafi”. From the 1960s to the 1990s, the two strains coexisted, representing relatively distinct ideological approaches and sociological phenomena, although the former remained politically and numerically more significant. The Sahwa developed primarily on university campuses after the arrival, from the late 1950s onwards, of large numbers of members of the Muslim Brotherhood fleeing persecution in countries like Egypt and Syria. These individuals – many of whom were academics or well-trained professionals – would rapidly become the backbone of the newly established Saudi education and media sectors. It was partly through their impulse that the Sahwa gained momentum in Saudi universities in the 1970s and 1980s, before spearheading the reformist Islamist opposition of the early 1990s. Ideologically, the Sahwa represented a blend of the traditional Wahhabi outlook (mainly on social issues) and the more contemporary Muslim Brotherhood approach (especially on political issues). Politically, representatives of the Sahwa have sought to reform the state’s policies without ever straight-forwardly questioning the state’s legitimacy.

However, it is from the other Islamist strain – the rejectionist one – that Juhayman’s movement emerged in the 1970s. In 1961, The Islamic University of Medina had been set up under the leadership of the Grand Mufti Muhammad bin Ibrahim Al al-Shaykh and the later  well-known ‘Abd al-Aziz bin Baz. Both of them were eager to inspire a broader movement of Wahhabisation in the Hijaz, which for decades had enjoyed relative cultural and religious autonomy. They therefore encouraged their students to engage in proselytism (da`wa) and enforcement of religious laws (hisba). 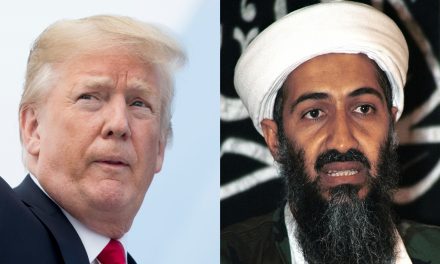