‘Charlottesville: Race and Terror’ tied for most nominations at the News and Documentary Emmy Awards 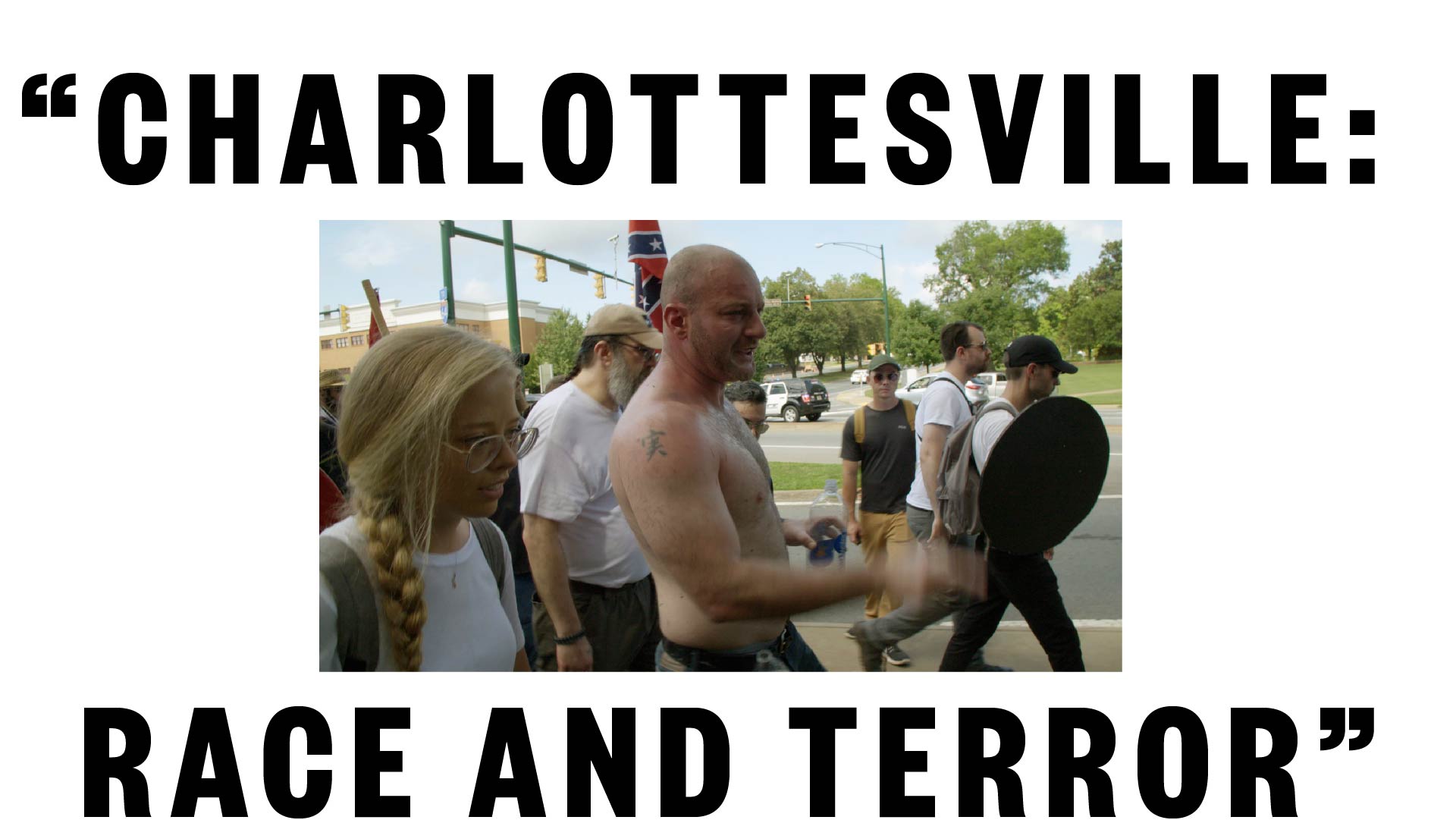 I mentioned that I would write about last August’s Weimar moment in Charlottesville in Putin and Trump-Russia at the Emmy Awards last month.  I then forgot about it until I reposted the entry at Booman Tribune and noticed that I had written “‘The Wounds of War’ and ‘Cries from Syria’ are probably the toughest competition, as both have four nominations each, tied for the most nominations for any single entry with ‘Charlottesville: Race and Terror’ by Vice News Tonight” and “I’ll be looking more at this category when I examine the nominees about Syria and Charlottesville.”  It’s time to follow through with an examination of “Charlottesville: Race and Terror” by Vice News Tonight, which is nominated for Outstanding Coverage of a Breaking News Story in a Newscast, Best Story in a Newscast, Outstanding Video Journalism: News, and Outstanding Editing: News.

Competing against “Charlottesville: Race and Terror” for Outstanding Coverage of a Breaking News Story in a Newscast were “BBC World
News: Fierce Fight for Mosul,” “CBS News: Las Vegas Massacre,” “Live Coverage of Hurricane Harvey” by The Weather Channel, and “NBC Nightly News with Lester Holt: Las Vegas Massacre.”  Mass shootings, hurricanes, and Syria dominated the news last year, so it’s no surprise they dominate the nominations and I plan on writing about all the nominees about them.  However, this is the only category in which any of the four competing entries earned a nomination, so I think Vice News Tonight did a better job of producing “Charlottesville: Race and Terror.”

On the other hand, the nominees for Best Story in a Newscast all had nominations in another category.  “Anderson Cooper 360°: Kids for Sale,” “CBS This Morning: U.S. Air Force Academy Sexual Assault,” and “The Situation Room with Wolf Blitzer: Libya Slave Auction” are nominated for Outstanding Investigative Report in a Newscast, while “World News Tonight with David Muir and Nightline: The Unwanted” had a nomination for Outstanding Hard News Feature Story in a Newscast.  Still, none of them also had nominations outside of these two categories other than “Charlottesville: Race and Terror,” so I suspect it has the inside track.

“Charlottesville: Race and Terror” finally ran into one of the other entries with four nominations in the field for Outstanding Video Journalism: News, where it is competing against “60 Minutes: The Wounds of War,” which is about the Syrian Civil War.  That made for an intriguing match-up.  The other nominees in this category include “BBC World News America: Fight For Raqqa – Darren Conway,” CNN’s “Global Warning: Arctic Melt,” and “Vox Borders,” none of which had other nominations.  Yeah, I think this contest was between Charlottesville and Syria.

The competition for Outstanding Editing: News appeared just as stiff, as Al Jazeera International USA’s “Fault Lines: Heroin’s Children” had two other nominations for Outstanding Science, Medical and Environmental Report and Best Story in a Newsmagazine.  The other nominees, “50 Years of 60 Minutes” and fellow “VICE News Tonight” reports “Battle for Marawi: On the Hunt for ISIS Militants” and “Libya: Intercepting Migrants,” only had nominations in this category.  My take was that the contest for this award is between Charlottesville and opiates/opioids.
The entire episode is on YouTube: Charlottesville: Race and Terror – VICE News Tonight on HBO.

On Saturday hundreds of white nationalists, alt-righters, and neo-Nazis traveled to Charlottesville, Virginia to participate in the “Unite the Right” rally. By Saturday evening three people were dead – one protester, and two police officers – and many more injured.

From the neo-Nazi protests at Emancipation Park to Cantwell’s hideaway outside of Virginia, “VICE News Tonight” provides viewers with exclusive, up close and personal access inside the unrest.

That’s a scary look at what a Weimar moment looks like in 21st Century U.S.A.

Neoconservatism Does Not Equal Pro-Israel

CNN also had a nominee examining Charlottesville.  “The Morning After Charlottesville” from “State of the Union with Jake Tapper” on CNN is contending for Outstanding News Discussion & Analysis.  Competing against it are “Special Counsel Appointed to Oversee Trump-Russia Investigation” from “The Rachel Maddow Show” on MSNBC, “All In America: Chicago” from “All In with Chris Hayes” on MSNBC, “NFL Town Hall: Patriotism, The Players and The President” from “Anderson Cooper 360o” on CNN, and “High Alert: North Korea” from “This Week with George Stephanopoulos” on ABC.  Here is one of the segments from the show CNN has uploaded to… Read more »