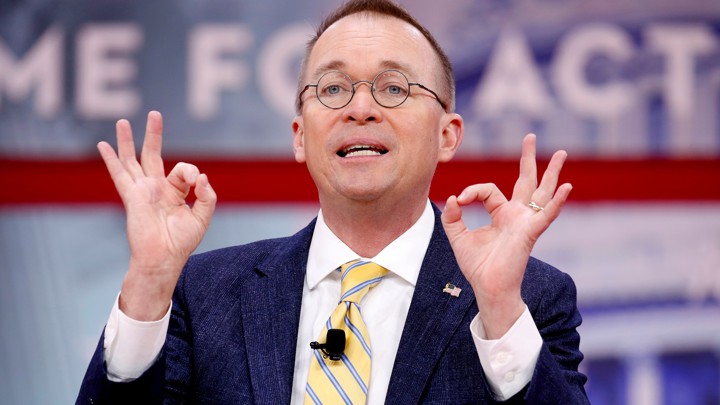 Trump literally could not find anyone willing to serve as his chief of staff, which is pretty amazing when you consider that the White House chief of staff is arguably the second most powerful person on the planet. They actually know more than the president since they basically get to decide who has access to the president. Of course, with Trump, controlling access is a challenge.

In obvious desperation amidst scorchingly contemptuous press coverage, Trump impulsively gave the job to Mick Mulvaney via Tweet, late Friday afternoon. Mulvaney will only hold the job in an “acting” or interim basis, and he won’t step down as the director of the Office of Management and Budget. To get an idea of how pathetic this is, Mulvaney is on the record as believing that Donald Trump is “a terrible human being.”

During a debate with his then-congressional challenger, Democrat Fran Person, on Nov. 2 of 2016, less than a week before Trump was elected president, then-congressman Mulvaney was blunt with those gathered at York Middle School in York, South Carolina.

After decrying the Democratic nominee, former Secretary of State Hillary Clinton, as a liberal who would take the country in the wrong direction, Mulvaney said he was supporting Trump, essentially by default.

“Yes, I am supporting Donald Trump, but I’m doing so despite the fact that I think he’s a terrible human being,” he said, according to a report in The State newspaper.

This is what passes for a good relationship for the president. Many sources, including the Washington Post, say that Trump and Mulvaney have an easy rapport and that the president hired Mulvaney primarily because he likes him.

In truth, he grew frustrated that he was being humiliated in almost ritual fashion as one candidate for chief of staff after another took a pass. Mulvaney is basically giving Trump a fleeting mercy fuck, and this is despite knowing full well that he will be serving a terrible person.

I’m sure this will end well. 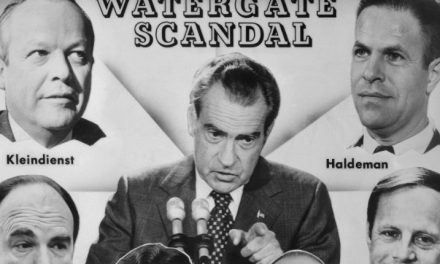 What Really Happened at the White House Yesterday

It sure didn’t take Jared and Ivanka very long to start planting stories in the media.

After decrying the Democratic nominee, former Secretary of State Hillary Clinton, as a liberal who would take the country in the wrong direction, Mulvaney said he was supporting Trump, essentially by default.

Sacrifices must be made — including one’s feelings — if the alternative is having the government fall into the hands of Them.

Alexander Stevens, for example was opposed, sometimes vehemently, to  many of Jefferson Davis’s policies — and still served as Confederate Vice President.

In obvious desperation amidst scorchingly contemptuous press coverage, Trump impulsively gave the job to Mick Mulvaney via Tweet, late Friday afternoon. Mulvaney will only hold the job in an “acting” or interim basis, and he won’t step down as the director of the Office of Management and Budget. First, do people know the OMB has recently said that climate change is no big deal?  Who ever wrote the report(s) were obviously trying to please Mulvaney.  Second, he can be called to testify before Congress if he stays on as head of OMB.  That has to be awkward, not to mention… Read more »

Pretty sure Mulvaney’s deputy, Kathy Kraninger, has been confirmed as the new director of the CFPB. Presumably, the South Carolina Grifter Extraordinaire will now stop doing whatever he was doing there and proceed to ffail utterly as CoS for the Deranged Orange Monster.

DT is used to getting mercy fucks, so he should be right at home.

Does Mulvaney get two salaries?

Three…isn’t he still Budget Director, head of the CFPB and now CoS?

I’ve enjoyed watching “All The President’s Men” even more in recent months. I wonder why?

A paraphrase of one of the best lines of the movie comes to mind here:

“If you guys could just get Mick Mulvaney, that would be beautiful.”

The same sentence could be repeated with dozens of Trump associates named in each.

Excellent, thanks! Now I’ve got to watch it again too. Here’s a live link to your article.

That’s a worthwhile piece. Thanks for sharing it, and congratulations on getting it published. The reporters’ dual paths to discovering the Dahlberg donation is one of the finest segments of the film, and details the sort of persuasive skills reporters need to have. I’m glad you highlighted that segment. Goldman’s choice to have the action end at a moment when the Post had exposed itself to dangerous attack from the Nixon Administration by messing up their delicate communications with a source was quite provocative. It hits an issue which preoccupies me. I’m fascinated by the culture’s moral manipulations of historical… Read more »

The Post is absolutely dreadful. I have no idea why it’s so bad — I can only conclude that Spielberg was somehow so focused on pre- or post-production for Ready Player One that he just “phoned it in.” I’ve never seen Hanks and Streep be worse, and the script is not only historically bad; it’s cinematically a complete flop.

Thanks for your kind words about my article!

Now I’m watching HBO’s broadcast of “Panic: The Untold Story of the 2008 Financial Crisis.” It’s a documentary framed by a recent gathering at a swank hotel of a couple of hundred ultra-connected people (including Dodd and Frank!!!) who are there to hear Paulson, Bernanke and Geithner hold court to reminisce about their Great Men Moments of 2008-09. Andrew Ross Sorkin is there to explain to us that the three deserve credit for taking on the enormous and thankless tasks which, in Sorkin’s general telling, were the right things to do, but created the populism which led to Trump. Oh… Read more »

I always thought Paddy Hirsch did an admirable job of explaining the mess we were in. NPR ain’t all bad:

I’m sure this will end well.

More likely it will end soon, than end well.

There are few if any republicans, from establishmentarians to true believers, not never Trumpers though they may be, who haven’t trashed Trump in the past at some point.  Its not news that a Trump trashing comment has been unearthed from Mulvaney’s past. But Mulvaney isn’t leaving his day job to take on the role.  How can one person credibly do both?  Can he play head white house butler, footman and nanny to Javanka, pretend Trump is a genius, while continuing his important work destroying the CFPB?  Or did Mulvaney just allow Trump to use his name just to end yet… Read more »

How the hell can anyone keep track without a scorecard that looks like it’s been filled out by rabid wolverines?

Mick Mulvaney is a pretty terrible person, too.

Mulvaney’s in it for the money & willing to grift for what he can get.  Trump was desparate.  This is what it’s come down to for MAGA man.

Mulvaney’s the Tea Baggers ultimate Tea Bagger: no values, no morals, a total con grifter, just in it for himself alone and for the money.

In many ways, Mulvaney suits Trump down to the ground.

Birds of a feather…