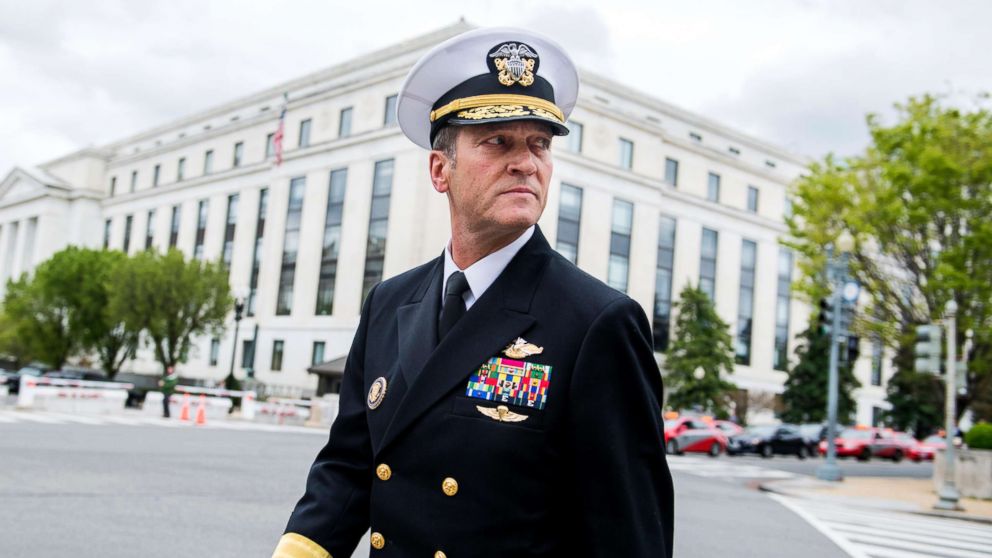 They call Dr. Ronny “the Candyman,” and not because he rolls those laughing bones.  It’s not because he’s reportedly known for getting drunk on the job and creating a hostile work environment. In truth, while serving in the White House,  Rear Adm. Ronny L. Jackson has passed out prescription medication like it is candy.  For all of those reasons, and also because he claimed that President Trump was in excellent health due to his “great genes,” Dr. Ronny was rejected by the U.S. Senate when he was nominated to be the Secretary of Veterans’ Affairs.  Apparently, the inspector general of the Pentagon’s investigation of Jackson is still ongoing.

The president was furious when his personal doctor didn’t get a job in his cabinet and he placed most of the blame for the failure on Senator Jon Tester of Montana. He campaigned hard against Tester’s reelection in 2018, but he failed in that effort, too.  Perhaps out of spite, he kept Jackson on as employee of the White House Medical Office despite all of the allegations against him.

Something stranger is going on now. Trump has asked the Senate Armed Services Committee to promote Jackson in rank and give him a second rear admiral’s star.  In addition to that, he’s announced that Jackson “will serve as assistant to the President” and resume his role as Trump’s chief medical advisor.

You’d think that someone facing an active investigation could wait to get a military promotion, but the president is in some kind of hurry. It could be related to the fact that he’s not in the greatest health and Dr. Ronny has been a great help with that in the past.

Despite test results indicating that Trump is borderline obese and has a common form of heart disease — and worsening cholesterol and coronary calcium levels — Jackson described Trump as being in “excellent health,” and joked that if the President had a “healthier diet over the last 20 years, he might live to be 200 years old.”

At the time of Jackson’s last medical assessment of Trump, there was much speculation that the president is suffering from some kind of progressive mental decline, but Jackson administered the Montreal Cognitive Assessment test and declared that Trump had registered a perfect score. Now the president is due for his annual physical exam again, with an appointment at Walter Reed scheduled for February 8th. Perhaps he didn’t want just any doctor doing the tests.

That’s one possibility, although maybe he just doesn’t care what anyone thinks and his number one priority is to keep the Candyman closer at hand.