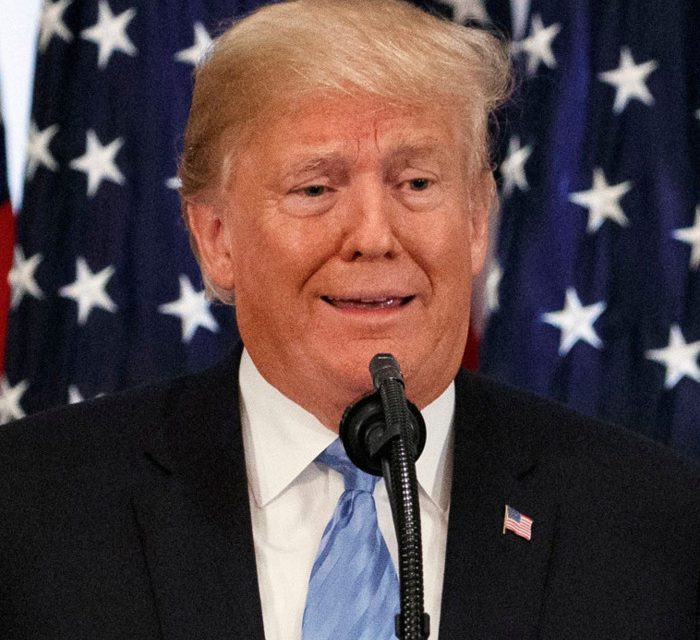 You’ll often hear people say that someone is playing chess (or even multi-dimensional chess) while their opponents are playing checkers, which is meant to convey that one strategy is more complex and forward-thinking than the other. This is not really a very useful analogy. A better one would be to compare chess to poker. One main difference between chess and poker is the distinction in how much the players know about their opponents. When you play chess, you can see all the pieces at all times and you know the rules on how they are permitted to move, so you have perfect information. In poker, you do not know what cards your opponent is holding in his hand, and you also don’t know which cards will emerge from the deck, so you have imperfect information.

Because of massive storm damage, the Democrats know that Congress must produce a disaster relief bill very quickly to alleviate the suffering of people in southeastern and midwestern states that are primarily represented by Republican legislators.

Senate Republicans from Georgia, Nebraska and Iowa, all of which are set to receive money, warn delaying the relief package until next month would be a major disappointment.

“Yes, there’s a time crunch. We need to get it done as soon as possible. We need to have a down payment. My staff worked really hard with the Appropriations Committee staff so we could include disasters from 2019 in order to be able to have those funds available,” said Sen. Deb Fischer (R-Neb.).

“We need to get some aid out there. People all across the state have been traumatized. This has been a huge event to hit Nebraska,” she added, warning that “people will be more stressed” if they have to wait until May.

But the Democrats also know that the president is having a feud with Puerto Rico and is opposed to giving the island any further disaster relief.

…Trump’s latest attacks, including false claims that the federal government has provided $91 billion in recovery aid for Puerto Rico, have led to an increasingly public fight between the president and the top officials of a U.S. territory struggling to recover from a hurricane that killed thousands of Americans.

Trump has grown increasingly frustrated with Puerto Rican recovery efforts and the federal disaster aid that he claims is being misused. He has asked top advisers about ways to limit federal support going to the island in the wake of the 2017 hurricane, which knocked out power on the island for months.

A massive emergency aid bill for victims of hurricanes, wildfires, flooding and other natural disasters was defeated in the Senate on Monday amid a fight between Democrats and Trump over the Puerto Rico relief.

In addition to basic disaster relief funding, the Democrats want to allocate money to redesign Puerto Rico’s water distribution system so that it can withstand future hurricanes. President Trump is ardently opposed to this and told a closed-door meeting of Republican senators that he would not support any bill including that aid.

The Democrats understand that the president is locked into a position. They can see his cards and they know his possible moves. They know that they have only one chance to win aid for Puerto Rico and that is to tie the aid to states that are primarily represented by Republican lawmakers.  They know that their Republican colleagues will pay a massive political price if this aid is delayed and an even bigger one if it is not forthcoming at all.  All they need to do is hold firm. If they do not, they lose.  But if they maintain their strategy, they will eventually get what they want, perhaps with the additional bonus of a very large political benefit. It is not hard to game out because they have all the information they need. They don’t know for certain that they will win, but they know that if they lose, their opponents will suffer an even larger loss.

The president should be able to understand the Democrats’ position, but he doesn’t care to examine all the information that is available to him.  This is a self-inflicted way of creating an asymmetric game where his side stands to lose more than the other team. If this were poker, he’d be making a big bluff but doing it without realizing that the cards already on the table have information that could better help him understand his odds of winning.

He’s also playing a team game as a solo player. The congressional Republicans cannot win in this situation because they suffer when the president loses, but the president must lose in order for them to win.  If they play along with the president long enough to cause a delay in aid, they will be damaged. If they then override his objections and pass a veto-proof aid package, they take another hit for defying their own leader. And if they back him and the Democrats do not give in (and they have absolutely no incentive to give in) then the people in their states will turn on them with real fury.  Their best play is to make sure the aid is delivered promptly, which means that they should demonstrate to Trump immediately that they will override him if he persists and then follow through on the threat if they have to.

That’s the best solution available to them. The vast majority of them do not oppose the aid to Puerto Rico if it is part of a package that also provides help to themselves or their colleagues.  So, they will incur no loss if Puerto Rico gets a hurricane-resistant water system and more recovery money.  Their other losses are unavoidable as long as the president persists and the Democrats don’t cave ((and the Democrats have absolutely no incentive to cave).

The president wants people to think that he is master negotiator, but he only does well when the odds are overwhelmingly in his favor. If it would cost an unpaid contractor more money to take Trump to court than he is owed, he has no choice to take whatever partial payment is on offer. But Trump does not do well in negotiations where the playing field is closer to even.  The main reason for this is that he is bad at game theory.

It often infuriated Democrats, but President Obama studiously avoided picking fights he was very unlikely to win.   If winning was going to require the Republicans to negotiate and offer concessions, he was almost never going to come out on top. In his second term, he adjusted his strategies to reflect this constraint rather than railing against a constraint he could not change.

“We’re not just going to be waiting for legislation in order to make sure that we’re providing Americans the kind of help they need. I’ve got a pen and I’ve got a phone,” Obama said Tuesday as he convened his first Cabinet meeting of the year.

Unlike Obama, President Trump focuses much less on results than on preserving the impression that he is fighting for the things that please his base. It’s useful to see how this manifests itself, because one persistent criticism of Obama’s negotiating style was that it didn’t have enough passion. Brendan Nyhan dubbed this “the Green Lantern theory of the presidency.”

During the Bush years, [Matt] Yglesias coined the Green Lantern Theory of Geopolitics to mock conservatives who believed that “[t]he only thing limiting us is a lack of willpower” in foreign policy. What he identifies here is nothing less than a Green Lantern theory of the presidency in which all domestic policy compromises are attributed to a lack of presidential will. And, like the Green Lantern theory of geopolitics, this view is nonfalsifiable. Rather than learning from, say, the stimulus vote that Obama faces severe constraints in the Senate, liberal GL proponents have created a narrative in which all failure and compromise is the result of a lack of presidential willpower. ([Jane] Hamsher, for instance, claims that “The failure to establish a public option to control medical costs and increase competition is President Obama’s failure alone.”) It’s a fantasy world.

There’s a legitimate difference between idealism and pragmatism. Some people want to push the country in a different direction and aren’t overly worried about time constraints. If you’re trying to overcome discrimination, for example, short-term losses don’t necessarily concern you. You’re in it for the long haul and the name of the game is moving the Overton Window. But people in power or trying to gain power have to be concerned with short-term results and political considerations. They need to pass appropriations and deliver disaster relief, and failing to do so because of unrealistic demands or poor game theory is not acceptable.

If Obama didn’t bring enough drama to rile up his base and therefore oversaw two disastrous midterm elections for his party, he also didn’t blindly waddle into the threshing blades by repeatedly demanding that the Republicans do things and then watching them win simply because they refused to do them. Obama wanted to get the best results available and he realized that short-term political gain from posturing would eventually be swamped by punishment for lack of delivery.

Trump is nearly the opposite. He will take short-term political hits and he will watch legislative efforts die in predictable balls of flame. He really doesn’t care what happens or what he delivers as long as his base sees that he is fighting for them. Denying aid to Puerto Ricans is what his base wants to see. If Trump eventually has to give aid to Puerto Ricans, he really doesn’t care. His base will remember that he opposed that aid, and that’s all that matters to him.

When he stands for reelection, he’ll get to test whether pleasing his base with rhetoric and posturing is going to make up for failing to deliver on much of what he promised. He’ll also find out whether his base is all he needs to win.

It could be that Trump’s approach is better electoral politics than Obama’s approach, although based on the results of Trump’s first midterm elections it doesn’t seem like he’s found a better answer. It’s definitely not better governance.

Trump would be a better negotiator if he wasn’t so transparent. On the other hand, if he was better at getting what he wants, he’d be an even worse president. Ironically, he’d be even more disastrous if he were a team player and understood game theory. We should be relieved that he lets the Democrats play chess while he is playing poker.

The Motivating Environmental Crisis in the Mirror