After Being Invited to Visit, Trump Insults the British Again 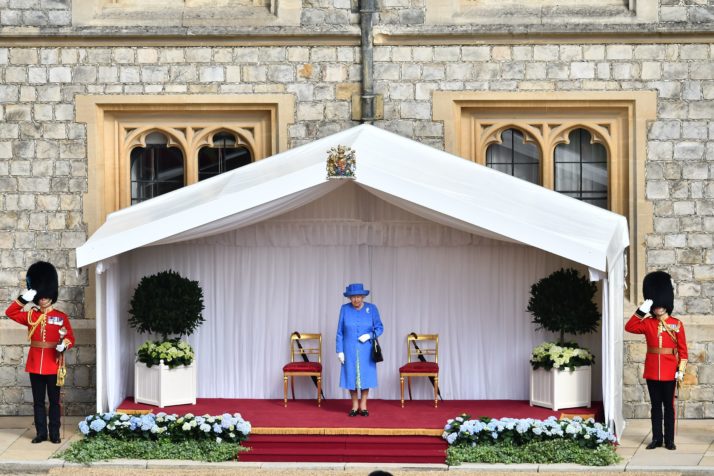 Other than a concern for keeping up appearances, I don’t know why Queen Elizabeth II invited Donald and Melania Trump to make a state visit to the United Kingdom in June. They are obviously not welcome there. Her reward came one day later when Trump used Twitter to endorse the conspiracy theory that the U.K. spied on his presidential candidacy. This isn’t the first time Trump has embraced this theory, nor is it the first time that the U.K.’s intelligence services have responded with undisguised contempt.

British intelligence issued a withering response to the theory, saying: “As we have previously stated, the allegations that GCHQ was asked to conduct ‘wire tapping’ against the then President Elect are nonsense. They are utterly ridiculous and should be ignored.”

It’s ungracious of the president to attack the British government after the Crown ignored the will of the people and offered their hospitality. The last time this happened, the White House quickly apologized.

The White House has apologized to the British government after alleging that a UK intelligence agency spied on President Donald Trump at the behest of former President Barack Obama.

The official described the conversation as “cordial” where McMaster described Spicer’s comment as “unintentional.”

McMaster also told his counterpart that “their concerns were understood and heard and it would be relayed to the White House.”

Here is what I wrote at the time:

Apparently, there were “at least two calls” from annoyed British officials in addition to a direct call to Sean Spicer from the British ambassador. I watched BBC News last night and they spent the entire time treating our president like a submental unbalanced charlatan, which is what he is. The main point they were keen to reiterate every five minutes was that the GCHQ (the U.K.’s equivalent to our National Security Agency) flatly denied that they had spied on Trump and that they wanted everyone to know that our president was full of “nonsense” and shouldn’t be taken seriously in the least.

Taking the two incidents together, the British have now informed their citizens variously that our president says “utterly ridiculous” things, is full of “nonsense,” “shouldn’t be taken seriously in the least,” and “should be ignored.”

This is kind of what our own intelligence services have been trying to tell us, which is supposedly some Deep State plot to stage a coup.

The last time the Trumps visited the queen, they acted about as boorishly as you’d expect. Actually, if you include Trump’s behavior after he got home it was worse than anything we could have imagined.

The president’s visit to Britain was broadcast live on television, including footage of the 92-year-old queen waiting for Trump for 12 minutes and looking at her watch.

And here is what Trump told his supporters happened:

U.S. President Donald Trump told supporters that Queen Elizabeth II kept him waiting during his first official visit to the United Kingdom, blaming the media for reporting he’d been the one who was late for their meeting.

This is all par for the course with our president. You can’t buy class and you can’t make a pathological liar tell the truth.

Everyone Knows That Boris Johnson is a Knucklehead

The Latest in the Russian Lawyer Story