In what has alternatively been described as a run-out-the-clock or torch-it-all strategy, President Trump has decided not to allow current and former administration officials to testify or produce documents for congressional oversight inquiries. In particular, he is fighting to prevent former White House counsel Donald McGahn from complying with a subpoena. There is a lot of commentary available about what this means. Is Trump a wannabe tyrant? Is this a constitutional crisis? What can or should the Democrats do in response?

On that last point, I have a possible response, and it’s probably not what you think.

Mike Allen of Axios quotes a source “familiar with the president’s legal strategy” who says “”Trump can run out the clock by taking a hardline position. The president thinks it’s in his political interest to keep the fight going, and make it harder for the Democrats to have a coherent message.”

If you keep this stalling strategy in mind, my solution may seem somewhat ironic.  But, before I get to my recommendations for the Democrats, I need to explain some history. Have you ever asked yourself why Congress has the right to hold people in contempt?  After all, there’s nothing specific in the Constitution that gives them that power.

To get the fullest possible answer to that question, I recommend that you read an article by legislative attorney Todd Garvey that was published by the Congressional Research Service on May 12, 2017. What I will do here is provide a brief summary.

In 1795, two men offered bribes to three separate congressmen. These congressmen introduced a resolution calling on the Sergeant-at-Arms to arrest and detain the two men “pending further action by the House.” A special committee was established to investigate, and they recommended that the House hold a trial. Of course, they then had to determine what would constitute a fair trial. Here is what they decided:

Upon adopting the resolution and after considerable debate, the House determined that the following procedures be adhered to: First, the complaining Members were to submit a written signed information to the accused and for publication in the House Journal. In addition, the accused were to be provided counsel, the right to call witnesses on their behalf, the right to cross-examination of the complaining Members through written questions submitted to the Speaker, and adequate time to prepare a defense.

The trial was held using these procedures. The House voted 78-17 to find one of the accused guilty of contempt for trying to corrupt the integrity of its members. The other man was essentially found not guilty.  This was the first exercise of Congress’s “inherent contempt power.” It’s one of three ways in which Congress can try to compel citizens to comply with their requests for information.  They can actually arrest people, hold them over for trial, and issue punishments without any help from either the executive or judicial branches.

The second way Congress can try to enforce a subpoena is to make criminal referral to the Department of Justice. They send a contempt citation to the Department of Justice via the U.S. Attorney with jurisdiction.  The obvious weakness here is that they are often depending on the executive branch to enforce a subpoena against an executive branch official, and this may not happen.

The third option is for Congress to “seek a civil judgment from a federal court declaring that the individual in question is legally obligated to comply with the congressional subpoena.” The problem here is that it can be a lengthy process with an uncertain outcome.

According to Mr. Garvey’s research, Congress has not utilized its inherent contempt power since 1935. There are a variety of reasons why the practice fell out of favor, but for almost half of this country’s history it was the primary way that Congress imposed its will. It wasn’t until 1857 that Congress enacted a statutory criminal contempt procedure that allowed them to enlist the help of the Justice Department, and they made little use of it for another twenty years.

One reason Congress wanted an alternative to holding trials for contempt is that they were time-consuming.  For a long time they were reluctant to use this alternative, however, because it was seen as more punitive than coercive, and therefore unlikely to result in them successfully receiving the information they were seeking.  Indeed, once someone has been found guilty of contempt of Congress in the federal courts, their obligation to Congress is generally finished. Only in rare cases has Congress intervened to rescind a criminal referral after a witness relented and agreed to cooperate.  This process has a decent deterrent value, as non-cooperating witnesses can receive fines and jail time. It generally does not get Congress what it actually wants.  These shortcomings were gradually accepted as preferable to holding congressional trials.

As for civil enforcement of subpoenas, this is a relatively new option. In 1978, the Senate created a procedure that gives the U.S. District Court for the District of Columbia the jurisdiction to enforce their subpoenas. The House has no formal procedure in place, but has occasionally used a special authorizing resolution to accomplish the same thing.  The advantage of going this route is that it lets the judiciary arbitrate disputes between the legislative and executive branches. If Congress can’t get the U.S. Attorney General to comply with their requests, the civil enforcement avenue is the way to go.

Now, you probably want to know how all of this is applicable today.

The basic constitutional crises we have is that the executive branch is refusing to honor congressional subpoenas, and Congress certainly cannot compel the Department of Justice to act as their enforcement arm.  That knocks one Congress’s three options out from under them.  They could go to the courts, but that is time-consuming. The fact that the White House wants to go to court indicates that they see stalling as a viable strategy for thwarting the will of Congress.  Trump has even gone so far as to sue Democratic chairman Elijah Cummings of the House Government Reform and Oversight Committee in an effort to avoid compliance. Clearly, relying on the Courts to back them up is not consistent with a timely resolution of these matters. They’re also not guaranteed to win given the conservative bent of the Supreme Court.

Given that Congress doesn’t seem likely to vindicate its interests in a satisfactory manner through the first two options, that leaves the one that has lain dormant since 1935.  They could, for example, have the Sargent-At-Arms arrest Don McGahn and hold him over for trial in the House.

Before I go on, I must warn you that this too could fail. There are some judicially-imposed limitations on Congress’s inherent contempt authority. Namely, based on the partially superseded 1881 Kilbourn v. Thompson ruling, the information Congress seeks must be plausibly related to legislation they might pass or some regulatory scheme they’ve enacted.  A conservative Supreme Court might find reasons to side with the president and argue that anything from his tax returns to the relevancy of the infamous Trump Tower meeting with the Russians does not meet that criteria.

However, based on strong precedent and the facts at hand, Congress would still be an excellent position to win any challenge to their authority to hold a contempt trial of their own for Don McGahn and for other holdouts, like former chief of the White House‘s Personnel Security Office Carl Kline.

After a careful review of the relevant case law and congressional precedent, Mr. Garvey concludes that the House could create a select committee dedicated to compelling the enforcement of their subpoenas, which would help them avoid tying up regular business on the floor.

Ordinarily, I would never advocate taking such a radical step. The procedure seems anachronistic, and the idea that a citizen can receive a fair trial in a political body like the House of Representatives seems absurd and would probably be perceived that way by the modern mind. I don’t like the idea of Congress locking people up.

But the Trump administration is taking steps that are far more alarming and radical and norm-shattering than what I am proposing. I honestly don’t see how Congress has any alternative other than to lose this battle, and a lot of their power and prestige along with it.

In truth, I am no more than modestly concerned about congressional prestige. They need to invoke their inherent contempt authority less for themselves than for the rest of us. This rogue presidency is dangerous and cannot be left unchecked. There is still one way to check them, and as crazy as it might sound, it’s perfectly legal and has a long history.

So, yeah, Congress needs to get rough with non-complying witnesses and lock ’em up. 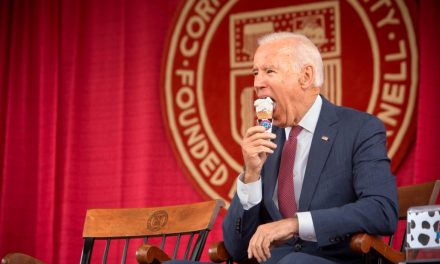 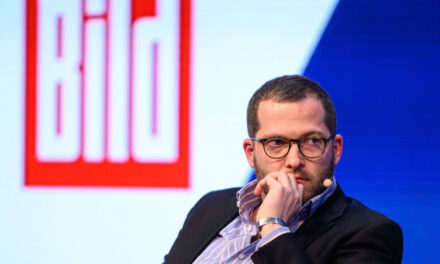 Prepare for Reporting at Politico to Get a Lot Worse