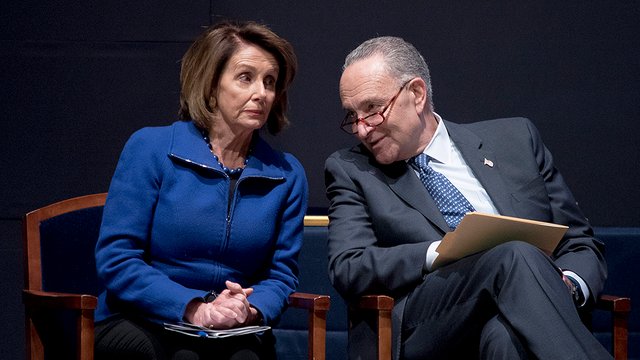 There was a meeting at the White House today where the participants tried to pretend that things are normal in our nation’s capital.  Nancy Pelosi, Chuck Schumer and some other key Democrats trudged up Pennsylvania Avenue to discuss the possibility of passing a “bold” infrastructure bill with the president. By all accounts, the meeting was surprisingly civil.

In unusually positive comments about negotiations with the president, House Speaker Nancy Pelosi (D., Calif.) and Senate Minority Leader Chuck Schumer (D., N.Y.) both praised the meeting as productive and said they had agreed to return in three weeks to hear Mr. Trump’s ideas about how to pay for an infrastructure bill.

“There was goodwill in this meeting and that was different than some of the other meetings that we’ve had,” Mr. Schumer said.

Mrs. Pelosi said the two sides had “come to one agreement: that the agreement would be big and bold.”

There was one other development of consequence. Trump suggested that Congress revisit a bill introduced by Sens. Patty Murray of Washington and Lamar Alexander of Tennessee which would restore funding for the cost-sharing reduction subsidies that are a key component of the Affordable Care Act. Trump stopped paying these subsidies in October 2017, and it led to an increase in price for medical insurance, particularly for the Silver Plans in the Obamacare marketplace.

As he seeks reelection, Trump is looking for ways to brings down insurance costs, and he’s asking Schumer and Pelosi to give him an assist. He will probably find more resistance from his own party, but if he pushes for it he may get what he wants.

The Democrats’ congressional leaders also seem inclined to help Trump get a signature legislative achievement. At the least, they want to give the impression they’re open to working with him in a bipartisan way to pass a major “big and bold” infrastructure bill.  They agreed that something in the $2 trillion ballpark would be appropriate.

While is seems as if everyone was on their best behavior in this meeting, the major obstacles to enacting an infrastructure bill were not really addressed. The Democrats aren’t inclined to support anything close to the kind of bill that Trump floated in February which was pegged at a mere $200 billion and relied on funding from state and local governments and private investors. The Republicans weren’t willing to spend $200 billion in federal money then, and they certainly won’t want to spend $2 trillion on roads, bridges and airports now.

The Democrats will return to the White House in three weeks to hear how Trump plans on raising $2 trillion, but we already know that Schumer opposes raising the gas tax unless there are corresponding reductions in Trump’s tax cuts for the wealthy.  The Republicans aren’t going to give up their most prized accomplishment of Trump’s first-term in office, so the prospects of a compromise solution don’t look promising.

Back in the real world, Joe Biden went on ABC’s “Good Morning America,” and said if Trump doesn’t relent on his refusal to cooperate with congressional investigations, the Democrats will “have no alternative to go to the only other constitutional resort they have: impeachment.” 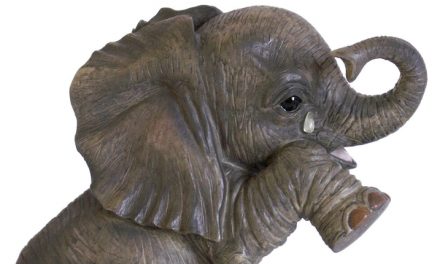 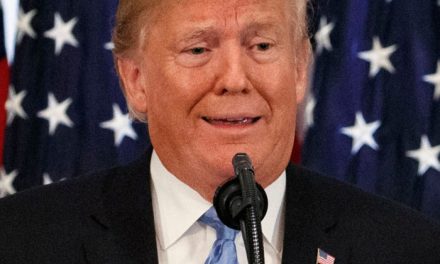 No One Told Trump There’d Be Days Like This

How Biden Got Inside Putin’s Head