The Trump Administration is Inviting Another Deepwater Horizon Event 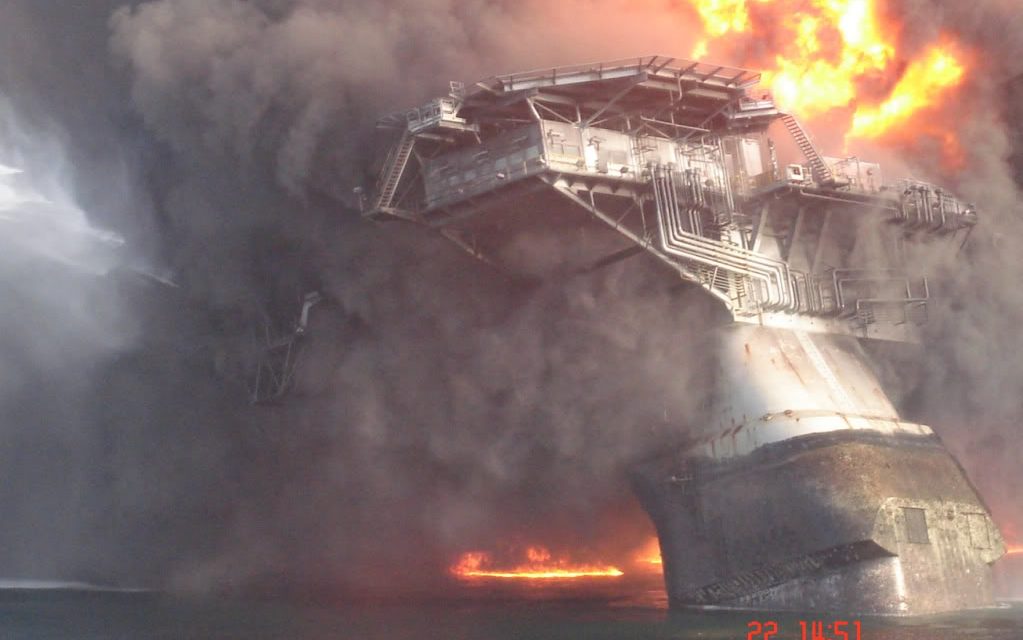 When I was a boy, afternoon delivery of newspapers was still a thing, which was fortunate because the practice provided me with my first job. In 1979, I began delivering the Trenton Times. When I got home from school, there would be a giant bundle of newspapers on my front lawn. I’d rip open the plastic and put as many of them as I could in my bike rack. I’d make a first pass and then come back and get the rest. Rarely, I had to make a third run when the paper was unusually thick. I had some adventures in that job, like the time a bunch of drunk teenagers fired snowballs at me in an effort to knock me off my bike. They succeeded when I foolishly looked back as I was furiously pedaling away and got hit right in the face. That incident sent me to the emergency room with a scratched cornea.

Most routes were far less eventful but there was one thing that bothered me every day. The Trenton Times kept a running count on the front page of how many days the American hostages had been held captive in Iran. The tally would eventually reach 444 on the day Ronald Reagan was inaugurated in 1981. I didn’t know anything about Iran, but I remember the helpless feeling of knowing that there Americans being held prisoner and no one seemed to be able to free them. Looking back, it doesn’t surprise me that a lot of people think Jimmy Carter lost his reelection bid on that issue alone. If a ten or eleven year-old paperboy was frustrated, I imagine voting-age Americans were feeling the same way.

The next time I got that helpless feeling was thirty years later when the Deepwater Horizon oil spill began in the Gulf of Mexico. The spill began on April 20, 2010 and continued until September 19, 2010. Although there were reports in 2012 that it was still leaking, the trauma really only lasted for five months. Still, it was long enough to be the largest marine oil spill on record. By the time it was over there were 4.9 million barrels (210 million US gallons) of oil floating around in the Gulf of Mexico.

As I watched the young Obama administration struggle to cap the spill, I had flashbacks to my days as a paperboy and I worried that the public would conclude that he was ineffectual.  It didn’t turn out that way, possibly because the problem appeared to be solved long before Election Day in 2012, or maybe finding and killing Usama bin-Laden in 2011 more than compensated for any previous impression of weakness.

The Obama administration didn’t take any chances, however, and they moved aggressively to enact regulations designed to prevent a recurrence of a major offshore drilling accident. Yet, those regulations weren’t rushed to meet the 2012 deadline. In fact, they didn’t finalize them until his final year in office.

The Obama-era regulations were finalized in 2016 after six years of development. The stricter rules came in response to the BP disaster, which killed 11 people and spilled at least 4.9 million barrels of crude oil into the Gulf of Mexico, devastating coastal communities and destroying wildlife. The rules imposed stricter requirements on equipment, including blowout preventers, among other measures.

These are the regulations that the Trump administration is now gutting:

The Department of the Interior (DOI) is rolling back offshore drilling safety protections put in place after the 2010 BP Deepwater Horizon disaster, the worst oil spill in U.S. history. The announcement comes as the Trump administration’s coastal fossil fuel ambitions are under intense scrutiny following legal setbacks and bipartisan opposition.

Months after it first announced the weakening of safety rules, DOI on Thursday unveiled its final plan in Port Fourchon, Louisiana, an area deeply connected to offshore drilling. The seaport is the country’s leading service point for the majority of Gulf drilling activities.

To my mind, shaped as it was by my boyhood paper route, this is the equivalent of Ronald Reagan welcoming home the American hostages only to send them back to Teheran to be held as hostages all over again.

Maybe that seems like a weird comparison to anyone who doesn’t share my unique life experiences, but it makes perfect sense to me.

When it comes to ineffectual governance, this is one of the worst mistakes I’ve ever seen. There will be another catastrophic explosion that costs people their lives and creates inestimable environmental damage as a direct result of these rollbacks.  So, quite aside from the reckless disregard for the dangers of climate change shown by this administration’s focus on fossil fuel production, this is one of the dumbest things the American government has ever done.

Global Climate Change – Have a look at 2100 scenarios

Sure, it will happen again. But no republican will be held responsible by anybody but democrats, who everyone has been told are not real Americans. The republicans will just blame Obama, and how he never responded because he was weak. The media will then respond to THAT, by explaining to the nation that it’s obvious that both sides are responsible.

What’s the downside here for republicans? They get their grift money from the oil companies, piss all the conservationists off (they are all commies, anyway), and later get to blame the democrats, with media help.

Besides they are all criminals anyway. It’s what they do and with Trump they do it better than ever.