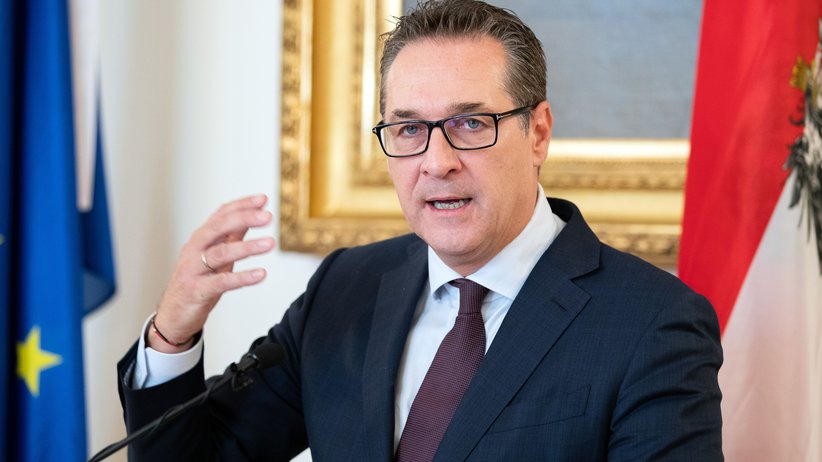 Donald Trump hadn’t even been inaugurated on December 20, 2016 when I wrote “Trump, Austrian Neo-Nazis, and Putin,” but I had already detected a troubling nexus between the three. Here is how I began that piece:

In the process of pointing out that their flirtations with John Birchers and other general “rightwing nutballish” behaviors are quickly turning the Trump administration “into the grease trap of American political history,” Charles Pierce stops to notice that incoming National Security Adviser Michael Flynn is still in league with the Russkies. To wit, the lunatic far-right Austrian Freedom Party leader Heinz-Christian Strache traveled to New York in November to meet with Flynn. The Freedom Party presidential nominee, Norbert Hofer, just came within a whisper of winning an revanchist Anschlussian political victory in the early December election. He had hoped to do better, saying just prior to the vote that he was drawing “encouragement from Donald Trump’s presidential victory in the United States.”

The November meeting in Trump Tower between Michael Flynn and Austrian Neo-Nazis wasn’t the reason I wrote the post, though. I was responding to an article in Foreign Policy that reported:

Charles Pierce responded: “At the risk of being called a neo-McCarthyite, may I point out that this smacks an awful lot of the incoming administration’s involvement in a worldwide right-wing movement at the center of which is our good friend Vladimir Putin.”

Here was my reaction to Pierce:

Of course, this is impossible because liberals who lived through the Cold War keep telling me that all this Russia-bashing is just so much Dulles Brothers flimflam designed to distract the plebes from their rightful destiny at the head of the dictatorship of the proletariat. To bash Russia is to bash the left here at home in order to crush the left everywhere from Ho Chi Minh City to Buenos Aires.

It therefore cannot be that our president is in the thrall, if not the control, of a “worldwide right-wing movement” to restore the purity of essence to the European bloodstream and bring Christianity back to its former central and crusading glory.

Or, in other words, you need to check that “grease trap of American political history” carefully, because a few of the roles have been reversed.

I revisit this all today because Heinz-Christian Strache has just found himself in a pickle. He apparently took the “working agreement” with Vladimir Putin a few steps too far, and he did it on six-hour video tape recorded in July 2017.  In truth, he was set up–by whom it is still not clear.  People posing as highly-connected Russians discussed various corrupt schemes that involved trading favorable contracts for assistance in helping Strache’s political party in the upcoming elections. There was also this:

The supposed investor already had a plan: She proposed acquiring a 50-percent stake in the Kronen Zeitung, a highly influential Austrian tabloid, and to use the newspaper as a mouthpiece backing Strache and his FPÖ party in the election campaign. Strache, dressed casually in a slightly ratty T-shirt and jeans, seemed enthusiastic – mostly about the proposal, but also about the woman herself. “Are you kidding? She’s hot,” he said, with a Viennese lilt.

Strache, who is currently Austria’s vice chancellor and the head of the Freedom Party, took the bait and failed to notify the authorities that Russians were attempting to bribe him.

I don’t know who set this trap or why they waited almost two years to expose Strache, but the episode provides one more example of how Neo-Nazis believe that the Russians are their allies and seek to work with them to further their political ambitions. As I pointed out in my November 2017 “A #TrumpRussia Confession in Plain Sight” piece, there’s plenty of evidence that something similar happened between the Trump campaign and Russia. That is why we need to see Robert Mueller’s counterintelligence report.

We already know that Trump used the National Enquirer to help him cover up his affairs and promote his candidacy. We know that Michael Flynn is currently awaiting sentencing after exposing attempts to bribe him into silence.  Now we know that Heinz-Christian Strache is not only a nexus between Trump and Putin, but corrupt to the core.  We’ve seen the white nationalist strains of Trumpism and the president’s strange affinity for Putin.

And yet somehow the president says he’s been exonerated.

Film Desert Warrior to ‘The Innocence of Muslims’ Unravels In Media

I just don’t see America coming back from this.

It will be a long road.

Wow weird that the the party signing “cooperation with Putin’s Russia” pacts is eager to corrupt the government in Russia’s interests in exchange for election help. Good thing they’ve got it on video, or it would be a total exoneration.

Yeah, he’ll probably pull a Marion Berry on this one.

Reminds me of our no collusion President Bone Spurs and friends.

Wouldn’t it be nice if this happened here?