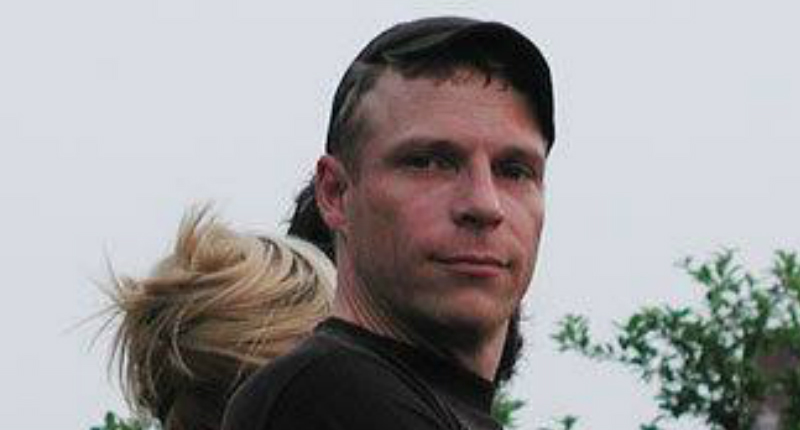 My friend Ken Jacobs died on May 17th of liver failure. He was smart, passionate, politically aware, and often quite angry about what’s going on in the nation and the world. He despised Republicans generally and Donald Trump specifically, had little patience for conservatives and fundamentalists, and as a graduate of Rutgers Law he loved the U.S. Constitution. He was also a wonderful bluegrass singer, guitar player, and bassist. I’ve included a clip at the end, and I hope you’ll give it a watch.

Ken’s anger, while sometime terrifying, was also a righteous anger, especially when a perceived injustice was involved. So I’m going to share what Ken wrote barely two months before he died. TL/DR: due to some administrative confusion, he missed his opportunity to buy insurance on the marketplace. When his liver suddenly stopped working, he soon found his life was “essentially only worth someone else’s bottom line.” It’s an indictment of American health care.

I used to vent on here and rant about whatever may have been bothering me at the time but I have largely stopped doing that. While there was some temporary relief in getting it out, it really was just a bunch of hot air that solved nothing and kind of made me seem unhinged. This, however, I think is important enough to get out there.

A couple of months ago I was admitted to the hospital with a pretty serious condition. A couple of months prior to this, because of cofusion [sic] over an extended deadline, I missed out on my chance to purchase insurance on the marketplace. Don’t get me wrong, this stuff is of the utmost importance and I should have been more diligent in my search, it’s my fault and I blame noone but myself. In any case, I have to wait until next year to get insurance.

At the time I just figured, “well, it’s only another year,” but then this all happened and I ended up in the hospital (a stay, by the way, for which I was billed roughly 3/4 of what I took home in pay last year). Again, I know that I am at fault here, but holy shit. The care I have received up to this point is costing an outrageous amount of money, and there’s no end in sight. While I have always been critical of the costs of healthcare, when it hits at home it can really be quite mind boggling.

Which brings me to the real point here, if you can bear with me for another minute. Today I spoke with a member of the team that will evaluate and coordinate a vital procedure that, if and when the time comes, will be necessary to keep me alive. Due to my lack of insurance, she was reluctant to even begin talks about it because of the crippling out-of-pocket costs that it would incur. Now, I get that. People gotta get paid. Okay. What I don’t get is that my life, not just my life as I know it, may end because of the size of my bank account. That my life is essentially only worth someone else’s bottom line. That comes as no surprise to me, really, but it’s not right.

Once again I’d like to say that I don’t hold anyone else responsible for this. Not for the fact of my illness or my insurance situation or for my ability to pay. I did this to myself. The absolutely infuriating part of it, though, is the fact that any civilized country (especially the “greatest” one) can allow one of its citizens to just fucking die because healthcare is now a luxury reserved for those who can afford it. I don’t want a penthouse at the Waldorf, I just think it’d be cool if I could hang out for a little while longer. I’d feel this way if it was my worst enemy and I certainly feel that way now. If I die, I die. That is largely inconsequential in the scheme of things, but something needs to change in this system.

Okay, I’m done now. Thanks for reading if you did. If anyone has any advice, I would love to hear it. Normally I don’t ask for much advice, and I hate unsolicited advice, but for once I am inviting you to fire away. I could really use all the help I can get here.

I’ll be on The Young Jurks tonight to talk about a little about Ken. I hope you’ll tune in.

In the meantime, safe travels my friend. I hope you’re playing a lot of music wherever you go.

Help Us Celebrate Medicaid’s Birthday–and to Protect It!

Rights and Wrongs on Health Care

McConnell: Cut Medicare or We Burn the House