Escalation Against Iran Could Lead to Tragedy or an Unintended War 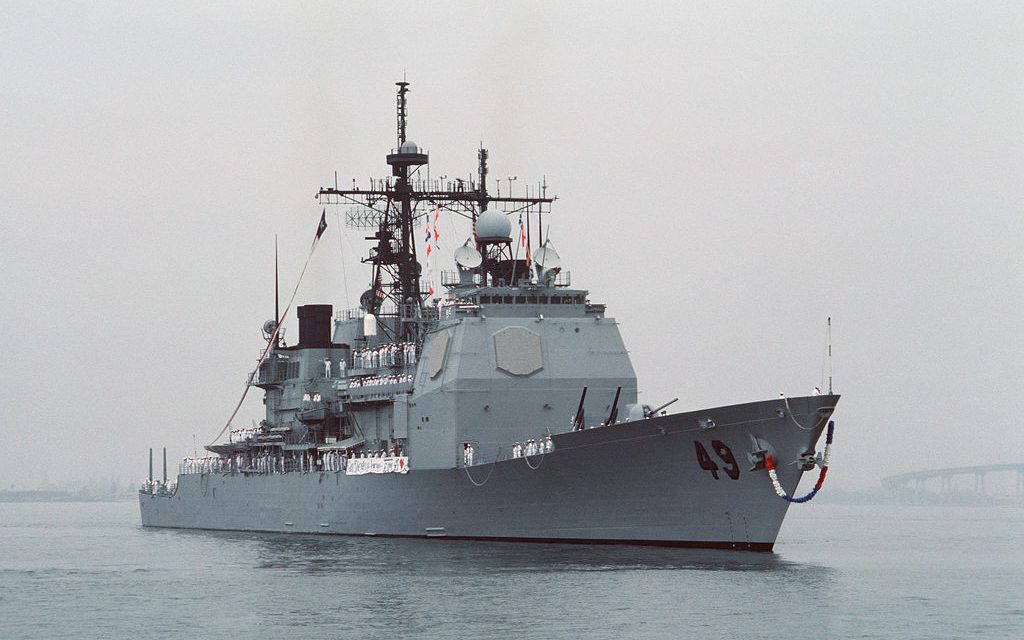 The Trump administration is sending mixed messages about its intentions towards Iran. Hawkish voices like National Security Advisor John Bolton and Secretary of State Mike Pompeo seem to be clamoring for war, and acting Secretary of Defense Patrick Shanahan has just authorized the movement of 1,000 troops to the region after sending 1,500 in May. Yet, while attributing recent attacks on commercial shipping to Iran, the president says the that Gulf of Oman incidents were “very minor” provocations and not something he would go to war over.

Of course, irrespective of Iran’s possible culpability, the security of shipping lanes is not what is driving the conflict between our two countries. The Trump administration’s decision to disavow the international nuclear agreement with Iran and then impose crippling sanctions is a regime change policy whether the president understands it or not. And when people get hot-headed in the Persian Gulf, things can get a momentum of their own that can override the intentions of policy-makers.

Consider a similar incident that occurred in 1988. At the time, Iran and Iraq were in the last year of their nine-year war. Both countries posed a threat to civilian shipping in the Persian Gulf and the United States Navy was patrolling the region to protect the flow of oil. On April 14, 1988, the frigate Samuel B. Roberts was crippled when it hit a military mine that blew a fifteen-foot hole in its hull, broke its keel, flooded its engine room, started a fire and knocked its gas turbines off their mounts. The ship was no longer seaworthy and needed to be brought back to Rhode Island for extensive repairs. The navy contracted with a Dutch firm that operated heavy-lift ships to bring the damaged frigate home, but they needed to provide security for the passage through the narrow Strait of Hormuz.

To help fulfill this task, a Ticonderoga-class guided missile cruiser called the USS Vincennes was deployed to the Gulf. The commander of the ship, Captain William C. Rogers III, arrived in a belligerent mood. On July 3, 1988, Rogers received a report that Iranian speedboats were responsible for an attack on a Pakistani merchant vessel. Rogers moved his ship fifty miles to the north and launched a helicopter to investigate. Despite being angrily ordered to return to his area of responsibility by his superior, Rogers allowed his helicopter to proceed after the speedboats. The helicopter received small-arms fire after it illegally entered Oman’s coastal waters. The USS Vincennes then received permission to engage the hostiles and moved itself into Iran’s coastal waters. What happened next was tragic.

Iran Air Flight 655, carrying 290 crew and passengers for a brief journey over the Strait of Hormuz to Dubai, was misidentified as a fighter jet and shot down on Captain Rogers’ orders. In addition to the 235 Iranian civilians who died, 13 U.A.E. residents, ten Indians, six Pakistanis, six Yugoslavians, and one Italian were on board. There were 66 children. No one survived.

It was probably a tragic mistake caused by Rogers’ aggressiveness, insubordination and poor judgment. Two years later, Captain Rogers was rewarded with the Legion of Merit. In 1996, the U.S. agreed to pay the victims’ families $131.8 million in compensation.

The incident created a permanent stain on the military and its reputation in the region. Whenever we take a belligerent posture toward another country, there can be accidents, mistakes, and unintended consequences. There’s no question that there are people around the president who want to start a shooting war with Iran, and any sufficient pretext will do.  That’s why I don’t take a lot of comfort from this:

Last week, U.S. officials blamed Iran for attacks against Norwegian and Japanese oil tankers in the Gulf of Oman. Trump described those and other recent attacks attributed by administration officials to Iran as limited. “So far, it’s been very minor,” Trump told TIME.

Trump’s comments, made in a nearly hour-long interview with TIME, struck a different tone than the public stance of the Pentagon and other Republicans in Washington. They also cut against a series of recent diplomatic and military moves that his Administration has made amid escalating tensions with Tehran…

…Trump hasn’t been shy in voicing his aversion to overseas military entanglements, but advisers such as Pompeo and National Security Adviser John Bolton have staked out more hawkish positions. “The president will consider everything we need to do to make sure — right? But what has the president said? We don’t want Iran to get a nuclear weapon,” Pompeo said Sunday.

When asked Monday whether he was considering military action against Iran, the president told TIME, “I wouldn’t say that. I can’t say that at all.”

Trump’s caution about using military force is the solitary (and qualified) thing I’d mention in his favor as a president, but he’s kidding himself if he thinks he has the power to control events. In 1988, we didn’t wind up at war with Iran, but we did commit an unforgivable atrocity. If Trump isn’t careful, he may “lead” us into a similar mistake or, worse, get us into a war he had no intention of starting.

Are You On the Warren Bandwagon, Yet?

So Much for the Two-War Strategy

I saw a piece today about Trump or/and friends planning to bomb an Iranian nuclear site. That sound nuts to me and would screw up the ME forever. Hopefully Trumps aversion to war will stop this. Backing out of the nuclear deal was not a bright idea.

The Iran response might be to bomb every Saudi oil pumping facility within range of their missiles. I think that is what Iran means when they threaten to close the Strait of Hormuz. Those pimpling stations are like American bases in S Korea that Kim has his missiles pointed at.