Where Biden is Right and Wrong About Bygone Civility 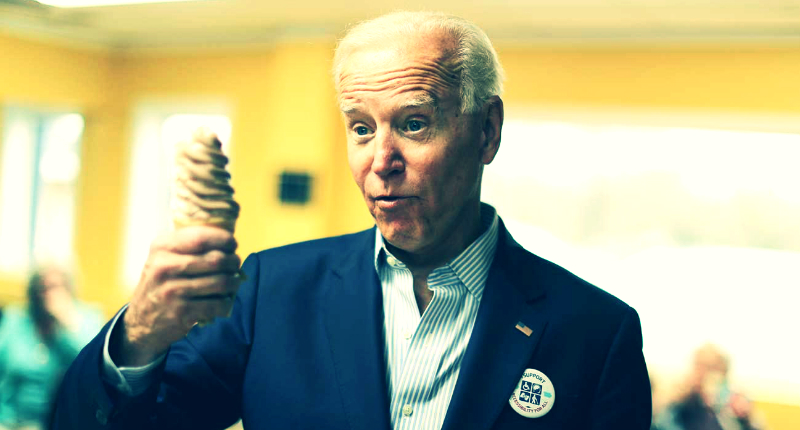 I read an interesting essay in Forbes recently, penned by a former Republican intern, donor, operative and pro-life blogger from Texas named Chris Ladd. The premise of his piece is that southern conservatives have always behaved as a kind of third party crammed uncomfortably into a two-party system. I found the following formulation pretty insightful:

If you have formed a perfect society in terms of culture, race, and religion, there is no such thing as “progress.” Progress is perversion, since every change is a descent from the ideal. Preserving their unique racial and religious order inside a hostile liberal democracy depends on the jealous protection of each state’s individual sovereignty.

This observation struck me as especially adept because I had also been reading extensively about the presidency of Andrew Jackson and his battles with vice-president John Calhoun. Those two gentlemen, one from Tennessee and the other from South Carolina, offered up two vastly different conceptions of the Constitution, but not different enough to keep them from both being Democrats. Jackson fervently believed in states’ rights, but not to the point that he would tolerate them ignoring federal law. His great regret in later life is that he had not hanged Calhoun as a traitor over the nullification crisis.

This history is a reminder that the origin story of the Democratic Party isn’t a happy one and that the South has always been a one-party region. It also highlights that any sentiment that we used to be more civil about our political disagreements is vastly overblown. In the Jackson Era, the president and vice-president wanted to murder each other over tariff policy and it caused a national crisis.

Keeping this in mind, it’s easier to understand where Joe Biden is coming from when he cites his early Senate relationships with two segregationists as an example of how it’s possible to bridge seemingly unspannable political gaps.

Speaking at a fund-raiser at the Carlyle Hotel in New York City, Mr. Biden, 76, stressed the need to “be able to reach consensus under our system,” and cast his decades in the Senate as a time of relative comity. His remarks come as some in his party say that Mr. Biden is too focused on overtures to the right as he seeks the Democratic presidential nomination.

At the event, Mr. Biden noted that he served with the late Senators James O. Eastland of Mississippi and Herman Talmadge of Georgia, both Democrats who were staunch opponents of desegregation. Mr. Eastland was the powerful chair of the Senate Judiciary Committee when Mr. Biden entered the chamber in 1973.

“I was in a caucus with James O. Eastland,” Mr. Biden said, slipping briefly into a Southern accent, according to a pool report from the fund-raiser. “He never called me ‘boy,’ he always called me ‘son.’”

He called Mr. Talmadge “one of the meanest guys I ever knew, you go down the list of all these guys.”

Herman Talmadge’s ex-wives gave plenty of supporting evidence to the opinion that the former senator from Georgia was a mean guy, but one thing Biden is glossing over is that he and Talmadge were still members of the same party. That’s the primary reason Biden was able to work with him in a constructive way.

So long as the segregationists were still Democrats, Congress was able to function and there was enough ideological overlap between the two parties to allow for some civility. I’m sure Biden was able to work with Senator Richard Shelby of Alabama in the 1980’s when Shelby was a Democrat. He didn’t get much cooperation from him after Shelby became a Republican in 1994. I don’t recall Shelby lifting a finger to help the Obama-Biden administration.

Some people are expressing shock or disapproval that Biden would talk about segregationists in anything other than a disapproving tone, but that’s a misinterpretation of the point he was trying to make. His comments deserve to be critiqued but not for that reason.

He was using them as examples of how it used to be possible to hammer out deals even with people you strongly disagree with or even see as morally reprehensible. He wasn’t praising their civility but only trying to express what ought to be achievable even in our presently divided country. In trying to place a large distance between himself and Sens. Eastland and Talmadge he may also have been trying to compensate for some of his less-then-fully-enlightened views on racial issues in the early part of his Senate career.

Biden being Biden, he didn’t realize that his comments would be received in a quite different light by the current base of the Democratic Party. Few Democrats today see civil relationships with segregationists as a plus, even if it smooths the way for a functional Congress that can pay its bills on time.

The real problem with Biden’s worldview isn’t that he’s misjudged the Democratic electorate, nor that his re-telling of history is too rose-colored, but that he’s most likely wrong about what is possible.

When the Democratic Party was divided between north and south, they could hash out most of their internal disagreements and keep the country’s lights on. But now that the two parties are divided north and south, this is no longer a fraternal and often amicable dispute. Senators Eastland and Talmadge needed people like Joe Biden in order to maintain themselves in the majority and keep their committee gavels. Today, the senators from Mississippi and Georgia have no such use for the current senators from Delaware.

Remember: “If you have formed a perfect society in terms of culture, race, and religion, there is no such thing as ‘progress.’ Progress is perversion, since every change is a descent from the ideal.”

The current Republican Party is a southern party. They are waging a war against immigration and secularism because they do not want to see change in what they perceive as “a perfect society.” When these same people were Democrats, they fought to preserve slavery and Jim Crow, but now they are outside the tent pissing in, and getting them to work civilly or constructively with progressive reformers is a fool’s errand.

Biden either doesn’t understand this or doesn’t want to believe it, but he’s encountering skepticism for a very good reason. What he’s saying strikes many as delusional.

On the other hand, I think most voters probably share his desire that we get back to the old days, at least with respect to having a functional Congress. From a strictly political point of view, Biden’s position is a probably a winner in a general election. People want someone who will at least try to bridge our divides. They won’t reward him for failure though, and first he has to win the Democratic nomination. It seems at times like he’s taking the nomination for granted. 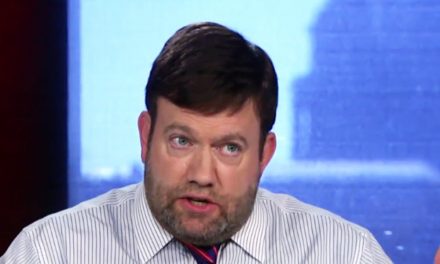