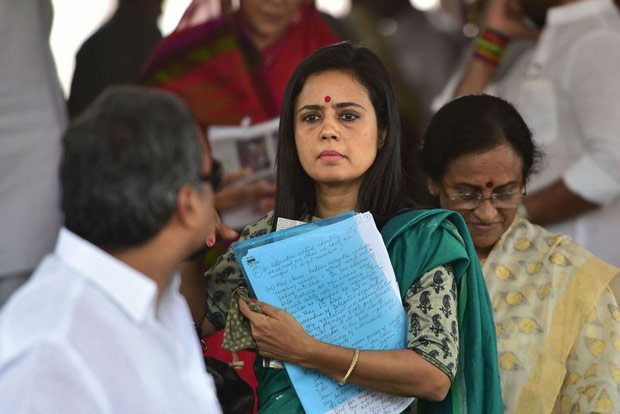 If you really want to know how I got “internet famous” in India, the first thing you’ll probably want to know is where I was born, and what my lousy childhood was like, and how my parents were occupied and all before they had me, and all that David Copperfield kind of crap, but I don’t feel like going into it, if you want to know the truth.

The thing is, if I didn’t tell you that I just stole J.D. Salinger’s words to begin this piece, I’d be engaged in plagiarism, and allegations of plagiarism are what started this whole mess. But I didn’t know that at first.

For me, it began rather innocently, with a simple inquiry from a stranger on Twitter.

I clicked on the link and confirmed that I had, in fact, written that article, although it was published in late January 2017, shortly after Donald Trump was inaugurated as the president of the United States. In the intervening two-and-a-half years the art link in the piece had gone bad. I told Reshmi that I needed to update it. But I didn’t do that immediately; it wasn’t exactly a high priority for me.

Shortly after that, I noticed some people tweeting the piece, and that they all seemed to have Indian names. I wasn’t overly surprised by this. I knew that the piece had a very high Google ranking for anyone looking for early warning signs of fascism, because I’d noticed that it got a high volume of traffic at Washington Monthly from organic searches. I also knew that the Indian government was in some respects similar to the Trump administration, and I concluded that someone in India had linked to the old piece and got a conversation started. I didn’t know the half of it.

I don’t remember precisely what process I went through to write “The 12 Early Warning Signs of Fascism,” but I’ll reconstruct it for you here based on my best guess after doing a little research.

I believe it began when a woman named Sarah Rose Tweeted the following image on January 30, 2017:

As you can see, more than a quarter million people liked that Tweet. I found the list intriguing, and I decided to use it as a baseline to evaluate how Trump’s campaign and nascent presidency matched up. There wasn’t anything more to it on my end, but there were two things I didn’t know at the time.

First, Sarah Rose’s tweet only said that the list was “in the US Holocaust Museum.” The implication was that it was on display as an exhibit and thus had the imprimatur of the curators there. After this whole episode blew up in India, I discovered that the truth was somewhat different. Sarah Rose has confirmed that she took that photo in the museum’s gift shop. So, when I wrote “If you go to the U.S. Holocaust Museum, you can see a sign hanging there that tells you what to look for if you’re worried that your country may be slipping into fascism,” I wasn’t wrong. But I was unintentionally providing people with the wrong impression. The museum told Snopes in March 2017 that it no longer carries the poster in the gift shop.

The second thing I didn’t know was that the list was compiled by a man named Laurence Britt and was published 14 years earlier in Free Inquiry magazine. Had I known the provenance of the list, I would have credited him. I obviously did not try to use his list without attribution. I thought I had that covered by mentioning that it was displayed at the Holocaust Museum.

For some people, Britt’s status as a self-described “amateur historian” takes away from the legitimacy of the list. Personally, I chose to write the piece without knowing who created it precisely because I thought it was an excellent guide to understanding fascism. I assumed that the curators at the Holocaust Museum agreed, and it’s possible that I was wrong about that. That it was seen as an appropriate item to sell in the gift shop at least shows that it was seen as valid and unobjectionable by people who are presumably sensitive to things that are not.

Be that as it may, I liked the list. So I wrote the piece and a lot of people read it. I didn’t think much more about it after that until this week.

My first tip off that something really weird was going on came in a couple of messages from my editing colleagues at the Washington Monthly. First, I was informed that they were seeing a large spike in incoming traffic for the article. Then I was told that the explanation was that a newly-minted parliamentarian in India, Mahua Moitra, had given her inaugural speech on the fascistic tendencies of Prime Minister Narendra Modi. They provided me with a transcript of her speech and told me that she was being accused of plagiarizing my article.

I quickly read through the transcript and noticed that she had shortened the list down to seven items. I did not notice that she had lifted any of my language, but I wasn’t sure if the transcript—and translation—was accurate or complete, so I watched the video.

I was surprised that she delivered the speech in English, but this made my task easier. The transcript was accurate. She had not used my words without attribution nor taken any undue credit for my work. It wasn’t even clear that she’d ever read my work.

I went back to the transcript and read over it carefully a second and third time. I noticed that she said the following by way of attribution for the format of her speech:

In 2017, the United States Holocaust Memorial Museum put up a poster in its main lobby and it contained a list of all the signs of early fascism. Each of the seven signs I have pointed to you [are] featured in that poster.

She was making the same mistake I had made: she was giving the poster an official stamp that perhaps it did not deserve, depicting it as part of an exhibit at the museum. Undoubtedly, this was an innocent mistake, as it had been in my case, and I suppose it’s possible that my mistake is responsible for her’s. Neither of us gave due credit to Mr. Laurence Britt, and I think it’s fairly obvious why we didn’t. Yet, one thing was crystal clear. She had not done what she was accused of doing, which was plagiarizing my work.

My next step was to investigate how these accusations were being made and by whom. Maybe I was missing something. I first identified a man named Dr. Vijay Chauthaiwale, and I responded to him.

You identify yourself as a scientist, Mr. Chauthaiwale, but as the author of the piece I cannot agree that it was plagiarized in Mahua Moitra's speech. She may have taken inspiration from it, but she may have just had the same idea. Either way, she didn't steal from me.

I soon discovered that a man named Sudhir Chaudhary was responsible for making the original plagiarism charge. He is the editor in chief of Zee News, a pro-Modi cable news channel that is like the Fox News of India. It appeared that Chaudhary was a better-credentialed version of Sean Hannity or Tucker Carlson, and I thought to myself that I am quite familiar with this kind of cheap-shot boot-licking masquerade for journalism. I also realized that my honor was being needlessly defended in India by scoundrels, and that a troll army was spreading their false accusations. This both angered and amused me. I tweeted a response that I would have probably written more temperately if I’d realized that it would go viral on a global scale:

I’m internet famous in India because a politician is being falsely accused of plagiarizing me. It’s kind of funny, but right-wing assholes seem to be similar in every country.

I know my mother’s not proud of my choice of words there, and I apologize to her for that. I really do. But I stand by the meaning of what I said. What I was seeing in India was really no different from what I see in the United States every day. Right-wing government-aligned “journalists” try to distract people from the most damaging stories with trumped up and distorted allegations that are then spread far and wide by willing trolls. Ms. Moitra’s speech had hit enough of a nerve to make her an instant celebrity, which is why HuffPost was running the video and transcript of her performance. It reminded me very much of the way the right goes after our own freshmen sensation, Congresswoman Alexandria Ocasio-Cortez.

So, I said what I said. I didn’t think much more would come of it. Before long, however, my “exoneration” of Moitra was appearing in Indian newspapers and websites, and I seemed to be getting about three new Indian twitter followers a minute. I had been joking about being “internet famous” in India before, but it now had the ring of truth. And then something really unanticipated happened.

I didn’t see this one coming.

Yes, Moitra actually read my tweet out loud for the assembled press, including the now infamous profanity.

Now, there’s a lot more to this story but that’s all I’m going to say about it. I could probably tell you what I did after I went home, and how I got sick and all, but I don’t feel like it. I really don’t. That stuff doesn’t interest me too much right now.

Oops, there I go again plagiarizing J.D. Salinger. I didn’t really get sick. I actually had quite a fun time getting to know how Indian Twitter operates. It’s a raucous and fun place where people really let loose on each other.  I’ve never been so insulted in my whole life, and I enjoyed every moment of it.

I think I have a higher-than-average knowledge of Indian history (for an American, at least), but I’m the first to admit that I came into this ordeal knowing virtually nothing about their day-to-day political life.

Since then, I’ve been accused of siding with Moitra’s party, even of taking money from them. Subsequently, I’ve looked into her party and done some research into recent Indian political topics and events, but this isn’t my fight. I listened to and read her speech and it resonated with me because I have many of the same concerns about my own country’s government, but that doesn’t mean I am taking her party’s side or supporting them in any way. From my perspective, she was falsely accused of cribbing my work. The people who were spreading that false accusation were doing it to discredit her and distract people from the truth of what she said. I felt obligated to set the record straight, and so that’s what I did.

I have a lot of Indian twitter followers now. I hope they don’t expect me to take sides in their disputes going forward. If they like a good wisecrack, they won’t be disappointed. But I think my 15 minutes of Indian fame will probably be over as quickly as it began. 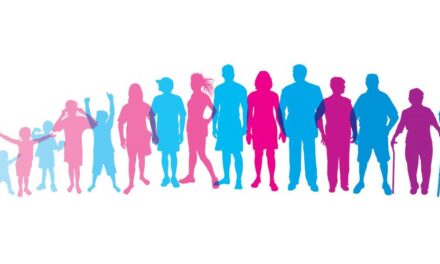 The Deadly Game Republicans are Playing in Red States 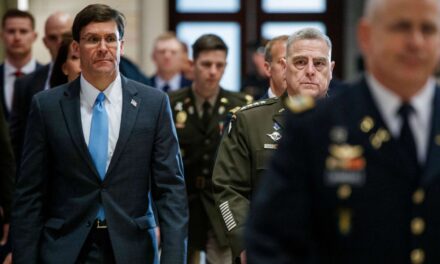 How Close Did We Come to a Military Coup?