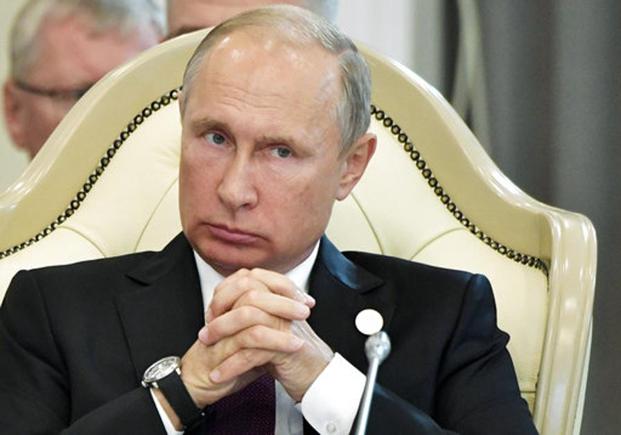 In January 2016, before Donald Trump was inaugurated, I wrote a piece (“Mnuchin Needs to Explain the 19.5% Sale of Rosneft”) for the Washington Monthly that argued that Trump’s nominee for Treasury Secretary, Steve Mnuchin, “will need to be grilled on these topics during his confirmation hearings.”

“These topics” were divulged in the Steele Dossier–published just a few days prior.

I was just beginning to look into the Rosneft story when I wrote my first piece on it, but in March 2018 I came back to it (“Revisiting Carter Page and the Rosneft Deal”).

It is evident that Steele’s sources knew what they were talking about even if they unsurprisingly were not omniscient about the details. Vladimir Putin was looking for investors to buy up 19 percent of Rosneft but it was difficult because of Western sanctions. One solution was to convince America to lift the sanctions, and offering the Trump team the brokerage fee on the sale was their enticement. The day after the sale was announced, Carter Page flew back to Moscow, but this time he was subject to a FISA warrant and under constant surveillance. The timing of his second visit is unlikely to be a coincidence.

That process would have been highly illegal and complicated, as the Americans would have had to enter into an agreement banned by sanctions only to retroactively make it legal by lifting them. This would require quite a bit of concealment in how and when the money changed hands.

Now, it’s obvious that Robert Mueller’s investigators never found slam-dunk prosecutable evidence that could link the Trump team to the Rosneft sale or we would have read about it in his report. But for those who are skeptical that the Russians were at least attempting to make this transaction, you should really look at the newest scandal in Italy.

What we have here is an audio recording of a meeting that took place on October 18, 2018 in the lobby of Moscow’s Metropol Hotel. The attendees included three Italians and three Russians. One was Gianluca Savoini, a close aide of Italian Deputy Prime Minister Matteo Salvini. He wanted the Russians to help finance his Lega Nord party’s campaign for the May 2019 European Union parliamentary elections. The Russians, who have not been identified by name, were reporting back to “Russian deputy prime minister, Dmitry Kozak, and a powerful member of Putin’s United Russia party named Vladimir Pligin.”

Now, look at how the proposed deal was set up to conceal its true purpose:

The negotiation — which lasted for an hour and 15 minutes, interspersed with cigarette breaks and fueled by espressos — would involve a major Russian oil company selling at least 3 million metric tons of fuel over the course of a year to Italian oil company Eni for a value of around $1.5 billion. The buying and selling would be done through intermediaries, with the sellers applying a discounted rate to these transactions.

The discount would be worth around $65 million, based on fuel prices at the time, according to calculations provided to BuzzFeed News by industry analysts, and it is this money that would be secretly funneled to the Italian party via the intermediaries.

The participants were clear that the purpose of the deal and the discount mechanism at its heart was to support Lega, in particular its European election campaign.

“It’s very simple,” one of the two other Italian men said some 25 minutes into the meeting. “The planning made by our political guys was that given a 4% discount, 250,000 [metric tons] plus 250,000 per month per one year, they can sustain a campaign.”

Do you think that Donald Trump would concede that these negotiations constituted “collusion”? How about a criminal conspiracy? Does he really wonder why the FBI pursued a FISA warrant on Carter Page after he went to Moscow in the summer of 2016 and talked to high-level Rosneft executives and members of Putin’s cabinet? Is it not suspicious that Page reappeared in Moscow after Trump was elected and one day after the Rosneft sale went through?

There are few more things you should know about the players involved in this conspiracy between the Russian and Italian governments. For a start, they are looking to undermine the European Union and turn Europe into a bunch of bunch of pro-Russian fiefdoms.

Opening the discussion in faltering English, Savoini, who has been described in the Italian media as Salvini’s “sherpa to Russia” and who uses a picture of himself shaking hands with Putin as his WhatsApp avatar, was explicit about the grand political ambition behind the proposed deal.

“Salvini is the first man that want[s] to change all of Europe,” he declared. Victory at the European elections taking place the following May would be just the start.

Listing nationalist “allies” across the continent like France’s Le Pen and Germany’s far-right Alternative für Deutschland (AfD) party, the 55-year-old Italian, who can be heard later on the tape describing himself as the “connection” between the Italian and Russian political sides, concluded: “We really want to begin to have a great alliance with these parties that are pro-Russia.”

…“We want to change Europe,” said longtime Salvini aide Gianluca Savoini — who dined alongside Vladimir Putin at a government banquet to celebrate the Russian president’s visit to Rome last week. “A new Europe has to be close to Russia as before because we want to have our sovereignty,” he continued over the clinking of coffee cups and buzz of conversation around the lobby.

They also want to free Russia of sanctions and destroy NATO’s effectiveness:

Vladimir Putin has been able to count on Matteo Salvini’s unswerving and vocal support for years.

The Lega leader has repeatedly called for European Union sanctions against Russia to be dropped; he has described the annexation of Crimea as legitimate, even visiting the illegally occupied region in 2016.

He has also criticized NATO and the coordinated EU response to the Salisbury nerve agent attack by Russian military intelligence operatives in March 2018.

And it is working:

But it’s over the last 18 months that Salvini’s value as an ally to Putin has increased exponentially. His reinvention of Lega from a small regional force in the north of Italy to a nationwide, far-right, anti-immigrant party saw it win over 17% of the vote in the Italian general election in March 2018. Three months later, he became deputy prime minister and interior minister when Lega entered into a coalition government with the populist Five Star Movement.

Since then the party has grown to become the country’s dominant political force, doubling its vote to 34.5% in May’s EU parliamentary elections to become the most popular party in the world’s eighth largest economy. The result secured Salvini’s status in the vanguard of Europe’s nationalist far-right movements.

Lastly, they consider Trump a part of their alliance. A Russian on the tape refers to Matteo Salvini as “the European Trump” and they see Salvini as their point man for a fascist takeover of Europe.

The Russian response was positive. They can be heard describing Salvini, who is also Italy’s interior minister, as the “head” of Europe’s resurgent ultra-right nationalist movements, stretching from Italy in the south to Sweden and Finland in the north.

Given Russia’s experiences with the Nazis, anti-fascism has long been a core part of their national identity, but that is clearly over now. Russia has been pushing this movement everywhere:

European politics has been shadowed for years by the suggestion that Russian commercial transactions with far-right leaders had a hidden political purpose.

French National Rally leader Marine Le Pen took €11 million in loans from Russian banks, including one close to the Kremlin, in 2014 — a year after she publicly backed Putin’s annexation of Crimea — but insisted the deal was commercial, not political.

Ahead of Britain’s EU referendum in 2016, Brexit’s biggest financial backer, Arron Banks, discussed gold and diamond investment deals offered via the Russian Embassy in London that promised vast profits. Banks, who is currently being investigated by the UK’s National Crime Agency over the “true source” of £8 million he donated to the Leave.EU campaign, has said he ultimately declined the offers and repeatedly denied any wrongdoing.

The leader of Austria’s far-right FPÖ party, Heinz-Christian Strache, was forced to resign in May after being caught in a sting in which he was filmed discussing the exchange of public contracts for Russian campaign support. The leaked video was published by the German news outlets Süddeutsche Zeitung and Spiegel, though it remains unclear who set up the sting.

I’ve written about all of these things over the course of the last few years. It is not a revelation to me that, as BuzzFeed  says of the meeting’s participants, “their real goal was to undermine liberal democracies and shape a new, nationalist Europe aligned with Moscow.”

This is why I have written about Russia’s role in the 2016 American presidential election so extensively. It’s not that I think the election can be overturned. It’s that I want people to understand the meaning of it and the threat it represents.

NASA Severs Most Ties to Russia

Trump vs. Germany, Admits ‘Hate Being A Loser’ 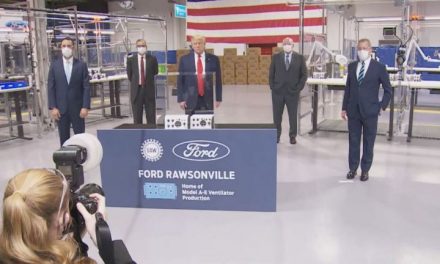