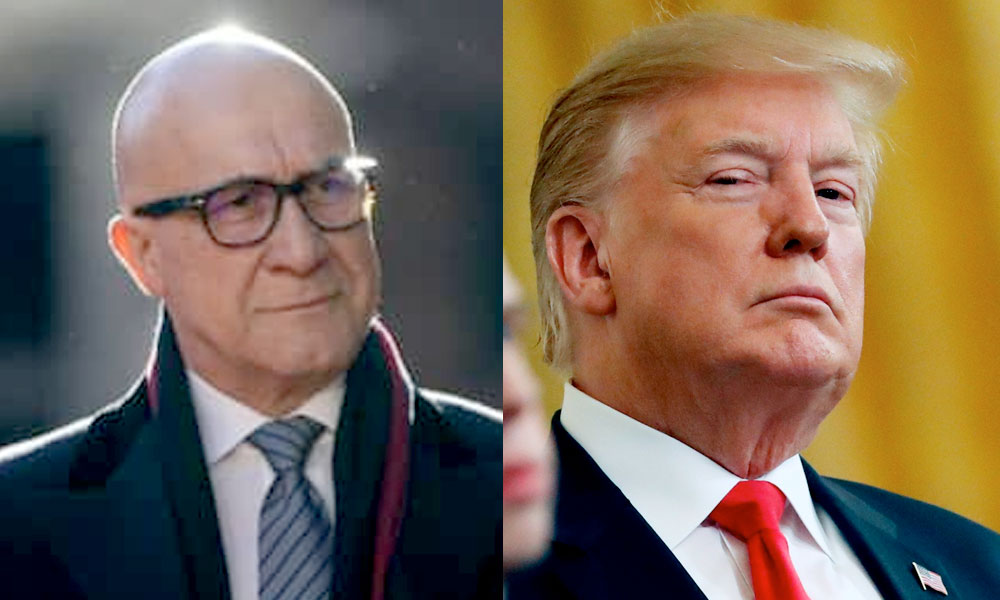 On Tuesday, Bijan Rafiekian was convicted of “acting as an unregistered foreign agent in the U.S., and conspiracy to violate that law as well as to submit false statements to the Justice Department in a foreign-agent filing.” He faces up to 15 years in prison. So, who is he?

The Iranian-American businessman, who was [Michael] Flynn’s main partner in his short-lived consulting firm, also served as an adviser to the Trump transition team on national security issues. Rafiekian previously served on the board of the Export-Import Bank through Senate-confirmed appointments by President George W. Bush.

Michael Flynn, who briefly served as our country’s national security advisor, has separately been charged and pleaded guilty to giving false statements to the FBI. He is still awaiting sentencing. As you can see, Donald Trump only hires the best people, particularly for sensitive posts related to our nation’s defense.

The conviction of Rafiekian was secured by prosecutors despite the fact that they were not able to use Flynn on the stand because he proved unreliable as a cooperating witness.

In Flynn’s absence, prosecutors relied on emails, Skype chats and other witnesses to make their case that the Flynn firm project Rafiekian spearheaded was approved at the highest levels of the Turkish government.

The short-lived research, public relations and lobbying effort focused on building public and government support for a key goal of the Turkish government: getting the U.S. to expel and extradite a dissident Turkish cleric, Fethullah Gulen. Gulen has lived in Pennsylvania for two decades and was blamed by Turkey’s current leadership for a coup attempt in July 2016.

The key element here is probably not that Flynn and Rafiekian were taking money from a foreign government to do lobbying work without registering with the appropriate government authorities. I think the American people should focus on what they were trying to accomplish. They were attempting to convince the government to expel a cleric living in Pennsylvania so he could be executed in Turkey for committing treason.

The people doing this became the key players in building Trump’s foreign policy team during the transition.

This is how Donald Trump went about “cleaning the swamp” in Washington, DC.

How many foreign agents does this tally to? I’ve long since lost count.

I can see that Trump, Flynn and this asshole have no regard for human life where money or power are involved. Evil fuckers.