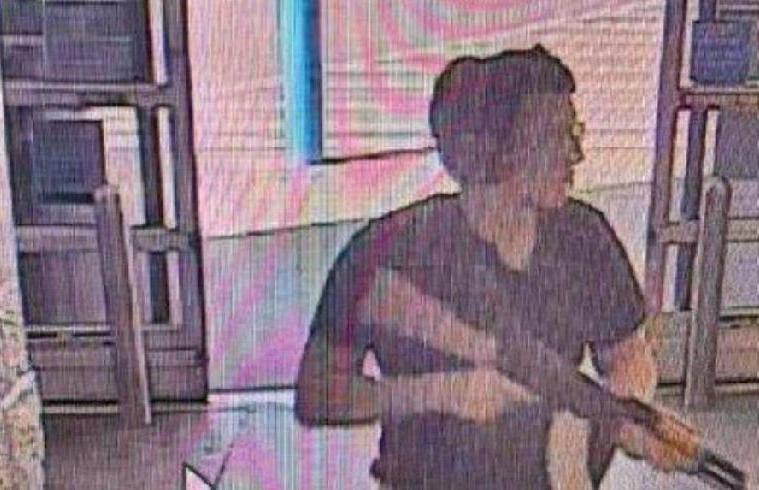 After I heard news of the gun massacres in El Paso and Dayton, Ohio this weekend, I made a prediction on Twitter about how the president would respond. It turns out that I gave him too much credit.

1. Trump acknowledges something terrible has happened.
2. Is pressured to condemn white supremacy and does so in weak terms.
3. Reverses, and says if we’d build his wall then his peeps wouldn’t have to start the genocide.

Instead of following his traditional pattern (which was also predicted by George Conway), Trump eschewed condemning the white supremacy and went straight for the justifying the murders. El Paso news veteran Bob Moore had an appropriate response to the president’s proposal that we link background checks to immigration reform in a single bill.

Let me see if I got this: A white supremacist comes to my community with a weapon of war, murders my neighbors because they are Latino, and we should tie tepid gun measures to honoring a terrorist's grievances? https://t.co/AKRZkXldAI

Former El Paso congressman Beto O’Rourke has been downright vituperative in his response.

Beto O’Rourke tore into President Trump in an emotional rant when asked by a reporter if there was anything that the president could do after the latest two mass shootings.

Said O’Rourke: “What do you think? You know the shit he’s been saying. He’s been calling Mexican immigrants rapists and criminals. I don’t know, like, members of the press, what the fuck?”

We don’t seem to have trouble accepting the linkage when lone wolves commit terrorist attacks and then affiliate themselves with ISIS or al-Qaeda. Sometimes these people claim to actually be members of one of those organization even if they’ve never actually talked to a recruiter. Between the president’s toxic rhetoric and the influence of websites like 8Chan, there is no doubt about what is inspiring some of these spree shooters. They’ve become foot soldiers in a fascist movement, and it is no longer going unnoticed.

Wow. On @Morning_Joe, @RepJerryNadler says Trump's response to mass shootings in El Paso & Dayton "reminds me of the 1930s in Germany."

"What's connection between background checks & immigration reform? That we have to keep guns out of the hands out of the invading hordes?" pic.twitter.com/CkmZ8CTryd

After the end of World War Two, when our alliance with Stalin’s Soviet Union no longer had any usefulness, the government began punishing people who had come out too early against fascism (for example, by vocally opposing Francisco Franco in the Spanish Civil War). They called them “premature anti-fascists” and denied them security clearances. In some cases, they were hounded out of public service because they were suspected of pro-communist sympathies. I haven’t been shy about labeling Trump’s movement as fascist. It seems everyone is catching up to me now that it’s getting harder to deny.

In this case, the stormtroopers aren’t being paid by the government or the leader’s political party. They’re just self-starting volunteers who are armed to the teeth with modern weapons of war. 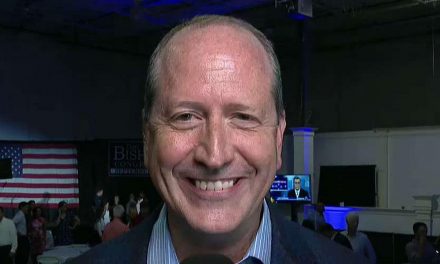 Liveblogging the Faux State of the Union 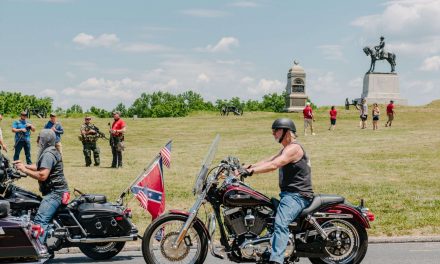 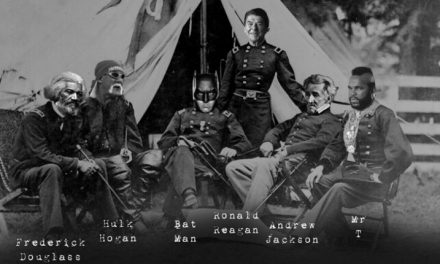 In some ways, one could see a sensible immigration reform bill (DACA protection, path to citizenship, guest worker license, high tech border control, etc) being tied to consensus gun control limitations because that would mean that the Texas Terrorist had caused the two things he hated the most to be enacted. Of course, by “immigration reform” Der Trumper means institutionalized Latino harassment and Glorious Wall of Trump, which is dead in the water, as he and his fellow National Trumpalists are well aware.

Danm fool didn’t even know what city in Ohio the slaughter took place may God bless the memory of those who perished in Toledo
https://crooksandliars.com/2019/08/may-god-bless-memory-those-who-perished

Don’t tell him Toledo is a Spanish town.

Angels in Heaven, along with the victims of the Bowling Green Massacre, I’m sure.

Guess Moscow Mitch hasn’t got the message yet
Amy McGrath
@AmyMcGrathKY
Hours after the El Paso shooting, Mitch McConnell proudly tweeted this photo. I find it so troubling that our politics have become so nasty and personal that the Senate Majority Leader thinks it’s appropriate to use imagery of the death of a political opponent (me) as messaging.