I’m happy to see anyone challenge Donald Trump for the Republican nomination, but former Illinois congressman Joe Walsh is far from an ideal choice. Walsh is probably best known for being a deadbeat Dad who had to be compelled to provide child support to his children. He rode the Tea Party wave into Congress in 2011, but lasted only one term largely because his personal life was a mess and his rhetoric was unhinged.

Unsurprisingly, he found a second political life as a conservative radio host and major presence of Twitter. He has recently become one of the more vocal and acerbic critics of President Trump, often echoing liberal criticisms of his policies and behavior.  These criticisms are, of course, welcome in the same way that Republicans once enjoyed saying “even the liberal New Republic says…”

We won’t have much money, but he’s media savvy and he believes he can effectively troll the president precisely because Trump is media-obsessed.  He made his announcement on George Stephanopoulos Sunday morning “This Week,” program on the ABC Network.

Mr. Walsh’s decision to announce his candidacy on television, aides said, is a preview of a television-centric strategy designed to rattle a television-focused president with a rare challenge from within the party…

…For Mr. Walsh, it’s a question of what defines success. He has been trying to recruit high profile Trump-hating Republicans like George T. Conway III, the husband of a top Trump aide, Kellyanne Conway, in what is seen as an effort to troll Mr. Trump into engagement with him. And he is hoping that as a former supporter turned critic, he will encourage other Trump voters to split with the president and weaken his base.

He may be successful in getting under Trump’s skin, and that may have a value all of its own. But he’s not a viable alternative to Trump and he would not be much of an improvement as president. A healthy party would rally around someone with a different profile, as the GOP did in recruiting Dwight Eisenhower in 1952. But no one of Ike’s stature currently exists in our military, and currently former Massachusetts governor William Weld is the only “respectable” challenger for the nomination.

Walsh is trying to recant for some of his prior behavior, but I don’t think he should be easily forgiven:

Stephanopoulos called out Walsh for making outlandish statements of his own, including calling former President Barack Obama a Muslim and an enemy. Walsh said Trump “made me reflect on some of the things I’ve said in the past,” acknowledging that at times he “went beyond the policies and idea” and “said some ugly things about President Obama that I regret.”

When asked if he truly believes what he said about Obama, Walsh responded, “God no, and I have apologized for that.”

He should be easily dispatched by Trump, but it’s at least possible that he’ll make a small contribution to his defeat. He’s hopeful that he’ll blaze a trail out of the wilderness for some other lost souls.

[Walsh] is hoping that as a former supporter turned critic, he will encourage other Trump voters to split with the president and weaken his base.

I guess what I like best about what Walsh is doing is that he seems clear-eyed about his goal. He wants to weaken Trump’s base. That’s something he might actually be able to accomplish, as opposed to having any hope of actually winning the nomination or becoming the president. I like my protest candidates to be realistic and stick to protesting. The ones that suffer from illusions of grandeur irritate me greatly. 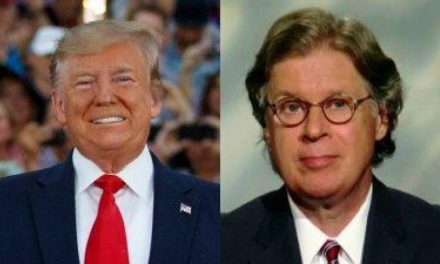 Now Trump is Accusing Biden of Being the Drug Addict

It’s reported that Walsh did get Conway’s endorsement — but Conway’s first announcement linked to joewalsh.com not .org, .com is the well-known guitarist.
https://www.dailykos.com/stories/2019/8/25/1881240/-LOL-George-Conway-Wanted-to-Support-Joe-Walsh-for-Prez-but-Linked-to-Rocky-Mountain-High?utm_campaign=recent

Gah, to think that Joe Walsh of all people would be seen as an ally (of convenience). Godspeed, dude.