I know you won’t be shocked to discover that much like the congressional investigation of Benghazi, even the Republican-led investigation of Hillary Clinton’s private computer server couldn’t find any significant evidence of wrongdoing.

A multiyear State Department probe of emails that were sent to former secretary of state Hillary Clinton’s private computer server concluded there was no systemic or deliberate mishandling of classified information by department employees, according to a report submitted to Congress this month.

The report appears to represent a final and anticlimactic chapter in a controversy that overshadowed the 2016 presidential campaign and exposed Clinton to fierce criticism that she later cited as a major factor in her loss to President Trump.

This isn’t to say that Clinton did a good job handling electronic communications when she was serving as the Secretary of State. She deserved a measure of criticism for making decisions that were less than optimal from a security standpoint and far worse than suboptimal for preserving government records, as required by law.

But the Republicans were never satisfied to have a decent arguing point against her candidacy and instead tried to elevate this into some massive scandal. The press did a poor job of contextualizing the dispute for the voters and it cost Clinton dearly.

If that’s all this was, it wouldn’t piss me off so much. Sometimes one political party does a better job of exploiting of an opportunity than the other does of defending against it, and the media is always going to be an imperfect referee.

What makes me angry is the Republicans couldn’t be satisfied with laughing themselves to the bank. They had to keep going and try to prove their idiotic conspiracy theories correct.

This is an ongoing problem for the GOP. They seem to believe their own bullshit, and it’s costing us more and more every day, as we can see right now in Ukraine. 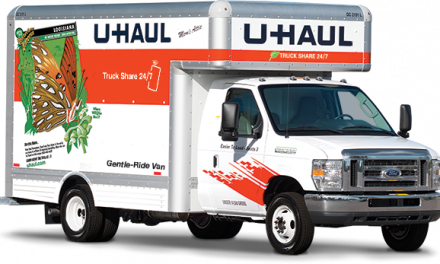 But, but–what about her birthday cards and thank-you notes?

Yeah I agree, they got her on those. Really ugly.

What makes me even angrier is that she seemed to think that it would be a good idea to set herself up with the private email server in the first place. It was not something she had to do and it was something she should have known would get her into political trouble, running for the office that she first went after in 2008 and never quit dreaming of for a moment since she lost the first time. The optics of that unforced own-goal were terrible because they confirmed the perception that the Clintons believe that there’s one set of… Read more »

“Everybody does it” applies here, by that I mean Clinton wasn’t the first to set up a private email server, and others have done it since so it is somewhat of a standard practice, acceptable as long as its not abused and no attention is brought to it politically. And here’s where I fault Clinton for setting it up because, knowing how if a Clinton farts in the night the GOP will make it a conspiracy to poison their enemies with gas, she should have known this server would become fodder for another Clinton “scandal.” And given her ambitions when… Read more »

It’s worth remembering that the existence of the private server became known as a result of the Benghazi investigation. Per NBC, Kevin McCarthy, then House Majority Leader, stated in 2015, “Everybody thought Hillary Clinton was unbeatable, right? But we put together a Benghazi special committee, a select committee,” McCarthy said. “What are her numbers today? Her numbers are dropping. Why? Because she’s untrustable. But no one would have have known any of that had happened had we not fought and made that happen.” Anyway if Obama had stonewalled and not given Republicans any information about Benghazi, Hillary Clinton might have… Read more »

After Trump’s total stonewalling, if a Dem prez sends even a post-it note to a Repub Congress, he/she is a fool. As a result of Trump and his Repub enablers, the Congressional oversight check on the executive as been destroyed, permanently. There can’t be different sets of rules for different parties.

It will be curious to see how the catastrophic, republic-destroying Election of 2016 is handled by historians. We seem to “know” that Clinton’s numbers took the final disastrous dive after Comey’s Intervention, which involved the Repubs’ ridiculous, bad faith email sideshow. But I have to say that “But her emails!” now seems simply like a cover for these late in the game (Trump) voters. The Latino harassment and immigrant hatred promised by Der Trumper was consistent with the malady that was spreading throughout the Western democracies at the time, and will ultimately be seen as the driving issue of our… Read more »

If it hadn’t been the emails, it would have been something else. The Republicans were always going to try their best to find something “wrong” and inflate it into a big deal. In reality, all of the other Secretaries of State under Bush, and after her under Obama, had used their own communications systems, The Bush white house itself also used private email all the time. So basically it was never a big deal.