Who Was Paying Bob Livingston to Spread the Kremlin Line? 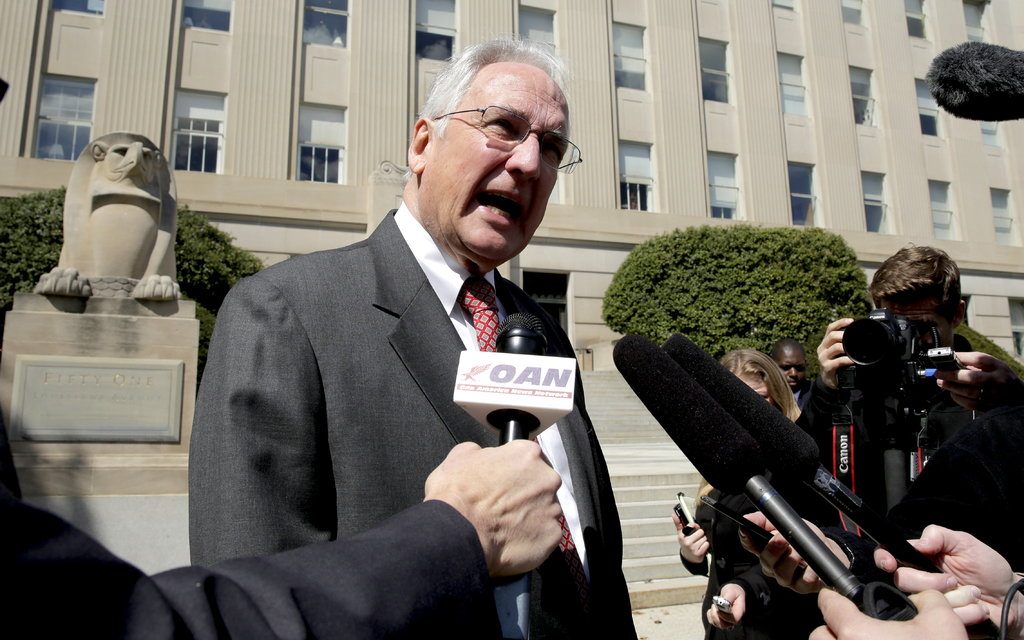 It’s almost an ironclad rule of American politics that the occupant of the White House’s party will do poorly in the midterm elections that come at the two and six-year points of their presidency. And when there are exceptions, there is usually a very obvious explanation. George W. Bush defied the trend in 2002 because he successfully politicized the aftermath of 9/11 and the run-up to the invasion of Iraq. Bill Clinton bucked history in 1998 because he was in the process of being impeached, and the American public didn’t think he should be impeached.

In those two examples, the congressional leadership of the minority party did not fare well. After the 2002 midterms, Sen. Tom Daschle of South Dakota became the Senate Minority Leader before losing his reelection bid in 2004. House Minority Leader Dick Gephardt stepped aside and Nancy Pelosi took over as head of the House Democrats.

In 1998, Trent Lott was still fresh in the job leading the Senate, having replaced Bob Dole only two years prior, and he retained his position. But Newt Gingrich was quickly forced out and announced his retirement. That immediately led to a war of succession.

The early frontrunner to replace Newt Gingrich as Speaker of the House was a representative from Louisiana named Bob Livingston. But there was an obvious problem. Gingrich’s unfaithful behaviors had made it awkward to impeach Clinton for lying about his infidelities. When Hustler Magazine owner Larry Flynt obtained evidence that Livingston had also been cheating on his wife, it immediately sunk his chances and led to his resignation from Congress. He made the dramatic announcement just prior to the House’s vote on Clinton’s impeachment, and the Republicans quickly settled on Illinois congressman Dennis Hastert as their leader. Hastert would later go to prison for child molestation. Livingston became a powerful lobbyist representing foreign clients like Egypt and Turkey in Washington, DC.

Livingston has created a nexus between the 1998 impeachment and the one to come in 2019.  He’s in the news now because everyone will soon want to know who was paying him to seek the ouster of American ambassador to Ukraine Marie Yovanovitch as early as mid-2017.

Robert Livingston, the former Republican congressman turned lobbyist, repeatedly told a foreign service officer assigned to the White House that the American ambassador to Ukraine should be fired because of her association with Democrats, the officer plans to tell impeachment investigators on Wednesday.

The officer, Catherine M. Croft, will testify that she “documented” multiple calls from Mr. Livingston about the ambassador, Marie L. Yovanovitch, while she was working at the National Security Council from mid-2017 to mid-2018. She plans to say she informed two other officials — Fiona Hill, then the senior director for Europe and Russia at the council, and George P. Kent, a Ukraine expert at the State Department — about them at the time.

“He characterized Ambassador Yovanovitch as an ‘Obama holdover’ and associated with George Soros,” she will say, referring to the billionaire liberal philanthropist, according to a copy of Ms. Croft’s opening statement reviewed by The New York Times. “It was not clear to me at the time — or now — at whose direction or at whose expense Mr. Livingston was seeking the removal of Ambassador Yovanovitch.”

The direction and expense to oust Ms. Yovanovitch could very possibly have come directly from the Kremlin. If not directly, perhaps it came in a more roundabout fashion.

Let’s look at a different nexus. This one involves Rudy Giuliani, Bob Livingston and George Soros. This is from a Washington Post article Emily Tamkin published on September 30, 2019:

Last week, when Laura Ingraham of Fox News Channel asked Giuliani why he, and not the FBI and the Justice Department, had been sent to [Ukraine to] investigate alleged corruption, the former New York mayor said that it was because he is Trump’s personal lawyer. This, of course, prompted another question. How does investigating former vice president Joe Biden involve defending Trump? In response, Giuliani claimed that Biden had called for the firing of a prosecutor who was involved in the investigation of “an organization that was collecting false information about Donald Trump, about Paul Manafort, and feeding it to the Democratic National Committee.” If that sounds improbably complex, all you really need to know is the name he shouted out next: “That organization,” he said, “was run by George Soros.”

Giuliani repeated the claim on ABC’s “This Week” on Sunday. “November of 2016, [the Ukrainians] first came to me, and they said, ‘We have shocking evidence that the collusion that they claim happened in Russia, which didn’t happen, happened in Ukraine, and it happened with Hillary Clinton. George Soros was behind it. George Soros’s company was funding it.’”

Needless to say, this is Kremlin disinformation that Giuliani has been spouting. It looks like Robert Livingston began promulgating these lies even earlier than Giuliani. The difference is that Giuliani has ostensibly been working on behalf of the president while Livingston very clearly makes his career serving foreign clients.

It looks like this is a distinction without a difference. 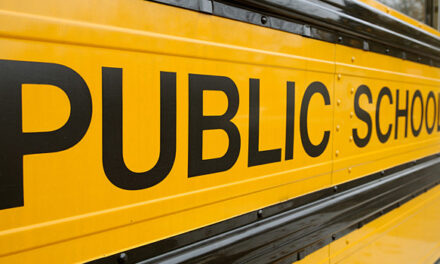 Republicans Want to “Defund the Schools” 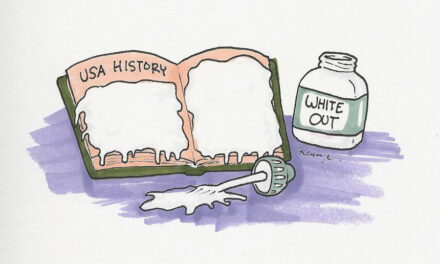 Another Way That Right Wingers Are Mimicking Putin

A #TrumpRussia Confession in Plain Sight