It’s midweek again. I don’t know about you, but I have been burning the candle from both ends a lot lately.

This is an old Wire single from 1978. Always loved the urgency one feels while listening to it. Postpunk – or whatever you want to call it – from that era (roughly 1978-1982) had a distinct feel to it that is hard to describe. I was immersed into this stuff as an early teen, came to appreciate a bit later on, and now use it as a touchstone while I deal with the slings and arrows of one’s middle years.

This particular track was part of the soundtrack to Carlos (The Miniseries), which ran a few years ago. That three-part series was a semi-fictional portrayal of Carlos the Jackal (aka, Ilich Ramírez Sánchez). The historical person was a terrorist and opportunist, who lived large during the latter stages of the Cold War. After the Cold War ended, he looked for new avenues for revenue and violence, but his career was thankfully cut short. A couple Wire songs got featured in the soundtrack. I might dig out the other later.

I’ll spin tunes. Anyone wanting to take over the turntables is more than welcome. I don’t know if Neon Vincent is ready to tend to the bar again. If not, I’ll do my best.

I know this is a stressful time for so many reasons. Take care of yourselves and each other. And always remember that you are not alone. 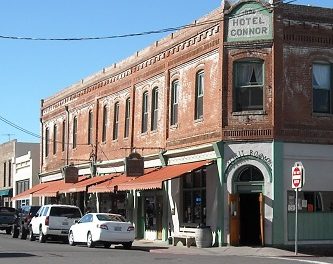 Here’s the other Wire track I mentioned last night:

With the holiday season upon us, and with me in control of the bar (this is a very dangerous thing to do at Ye Olde Froggy Bottom Cafe!), I present a drink for those whose hearts are three sizes two small.

Hope all is well with everyone. Awfully quiet here. Another one of my kids is now a licensed driver. That’s a good thing. Registered to vote in the process. My state has a new registered Democrat.

I love football but I think it is doomed, and for good reason.

Yep. That particular sport was always hard on the body. Permanent damage to the central nervous system is simply too much. I was thankful my son only played one season very early on in life.

Well at least finals at one workplace are over. Now for the next workplace to get done. And there is always paperwork to catch up on. So I will be doing a bit of that for a bit.

More kissing up to Turkey.