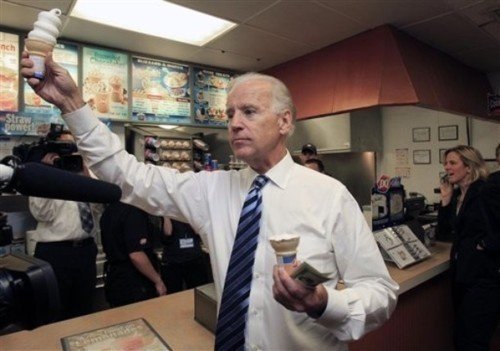 As someone who predicted that the finalists would be Joe Biden and Bernie Sanders, it’s hard for me to credit exotic theories for why things turned out that way. I made my prediction in April 2019, before Joe Biden even entered the Democratic Party’s presidential nomination contest. I based it on the fact that only Biden and Sanders could count on a preexisting and steady base of support that would tend to make them viable in nearly every congressional district in the country. In a fractured field with more than two dozen candidates, that appeared to be a strength that would carry them through, and I believe it is still the correct explanation for what has happened. You could call it the battle between Obama-Biden loyalists and perennial insurgents.

At the time, I allowed for the possibility that someone else might have the charisma or organizing chops to join Biden and Sanders at the front of pack, but I thought it more likely that this position would be a floating one, occupied by different people at different times as each caught fire and then cooled off.

The simplicity of my analysis doesn’t make it less reliable. The way the two sides have divvied up the electorate is roughly consistent with what I envisioned. The perennial insurgents always include young, idealistic voters, particularly college kids. The strongest Obama-Biden loyalists were predictably black voters in the South.

I didn’t even discuss campaign strategies or how candidates might position themselves on various issues. In a way, my analysis was very Calvinistic, in the sense that it argued that the outcome of the primaries was pre-destined. I still feel that way, although I don’t think this is literally true. There was enough chance and dumb luck involved that other outcomes were possible. Yet, when you consider that Bernie Sanders had a heart attack on the campaign trail and it didn’t prevent him from becoming the frontrunner, and that Biden became the focus of an impeachment trial and couldn’t raise any money and it didn’t prevent him from sweeping the south and securing an insurmountable lead, I think it becomes obvious how resilient the basic dynamics of the race were from the beginning. The fact that Michael Bloomberg’s injection of hundreds of millions of advertising dollars changed nothing lends further support to this.

For the challengers who flirted with serious contention, they could never find an answer for Biden and Sanders’ core strengths. Elizabeth Warren couldn’t pry away enough Sanders vote to be viable in most districts. Pete Buttigieg and Amy Klobuchar could never win more than a tiny sliver of Biden’s black support.

So, these are the reasons that I’m impatient with arguments like Sarah Jones’s contention that Joe Biden is only strong because the party is weak. Let me first address an area of some modest agreement:

Zombielike, Joe Biden has revived his campaign. The former vice-president confirmed that he’s once again the primary’s front-runner on Tuesday, after vanquishing Bernie Sanders in states the senator desperately needed to win. There are many votes yet to count and debates yet to occur, but the math doesn’t favor Sanders’s odds. How did Biden surge back into prominence, and what does his showing mean for his party? Biden’s revival has almost nothing to do with his actual merits as a candidate — and that’s a sign his party is in deep turmoil.

If you consider the premises of my prediction, you could argue that Biden’s success has almost nothing to do with his merits as a candidate. After all, I didn’t say he’d be a finalist because he’s a good campaigner or because he was offering popular ideas. But, in another sense, it’s precisely because the Obama-Biden administration is very well-regarded by most Democrats that he could count on having a large base of support that would give him a steady supply of delegates. Certainly, the first explanation for this is Obama’s popularity rather than Biden’s, but they were a team and Biden’s record as vice-president (rather than as a senator) is what makes him the first choice of many Democrats. I don’t see how the enduring good feelings people have for Obama and Biden’s administration is some indication of a party in deep turmoil.

Where Jones really loses me, however, is when she argues that Biden is only winning votes because of fear and nostalgia. As I’ve said, he’s winning votes because he’s popular with more Democrats than anyone except perhaps Sanders. You can call that nostalgia, I guess, but the appeal of any candidate is based on what people have experienced from them in the past. I could argue that Sanders is a nostalgia candidate, too, because his true core of support was with him four years ago and they want to replay that election to see if they can get a better result. It’s not like Sanders has changed his message.

As for fear, that may be a factor that has helped propel Biden over Sanders. If people see Biden as less of a risk than Sanders, then it can help him add people from outside his core base. It’s precisely because Sanders was unable to expand his base that he was strong enough to be a finalist but not strong enough to win. But fear doesn’t explain why either of them were the last in contention.

Risk-aversion does help explain why older voters are resistant to Sanders. Tolerance for risk helps explain why younger voters are so willing to roll the dice with him. But it’s a lie to say that all the risk that people are considering is restricted to electability. Sanders is proposing a number of policies that would be disruptive to the party if actually pursued by a new president, and that would have a major impact on a variety of large industries that employ many Democrats. It’s hard to list all the ways that people might find a Sanders presidency troubling, but some obvious examples include union workers with negotiated health plans, people who work in the health insurance or pharmaceutical industries, folks who make a living managing people’s 401k accounts or other large-volume trading operations, anyone working in college loans, and anyone working in the energy sector.

And that’s just a list of people who think their personal livelihood might be on the line. There’s also plenty of people who are just worried what a Sanders’ presidency would do to the Democratic Party’s ability to hold majorities in Congress. People are not just concerned that Sanders would lose to Trump. They’re concerned that he’d cause other Democrats to lose, too.

If there’s an identifiable weakness in the Democratic Party right now, it can be found in the vast chasm between what younger and older voters want. But this isn’t the fault of Biden and Sanders. It’s a feature of the times rather than a product of any candidate’s campaign. Eventually, the younger voters will get their way, but so long as the party evolves to meet their needs, this won’t present any big problem.  If the Republican Party were poised to snap up their support, things would be different. For now, the Democrats’ weakness is in the suburbs. It’s a weakness because they’ve come to rely on affluent and well-educated voters to get their majorities, and if they screw that up they will lose. That’s where a swing could kill them far quicker than a less-than-robust turnout by young voters. If they want to eliminate this weakness, they have to expand their regional appeal more than they have to smooth out their generational differences.

Personally, I think the party has shown strength in choosing someone who can meet the challenges of the times. In poll after poll, people say they trust Biden to handle a crisis. Well, we have crises everywhere we look.

Why Biden and Warren are the Strongest Candidates 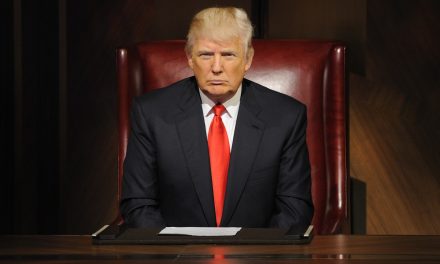 Trump Gets More Extreme Because His Audience Is Addicted to Outrage

Yeah, the democratic party is too strong to allow a progressive to win. Trump won because the base thought gop as a party was full of rinos. But it took decades of Fox and Rushbo brainwashing to get there.

I don’t trust Biden to manage a crisis, or to win in November. In seeking safety, the voters have chosen the next Walter Mondale. The only hope is that Trump continues to be even less competent than Reagan, and that his disinformation and demagoguery won’t be enough to lift him out of the hole he has dug for himself. I’m working on downballot races from here on out. We may have outsmarted ourselves out of the presidency, but if there’s going to be a republic anymore, we’re going to need immediate control of the state legislatures ahead of redistricting. That’s… Read more »

“In seeking safety, the voters have chosen the next Walter Mondale.” Maybe! But here’s the thing: no Democrat—not Gary Hart, not Jesse Jackson, not John Glenn, not Fritz Hollings, not Alan Cranston—was going to defeat Reagan in 1984. Elections are—among other things—referendums on the (recent) past, and on the incumbent. Based on his record, there’s every reason to expect Trump to continue to be less competent than Reagan (who, despite what liberals may think of him, was generally a competent executive). The one thing Trump has had going for him is a relatively strong economy which the coronavirus epidemic appears… Read more »

This. Ronnie the Raygun was a shoe-in for re-election in 1984. The economy was humming, the US had a minor military victory in Grenada, and the guy was charismatic in a way that went beyond typical party lines. He was surrounded by competent people, and he apparently listened to them. That was also an era when split ticket voting was still a thing. Don the Con is charismatic in a way, but he’s a dunce, and so are those who are in administrative positions. He never managed to do anything to get beyond his base of support. His handling of… Read more »

The whole Sara Jones thesis is just boring and silly. You hear 1000 people saying the same non sense. Martin’s analysis is spot on.