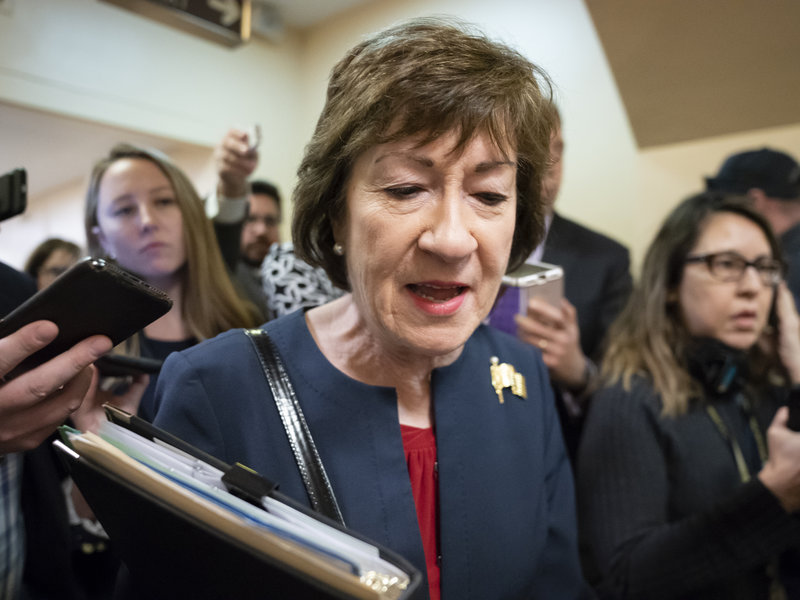 Now, I could go back and tell you all the sordid details of how the impeachment inquiry of Donald Trump began and put everything on a neat little timeline so that it’s really clear that the president is full of shit, but that’s a lot of effort. To quote Phil Collins, “Well, we were there and we saw what you did, we saw it with our own two eyes. So you can wipe off that grin, we know where you’ve been. It’s all been a pack of lies.”

On Friday night, when everyone was sheltered in place watching Tiger King or Ozark, the president fired Michael Atkinson, the inspector general of the intelligence community.

On Saturday, he explained for the White House press corps: ““I thought he did a terrible job, absolutely terrible…He took a fake report and he took it to Congress with an emergency, OK? Not a big Trump fan, that I can tell you…Never came in to see me, never requested to see me. That man is a disgrace to IGs.”

In translation, this means that Atkinson was fired for following the law and making sure that Congress was notified about a whistleblower report that credibly detailed a massive crime in progress. Even some Republicans are upset.

Sen. Chuck Grassley, the Iowa Republican who leads the Finance Committee, said that Congress has been “crystal clear” that written reasons must be given when inspectors general are removed for a lack of confidence.

“More details are needed from the administration,” Grassley said.

Maine Sen. Susan Collins, a GOP member of the Senate Intelligence Committee, said she didn’t find Trump’s reasoning in his Friday letter to be persuasive, and said Atkinson’s removal “was not warranted.” Senate Intelligence Committee Chairman Richard Burr, R-N.C., said an inspector general “must be allowed to conduct his or her work independent of internal or external pressure.”

To which we can all ask in unison, “Or what? You acquit him in a Senate impeachment trial?”

This is what happens when the Senate is a useless sack of crap run by spineless quislings.

I still have faith that Trump will get what’s coming to him, but there is no justice in the air tonight.

In Hugely Bipartisan Vote, the INVEST Act Clears the Senate

FBI Is Spying on You