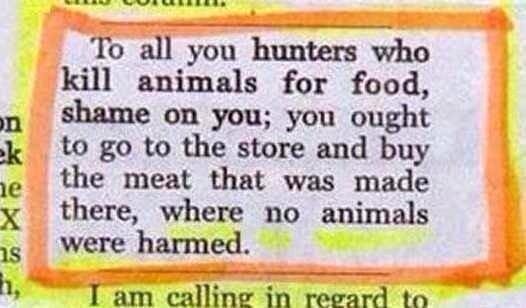 I am going to share one of my favorite comedians on Twitter, whose feed is essentially Poe’s Law—“an adage of Internet culture stating that, without a clear indicator of the author’s intent, it is impossible to create a parody of extreme views so obviously exaggerated that it cannot be mistaken by some readers for a sincere expression of the views being parodied in action“—in action. Ladies and gentlemens, Brent Terhune, Pro 2nd Amendment and follower of Christ:

They want Mike Pence to where a mask??? I DONT THANK SO pic.twitter.com/p1N1ZaLtgV

His feed is full of stuff like this—and there are some gems in this one like how Mike Pence has likely worn a mask a few times, “probably the one with the zipper on the mouth”—but it’s the responses that have me laughing out loud. His impression of a Trump supporter is so perfect that people actually believe he’s the real thing. Here’s a quick sampling:

First: *wear / *think because damn your mistakes hurt my eyes.
Second: in Europe we say: we’ll see where you’ll be in 2 weeks : 🏥
People here thought the same until they ended up in hospital.
Third: You want your country’s protection right ? Well right now you are being…

Seriousfuckingly, you don’t know the name of the movie “Carrie,” with the name of the character “Carrie” in it? Stupid at its finest! Sounds like a COVID cough, you best get that checked out fuckface!!!!😳

And of course why wouldn’t people think Terhune is an actual Trumpist? Just this morning, on a Facebook conversation about China, a random old man who I have never once met—called me “a commie” and then went on some crazy rant about how I hate America like the rest of the Dumbocrat Socialists. Just last week, the Lysol Company had to issue warnings for folks not to start drinking or shooting up their products. And then of course, there was this display: 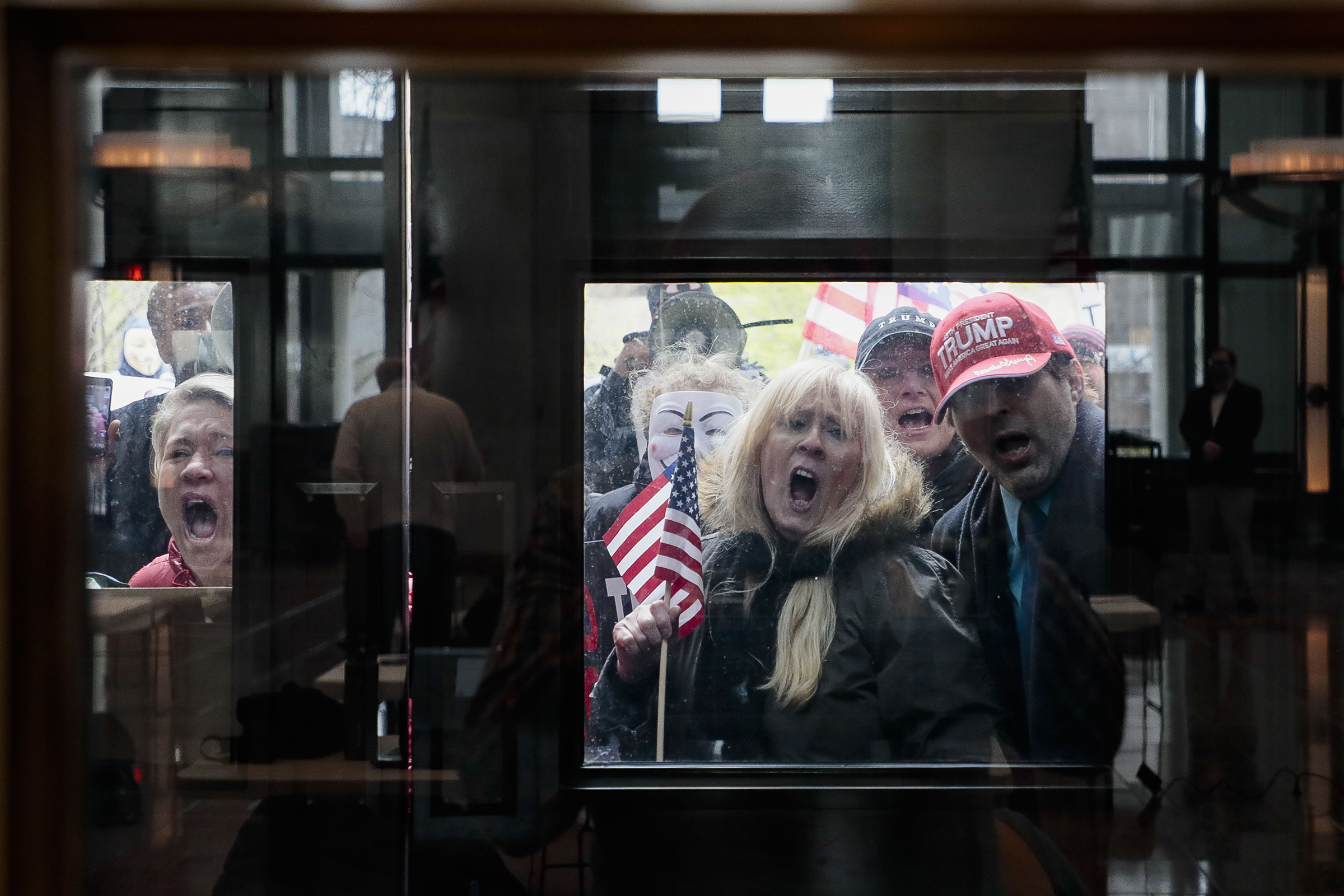 Protesters stand outside the Statehouse Atrium where reporters listen during the State of Ohio’s Coronavirus response update on Monday, April 13, 2020 at the Ohio Statehouse in Columbus, Ohio. About 100 protesters assembled outside the building during Gov. Mike DeWine’s weekday update on the state’s response to the COVID-19 pandemic, upset that the state remains under a Stay-At-Home order and that non-essential businesses remain closed. (Joshua A. Bickel/The Columbus Dispatch via AP)

Francis Fukuyama wrote during the Soviet collapse that we had seen “the end of history” (which he later postponed. Perhaps I’m a little over my skis, but I do believe the Trump years may be the end of satire.

Stay at home order is BULLSHIT. OPEN UP VEGAS pic.twitter.com/GtTEWfvTLC

I mean, how do you parody a movement that’s such an obvious joke? 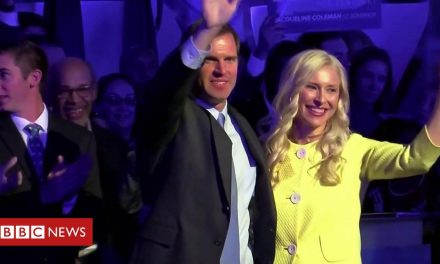 How is Biden Doing in Nevada?

Egads what a coincidence. I posted a comment on C&L regarding Pence not wearing a mask and his wife claiming he didn’t know about the policy; as being “believable” in what was meant as a sarcastic comment. (Like no one there would give him one?) And a bunch of people took it seriously. It really floored me. But that is exactly where we are at right now.
It’s an epidemic of stupidity!

I have only stumbled onto Brent Terhune in the last couple of weeks. It really doesn’t surprise me that so many people simply don’t recognize a parody, when in this case to me it’s so obvious. Maybe it’s because most people simply don’t seem to have a functioning bullshit detector anymore, or even know how to take anything, except as it reflexively appears from our respective tribal high grounds. In this case it could more likely be missed because so many of us actually know people like Terhune’s chararacter, and those people we know are certainly not trying to be… Read more »

Liberal parody trolls. I play one at times over on MoJo.

It’s fun when you can troll other liberals with inane bullshit, and it’s even better when you get conservatives agreeing with the inane bullshit you say.

It was the same thing with The Colbert Report. A good chunk of the right-wing would watch his show and cheer him on thinking he was a legitimate conservative, absolutely clueless to the fact that it was a parody. The modern-day Republican party and conservatism is beyond parody at this point.

One morning recently, I stumbled on one of those “OMG, The Trump Base Consists of Demented Idiots!” photos and sent it on to a couple of family members with a bit of snarky commentary. After my 2nd cup of coffee, I sent an email to my son, who was one of the recipients: “Actually, I’m beginning to suspect this sort of image may be really fraudulent–that is somebody manufactures and plants them. Possibilities: Unserious young folks–for giggles leftish creatives–to make the right look crazy & stupid. Foreign operatives–to enhance division. What do you think?” His response was, “I’ll take “C”… Read more »