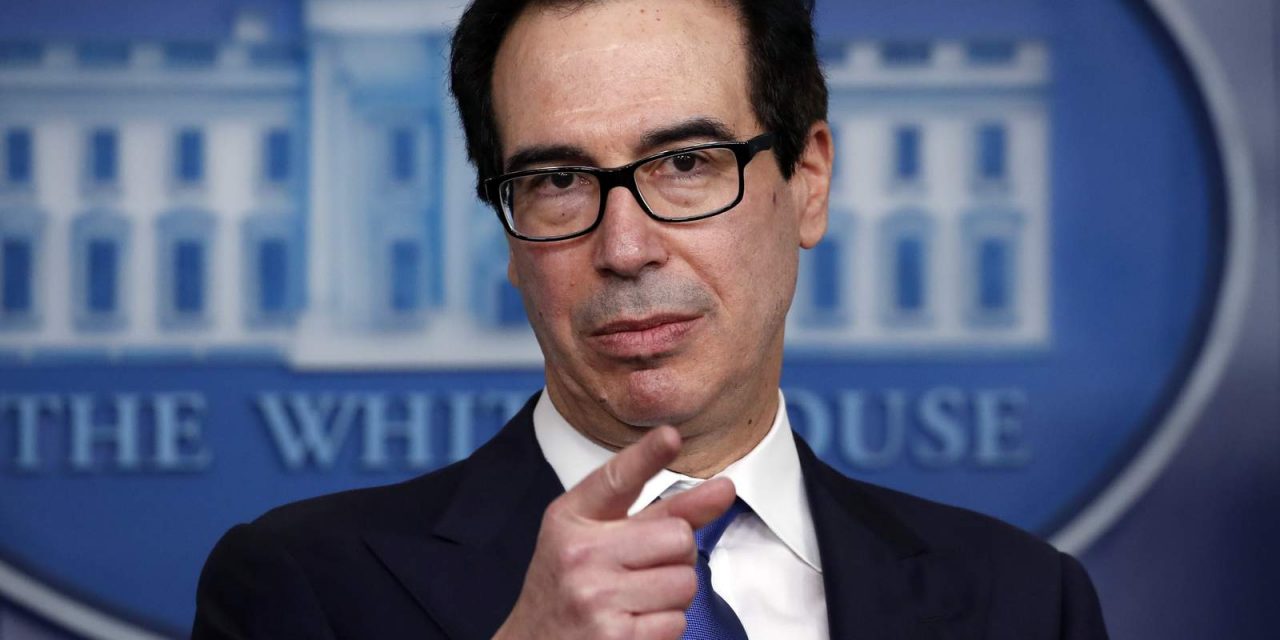 With the 2020 elections only a little more than three months away, now is not the time to be giving the Republican Party advice, but I am willing to question their judgment in one respect. With 30-40 million Americans out of work, why are they obsessed with the idea that someone might get paid more to stay at home than to take a job?

Let me put it this way. If someone has a job to offer, that job is going to get filled in half a second. If the government wants people to work, they should create their own jobs. That’s what FDR did when unemployment was through the roof and the private sector was on its knees.

Instead, we get this, as reported by the Washington Post:

Republicans have continually argued that the enhanced benefits create a disincentive for people to return to work, because many can make more on unemployment. Mnuchin said Thursday that the GOP plan would include 70 percent wage replacement, which could reduce the $600-per-week payment to closer to $200 per week, although the precise details were unclear.

The issue here is the expiration at the end of July of a $600 federal enhancement of notoriously stingy state unemployment benefits. The Republicans wanted to scrap this payment completely, but now they’re coalescing around a reduced benefit closer to $200. People are going to notice that change and it’s not going to make them more likely to vote for a Republican.

It’s true that there are some people who have a little more money in their pockets right now than they would have had if there had never been a global pandemic. That said, a few stray rays of sunshine are better than unrelenting misfortune. If this is such in intolerable injustice, then why are the Republicans for sending out another round of stimulus checks? According to the Post:

In recent days, Trump had insisted that he might not sign an eventual bill if it did not include the payroll tax cut, but the plan was extremely unpopular with Republicans. Treasury Secretary Steven Mnuchin said on CNBC on Thursday morning that the White House still liked the idea and could pursue it in potential future legislation — although McConnell has repeatedly indicated that the legislation taking shape now will be Congress’s last major coronavirus relief bill.

“It won’t be in the base bill,” Mnuchin conceded.

He said the decision was made to instead focus on sending another round of stimulus checks to Americans, because that approach would put money in people’s pockets more quickly.

“Let me be clear: We think the payroll tax cut is a very good pro-growth policy, but the president’s focus is he wants to get money into people’s pockets now,” Mnuchin said.

The payroll tax cut was a moronic idea on every level, and especially because you need a job in order to see any benefit. Just writing everyone a check regardless of need is the bluntest of instruments, but it’s way more progressive and stimulative than cutting taxes. It also has the advantage that people will notice. This approach is better policy and it’s smarter politics. But it doesn’t do away with the problem of some folks having more money while they’re unemployed than they had when they were working.

This whole debate is a good example of the way ideology twists the Republican Party in knots. They wind up worried that they’re disincentivizing work when no one can find work. Then they settle on paying people for nothing because they prefer that to creating a government job.

The republicans would dearly love to defund social security and allow it to go broke so unless they are going to replenish the fund, there is no way I would buy into that, But you are right that would be too expensive and all those millions of unemployed would get nothing anyway. So who are we trying to help? Trump wants to use the money to fund his campaign in some way and this seemed to him a good way to do it. Giving people money seems like a nice way to get people to vote for you. He would… Read more »