It’s technically Wednesday as of this writing, and I suppose I should be happier than a camel during Wednesday – (Hump Day!). Anyone remember that commercial?

Note that I am not endorsing any insurance product. I did find that commercial amusing.

Okay, I was hoping Sarah Cooper would drop a new video, and she did not disappoint. Old 45 has been bragging about his performance on a cognitive test usually given to people who are suspected of being in the early stages of dementia or perhaps after suffering a stroke as if it were an intelligence test. On its own in various Faux News interviews, it’s comical enough, in that painful, cringeworthy way that any of us who have ever directly experienced the cognitive decline of a friend or family member can attest (I have a direct ancestral link to Alzheimer’s, so I have some idea of what one possible future will look like for me, which is unsettling to say the least). Anyway, Cooper seems to capture Trump’s cluelessness and the sheer horror that many of us feel as he goes on obsessing over his passing this test.

I started watching this John Oliver video hoping to get some advice on how to make eyelashes really pop. It took a dark turn.

That’s what I’ve got for now. Drinks are on the house. 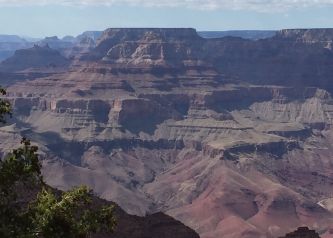 Hopefully all you at the frog pond are doing okay. Waiting to find out if my A/C repair situation is relatively minor or more catastrophic. Should be interesting.