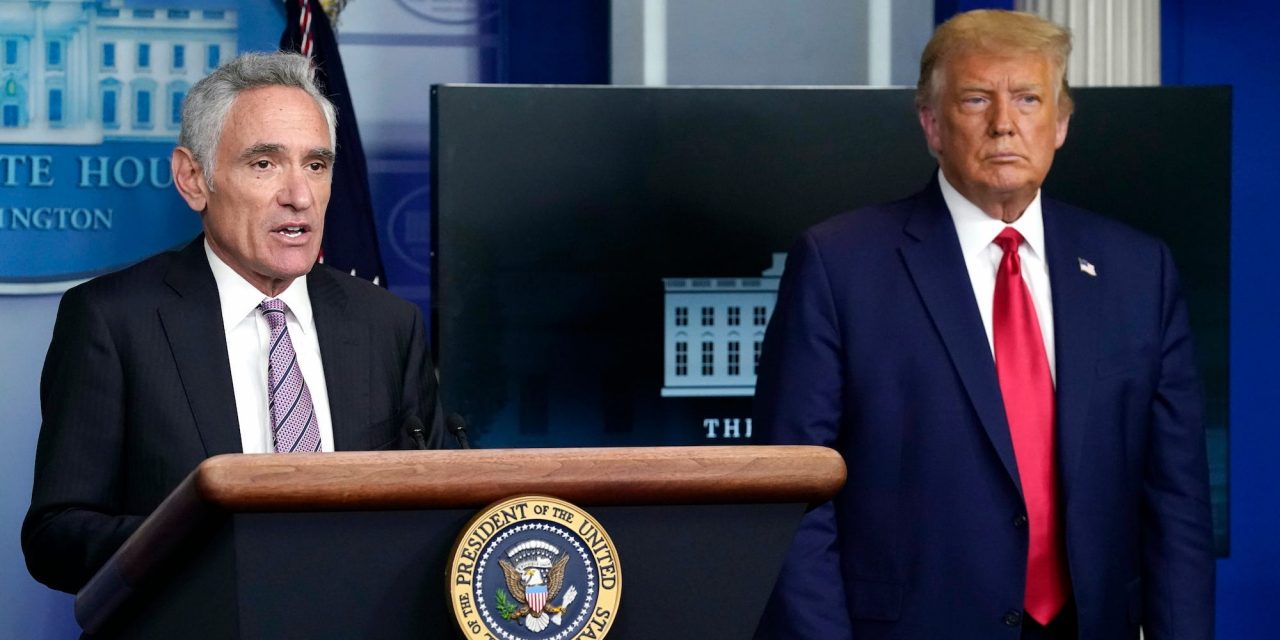 The Texas Tribune reports that deaths from  COVID-19 are piling up in El Paso so fast that the morgue is calling in the National Guard to help tend to the corpses. In the meantime, minimum security prisoners are being paid $2/hour to move the dead bodies to the county’s eight (soon to be ten) makeshift mobile morgues. Nationwide, the New York Times finds COVID cases are up 81 percent in the last 14 days, hospitalizations are up 44 percent, and deaths are up 38 percent. Slowly but surely, the country’s governors are moving us back into the lockdown mode we experienced in the Spring as they try to ward off a collapse of their states’ health care systems. But Donald Trump has so poisoned the national discourse, that Republicans are openly defying public health restrictions.

In Oregon, Tootie Smith, the incoming chairwoman of the Clackamas Board of County Commissioners, announced on Facebook that “My family will celebrate Thanksgiving dinner with as many family and friends as I can find. Gov. [Kate] Brown is WRONG to order otherwise.” The governor’s order limits social gatherings to six people and  “violations are misdemeanors punishable by citation or arrest.” Commissioner Smith doesn’t care, “Well, I don’t know if there’s going to be a knock at the door, but I’m going to, in my very private home with my family, continue to celebrate this holiday and Christmas as well.”

In Michigan, Gov. Gretchen Whitmer’s administration banned indoor dining, stopped in-person classes at high schools and colleges, and suspended non-professional organized sports. White House coronavirus task force member, Dr. Scott Atlas, a radiologist whose COVID-19 views are embraced by the president but rejected by the overwhelming majority of public health officials, responded with a Tweet: “The only way this stops is if people rise up. You get what you accept. #FreedomMatters #StepUp.”

Atlas’s comment was reminiscent of Trump’s call, back in May, for people to “LIBERATE MICHIGAN” from Whitmer’s previous COVID-19 lockdown. In October, a federal criminal complaint was filed against 13 militia members who were plotting to follow that advice by kidnapping Whitmer and trying her for treason. When Atlas received criticism for inciting violence, he followed up with a disingenuous Tweet: “Hey. I NEVER was talking at all about violence. People vote, people peacefully protest. NEVER would I endorse or incite violence. NEVER!!”

It’s not normal for elected officials and Executive Branch employees to encourage lawlessness. Such incitement is particularly alarming when it’s aimed at undercutting efforts to protect the public’s health. But a fish rots from the head, and Trump has convinced millions that it’s their patriotic duty to ignore expert medical advice.

Even worse, the president is insisting that the presidential election was rigged. On Sunday night, he tweeted: “I WON THE ELECTION!” despite having lost 306-232 in the Electoral College, His legal challenges have gone nowhere and his lawyers just abandoned their effort to undercut the results in Pennsylvania based on the lie that Republican observers were denied access to the count.

Irresponsible rhetoric about COVID-19 will result in untold unnecessary deaths which could prove doubly tragic because it appears good progress in being made on vaccines, and we may be able to get beyond this crisis next year. Why not make some sacrifices in the short-term to save lives before we make it to that window?

But the damage to our faith in our elections could be harder to overcome. On January 20, Trump will vacate the White House. It appears he will do so grudgingly, without conceding the legitimacy of Joe Biden’s presidency. If some of his followers were motivated to kidnap a governor over her public safety orders, what might they do in response to a “stolen” election?

Our system depends on “the consent of the governed” to maintain law and order. We need our citizens to accept the results of our elections. If Trump won’t do this, neither will many of his followers.

We’ll be at 200,000 cases a day…..and then have Thanksgiving all over America. Then Christmas.

It is indeed a death cult.

It seems that Trump and Atlas figured out the secret sauce for red America, make the pandemic worse. “It wasn’t just northeastern Wisconsin. Democrat Joe Biden may have won the presidency pledging a national mask mandate and a science-based approach to controlling the pandemic. But in the states where the virus is spiking highest — particularly in the Upper Midwest — Republicans made substantial gains down-ballot. Often they did so by railing against the very tool that scientists say could best help arrest the virus’s spread. To many Republican voters, “masks have become a symbol of assaults on freedom,” said Aaron Weinschenk, chair… Read more »

I hope Darwinism will rescue our nation!

The stupid not only burns but kills.

Did you ever think that the revolution would be started over….wearing a mask? And fought against Republican governors, by other republicans?

You just cannot get more Americana than that.