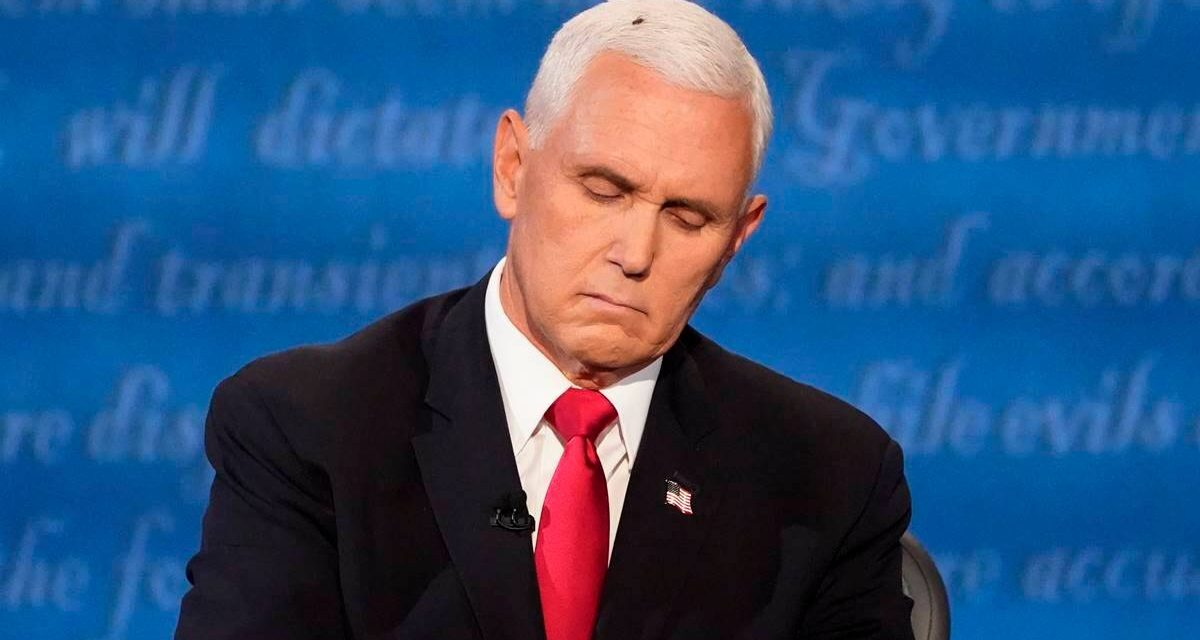 On Saturday, vice-president Mike Pence lent support to a quixotic plan by dozens of congressional Republicans, including 11 senators and senators-elect, to challenge and overturn the results of the 2020 presidential election when Congress convenes on January 6 to count the Electoral College votes. This effort is based on no evidence of fraud or irregularities that would change the outcome in any state, and it will therefore fail. Joe Biden and Kamala Harris will take office as scheduled at noon on January 20.

Nonetheless, it’s worth considering how we got to this point and what Pence’s role should be in the process.

William Rufus King was the 13th vice-president of the United States, but nothing about his brief term in office was normal. Elected on the Democratic ticket with Franklin Pierce in 1852, the long-serving Alabama senator took his oath of office in Matanzas, Cuba where he was convalescing from a case of tuberculosis. He returned to the United States in April, but died at his plantation on April 18, having served as vice-president for a mere six weeks, and without ever carrying out any duties of the office. The position remained vacant for the remainder of Pierce’s term, which is why it fell to James Mason of Virginia to officiate the Electoral College count on February 11, 1857.

The grandson of Founding Father George Mason, James was fulfilling a dutyspelled out in the 12th Amendment to the Constitution which requires the president of the Senate to open the states’ certificates of election “in the presence of the Senate and House of Representatives.” Mason got the job because he was Senate President Pro Tempore, empowered in the vice president’s absence to preside over Senate sessions.

But, as Ronald Shafer details in the Washington Post,  Mason ran into a problem when Wisconsin’s electors were challenged. Due to a blizzard, the votes had been certified in Madison a day past the constitutional deadline. Unsure what to do, Mason unilaterally allowed Wisconsin’s votes rather than invalidate them on a technicality.

Even though Wisconsin’s votes were not determinative of the outcome, mayhem ensued, as many senators objected to the idea that the presiding officer of the Senate should have the unilateral power to make such a consequential decision. After internal deliberations, an “Act of God” was deemed responsible for the tardiness of Wisconsin’s votes and they were accepted, but it set a precedent for how contested electors should be handled in the future. Congress, not a single man, should decide.

Yet, when competing slates for president were offered in 1876 by South Carolina, Florida and Louisiana, Congress was unable to resolve the dispute and the contested election was settled by a specially appointed commission. After that, there was broad recognition that the process needed to be codified but the job wasn’t completed for another decade. The Electoral Count Act of 1887 created the rules we use today. Here’s the Congressional Research Service’s current interpretation of the Act:

“Objections to individual state returns must be made in writing by at least one Member each of the Senate and House of Representatives. If an objection meets these requirements, the joint session recesses and the two houses separate and debate the question in their respective chambers for a maximum of two hours. The two houses then vote separately to accept or reject the objection. They then reassemble in joint session, and announce the results of their respective votes. An objection to a state’s electoral vote must be approved by both houses in order for any contested votes to be excluded.”

There is no role in the statute for the president of the Senate other than to oversee the opening and counting of the certificates of election, and then to announce the results. This is intentional, as there should be no repeat of James Mason’s 1853 attempt to decide a dispute on his own authority.

Nonetheless, in a suit that was rejected in federal court on Friday and in federal appeals court on Saturday, Texas Republican Rep. Louie Gohmert and an illegitimate slate of Arizona Trump electors sought to invalidate the Electoral Count Act of 1887 and grant vice-president Mike Pence the sole authority to determine which slates of electors to accept or reject. Pence actually opposed Gohmert’s argument and successfully used Department of Justice lawyers to make his case.

If Pence’s actions seem schizophrenic—endorsing a congressional challenge but rejecting the power to validate one—it’s because he’s trying to find a middle ground between staying in President Donald Trump and his supporters’ good graces and abiding by the law and Constitution.

Congress long ago decided that no one should have the unilateral authority to decide the victors of a presidential election, and Pence knows the country would erupt in violence and disorder if he ignored the results of the 2020 election and declared himself and Trump the winners.

Yet, Trump has been relentless in pursuing efforts to do just that, including his potentially criminal phone call on Saturday with Georgia Secretary of State Brad Raffensperger in which he begged the election official to “find” the votes he needs to overturn the certified results in the Peach State.

Fortunately, we have a law that makes clear that Pence cannot provide this kind of criminal service for Trump, and we have courts willing to uphold that law.

Fortunately, we have a law that makes clear that Pence cannot provide this kind of criminal service for Trump, and we have courts willing to uphold that law. As I am sitting here right this very second listening to the full WP recording of the Georgia phone call, my brain and my common sense tells me what you say is true. Yet there is still this little gremlin inside of me that is running on caffeine, bourbon, and a not insignificant bit of paranoid fear based of four-plus years of this national abuse, that there is a looming sort of… Read more »

He will certainly try, Mike.

The fact that so many around him are encouraging it and supporting his delusional efforts makes it more certain than not that he will do something exceedingly drastic simply as a way of maximizing the chaos on his exit. In his mind, chaos is his superpower.

He could invoke the Insurrection Act for his encore.

Does this country really make sense as one? 74M people voted for this monster. Today Grassley speculated about what he might do IF Pence does not show up tomorrow – quickly denied by his office.. but there it was as reported by The Hill. Does it really belong as one country? When the union was formed, the idea was to not have another King George. But then the Venn diagrams for the different ideologies intersected in country before narrow interests. Over 250 years, that intersection has vanished. For Republicans there is ONLY PARTY BEFORE COUNTRY. Why do we in California,… Read more »

On my emotional level I fully agree. But I doubt it would solve all our problems or if it did it would be temporary. I wish we could fix our constitution to make it more democratic and eliminate the electoral voting system and maybe the senate. But those are just fantasies of my own.

I think most democracies have an upper house – BUT with much less power to gum up the works as the US Senate. They alone decide on judges, cabinet appointments, and have incredible veto power over legislation.
Not eliminate the Senate, but defang it – remove it from the electoral college count, and all the judgeship and cabinet decisions.

Nice article. Thanks, Martin. This is what the national media misses. It’s good to know that the role for Pence is, by law, nothing more than a reader of the results. At the end of the day, they are all cowards. They will go, and we will be able to sleep properly on the 20th (the long term consequences, however, …).

Sounds like we are also somewhat lucky that Pence maintains some tenuous grip on reality even if it is only due to his own aspirations. Based on what we’ve seen over the past 4 years it would barely surprise me if he tried to announce Trump as the winner despite there being a law clearly saying he doesn’t have that power. What happens then? This administration routinely does illegal shit that doesn’t have any explicit penalty, so why not just do it, cause chaos, and wait for the outcome to be adjudicated in the courts?

I’m pleased that our system of government hasn’t collapsed. Our courts have held up so far as have enough bodies of government (at the state level and the fact that Republicans are fracturing in congress) to prevent Trump from stealing the election. But it sure is scary in terms of the norms being violated and the ongoing decline of democratic values.

The bottom line is that the Trumpists are ready, willing and able to create a shit-show, but that’s about it. They lost the election 306 to 232 and that has been certified by every state. Not even close. They have lost virtually every one of their multitude of court challenges, because they have no case. Trump is a demagogue and his power rests on the 1/3 of the population that feeds and feeds off of that demagoguery, but little else. Even among congressional Republicans their support is already seriously divided, and we know that most of it is for show.… Read more »