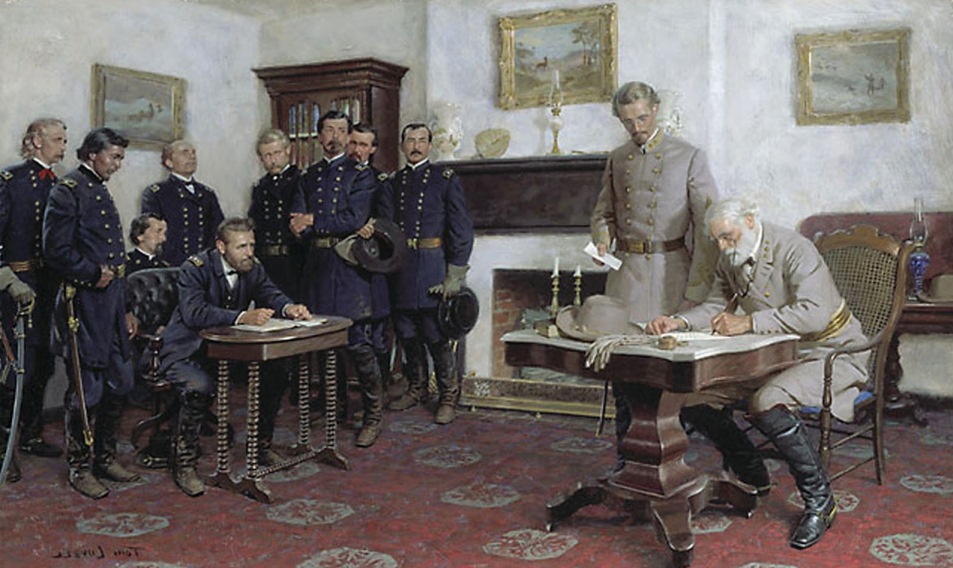 At the Battle of Antietam, on September 17, 1862, over 10,000 Confederate soldiers were killed, wounded or went missing in a single day. Very few of them came from slave-owning families, so why did they agree to give their lives in defense of human bondage?

I was reminded of this question when I noticed that conservative celebrity Ben Shapiro had been recruited by PoliticoPlaybook to explain why the vast majority of House Republicans voted not to impeach President Trump on Wednesday for sending a murderous mob after them on January 6. Politico was slammed by liberals for opening its best known section to a conservative whose been charged with being bigoted and intolerant. But Shapiro’s explanation of the rallying around Trump during his final days, wasn’t totally off base. He was on to something about how Republicans see the world.

With Trump leaving office within a week, defending his incitement of an insurrection doesn’t seem to be in the long-term self-interest of Republican officeholders. But the Civil War example helps explain why people sometimes do very self-destructive things out of spite or insecurity.

To understand the Confederate soldier’s motivation, it’s helpful to look at the environment in which they lived.  As historian Gordon Rhea relates, the primary appeal slaveholding Southerners made to non-slaveholding southerners was based on fear and status.

In the run-up to the Civil War, Mississippi, Alabama, Georgia, South Carolina, and Louisiana appointed commissioners who traveled the South to make the case for secession. Alabama commissioner Stephen Hale, in a December 1860 letter to the governor of Kentucky, wrote that a Lincoln presidency would consign the South’s men to assassinations and its “wives and daughters to pollution and violation to gratify the lust of half-civilized Africans.”

“The slave holder and non-slaveholder must ultimately share the same fate; all be degraded to a position of equality with free negroes, stand side by side with them at the polls, and fraternize in all the social relations of life, or else there will be an eternal war of races, desolating the land with blood, and utterly wasting all the resources of the country.”

This argument had resonance even in the North. During the first Lincoln-Douglas debate, held before 12,000 residents of Ottawa, Illinois on August 21, 1858, Senator Stephen A. Douglas, a Democrat, engaged in some extensive call-and-response with the audience. It’s easy to see where the crowd’s sentiments lay with respect to Negro equality.

Do you desire to turn this beautiful State into a free negro colony, (“no, no,”) in order that when Missouri abolishes slavery, she can send one hundred thousand emancipated slaves into Illinois, to become citizens and voters, on an equality with yourselves? (“Never,” “no.”)

If you desire negro citizenship, if you desire to allow them to come into the State and settle with the white man, if you desire them to vote on an equality with yourselves, and to make them eligible to office, to serve on juries, and to adjudge your rights, then support Mr. Lincoln and the Black Republican party, who are in favor of the citizenship of the negro. (“Never, never.”)

For one, I am opposed to negro citizenship in any and every form. (Cheers.) I believe this Government was made on the white basis. (“Good.”) I believe it was made by white men for the benefit of white men and their posterity forever, and I am in favor of confining citizenship to white men, men of European birth and descent, instead of conferring it upon negroes, Indians, and other inferior races. (“Good for you.” “Douglas forever.”)

White supremacy was such a consensus political view at the time that Lincoln felt compelled to defend it.

“I have no purpose to introduce political and social equality between the white and the black races. There is a physical difference between the two, which, in my judgment, will probably forever forbid their living together upon the footing of perfect equality, and inasmuch as it becomes a necessity that there must be a difference, I, as well as Judge Douglas, am in favor of the race to which I belong having the superior position…”

For the Confederate soldier, the implied loss of special status was one of their primary motivations for fighting.

Shapiro isn’t wrong when he says the same fears are driving Republican lawmakers to stick with Trump. To begin with, there’s a sense that their fate is tied up with the outgoing president’s fate, and that more than Trump’s behavior is on the line:

Opposition to impeachment comes from a deep and abiding conservative belief that members of the opposing political tribe want their destruction, not simply to punish Trump for his behavior. Republicans believe that Democrats and the overwhelmingly liberal media see impeachment as an attempt to cudgel them collectively by lumping them in with the Capitol rioters thanks to their support for Trump.

When Shapiro delves into the specifics, it becomes clearer how this is redolent of the Civil War era, as he quotes New York’s Rep. Alexandria Ocasio-Cortez arguing that “Southern states are not red states, they are suppressed states, which means the only way that our country is going to heal is through the actual liberation of Southern states …”

But, as in Illinois in the late-1850’s, Trump’s white supremacy isn’t strictly a Southern problem, nor is the South solely responsible for Trump’s disastrous legacy. As Shapiro notes, congressional Republicans from all regions fear accountability: “If you supported Trump in any way, you were at least partially culpable, the argument goes. It’s not just Trump who deserves vitriol — it’s all 74 million people who voted for him. And that claim, many conservatives believe, will serve as the basis for repression everywhere from social media to employment.”

For evidence to support this claim, Shapiro cites Amazon’s decision to ban conservative Twitter-alternative Parler from its web hosting company, Amazon Web Services. He notes web hosting company, GoDaddy, and its giving the boot to the popular gun forum AR15.com. This is seen by Republicans as collective punishment, but it’s unclear how defending Trump can rectify the situation for conservatives.

This sense of grievance and persecution, unfathomable to those who aren’t on Parler or AR15.com,  makes more sense when you realize that these Trumpists are anxious about their status. It’s reminiscent of the mood historian Rhea describes just prior to secession:

The South felt increasingly beleaguered as the North increased its criticism of slavery.  Abolitionist societies sprang up, Northern publications demanded the immediate end of slavery, politicians waxed shrill about the immorality of human bondage, and overseas, the British parliament terminated slavery in the British West Indies.  A prominent historian accurately noted that “by the late 1850’s most white Southerners viewed themselves as prisoners in their own country, condemned by what they saw as a hysterical abolition movement.”

For conservatives, today’s abolition movement is “cancel culture.” During Wednesday’s House debate on impeachment, Rep. Jim Jordan of Ohio, speaking for the minority, made this case explicit: “Do you have a functioning First Amendment when the cancel culture only allows one side to talk? When you can’t even have a debate in this country?”

Left unsaid was that the speech being “suppressed” was an incitement to riot from the president and an insurrection of his supporters fueled by the QAnon conspiracy theory, lies about voter fraud, and calls for violence. The issue at hand was not “talk” but murder.

Republican Sen. Mike Rounds of South Dakota took a different approach in a Wednesday interview: “”In my opinion, what we had was an insurrection…When the story of this last 90 days is told, they will clearly lay out that the president of the United States misled very, very good, honest, patriotic Americans by telling them time and again that the election was stolen.”

Rounds did not mention that among the good, honest patriotic insurrectionists were people wearing “Camp Auschwitz” t-shirts and waving Confederate flags, not to mention dozens listed on the FBI’s Terrorist Watch List.

In truth, the mood on the left right now more resembles the aftermath to the Civil War than its lead-up. In the late 1860’s, the North was understandably focused on consolidating its gains, holding traitors to account, and preventing any future insurrections. Many Democratic lawmakers are currently talking about expelling members of Congress who supported Trump’s challenge of Pennsylvania and Arizona’s electoral votes, or who may have lent support to the Capitol rioters.

To do so, they want to implement Section 3 of the 14th Amendment, a provision ratified in 1868 to keep former Confederates out of the federal government:

The standard of proof here will be difficult to meet, as it involves difficult questions of how to define an insurrection and what constitutes “aid and comfort.” But it’s easy to see how many Republicans might feel that in condemning Trump they would be condemning themselves and giving ammunition to vengeful political opponents. If they feel like the defeated South, it’s at least in part because they’re being treated that way.

But the Confederates had earned their ostracism and exile. It would have been impossible to let the secessionists in Congress pick up where they left off. The wisdom of Reconstruction-era punishment of the South was apparent when it was lifted in the 1870s and Dixie reinstituted a reign of terror against Black Americans. The reign of Jim Crow would last another century.

Trump’s call to “Make America Great Again” resonated with many Americans of good will but also those still balking at civil rights, and an assault on Trump is seen by Republican voters and officeholders as an assault on them.

It’s not in their self-interest to renounce Trump because a broad condemnation of Trump implicates Trumpism as a whole and is seen as a validation of what they see as the liberal behemoth. Their status depends on Trumpism staying viable.

Like the rebels at Antietam, no one wants to die for nothing. 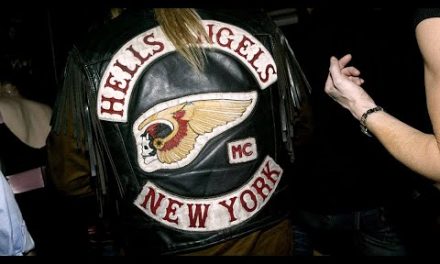 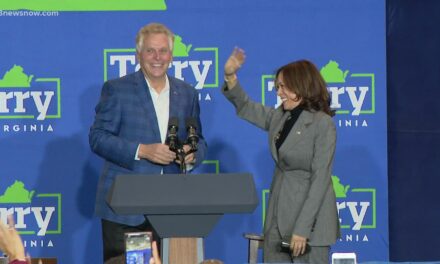