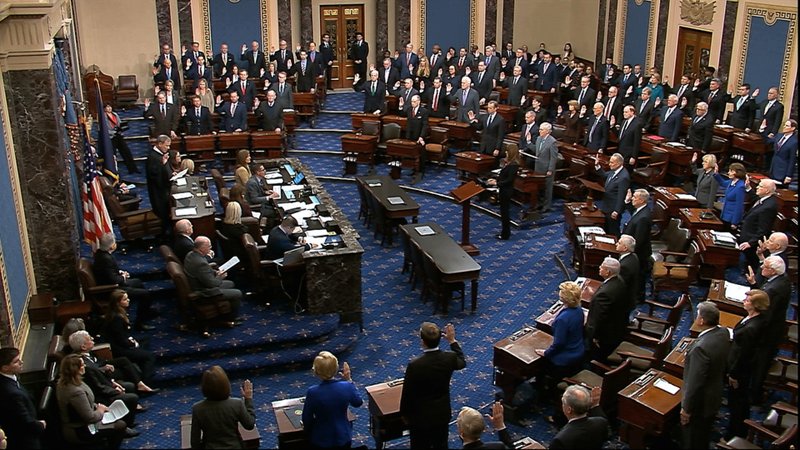 It must be nerve-wracking for Senate Republicans to read about Donald Trump’s revolving door legal team. Unable to find reputable attorneys willing to defend him against the charge he incited an insurrection against the government of the United States, the former president was initially rescued by Sen. Lindsey Graham who arranged for well-respected South Carolina attorney Butch Bowers to take the case. Yet, on Saturday, barely a week before the trial is scheduled to begin, Bowers and the entire team he had assembled promptly quit. They were replaced on Sunday by the guy who notoriously refused to prosecute Bill Cosby for sex crimes and the dude who was going to represent Jeffrey Epstein at the time of his death. This might made a good team to fight E. Jean Carroll’s rape case defamation suit, but…

The problem here is that the Senate Republicans are prepared to acquit Trump regardless of the political cost, but they’re assuming that they can use a disingenuous excuse to defend their actions. They’re not willing to say Trump is innocent, but they are willing to say that the whole trial is illegitimate because it’s unconstitutional to impeach a president once he has left office.

I say this is disingenuous because any half-wit can understand that the only constitutionally permissible punishments in an impeachment are removal from office and being banned from ever holding office again. If you can just quit the office and avoid an impeachment, then how could Congress ever bar someone from running again?

It’s not a serious legal argument, but 45 GOP senators have already signed off on it. Butch Bowers just had to convert the lay-up and he’d win the case. But Trump doesn’t want to win on some bullshit technicality. He wants to make the Senate Republicans say the election was stolen from him. Since the election wasn’t stolen from him, this caused Bowers to bail.

Two people familiar with the discussions preceding the departure of the original legal team said that Trump wanted them to make the case during the trial that he actually won the election. To do so would require citing his false claims of election fraud —even as his allies and attorneys have said that he should instead focus on arguing that impeaching a president who has already left office is unconstitutional.

Now, presumably, the sex offender attorneys have agreed to do what Bowers and his team would not.

I do think this is what the Republicans senators deserve, however. They shouldn’t get to argue that Trump was guilty but improperly charged. They should either say he’s guilty or say he was justified because the election was stolen. I’m glad Trump is putting them on the spot.

I mean, he might actually get convicted because of this. 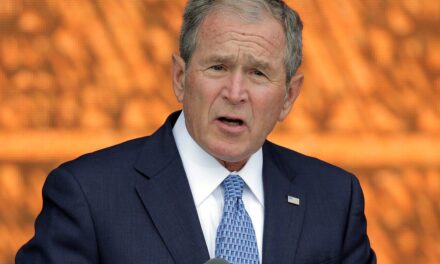 How the Failure of Bush’s Presidency Led to MAGA 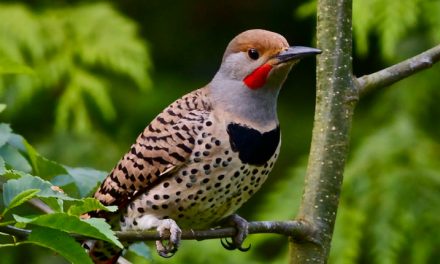