George W. Bush Broke the Republican Party and the Country 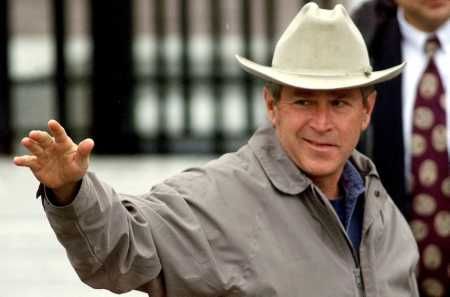 I might invite criticism by admitting that I like and to a certain extent agree with a lot of J.B. Shurk’s criticisms of George W. Bush, but when have I ever shied away from criticism? I also enjoyed the piece for its honest advancement of a point of view. It might be a pinched point of view in need of a lot more nuance and generosity, but I definitely understood where Shurk was coming from, and that’s a credit to his writing.

Shurk dislikes Bush in his entirety, and even I am willing to give him credit for a few things, here and there. Yet, when it comes to Shurk’s critique of the war on terror, there’s not a whole lot of daylight between how we judge Bush’s record.

…American soldiers who were led into war twenty years ago under the guise of fighting Islamic terrorism, protecting American freedom at home, and seeking a little payback for 9/11 instead found themselves used as nation-builders, police forces for occupied territories, and political pawns sent to combat “extremism,” and many Republicans now question the wisdom of engaging in forever-wars without clear operational goals…because once those soldiers returned home, they discovered that the ravages of NAFTA and trade normalization with China had crushed Middle America’s manufacturing and industrial workforces and condemned their hometowns to slow economic deaths.

I place more blame for the slow economic death on the failure to employ antitrust enforcement than on globalization, but I definitely recognize the problem described here. Bush sent small-town American boys abroad and they came home to a communities that were worse off than when they left. It must be hard to listen to him lecture about the perils of isolationism and protectionism.

Now, I don’t agree that this situation justifies a nativist response, but I do credit Shurk for marking out the path that leads there.

…the last thing paycheck-to-paycheck Americans needed while trying to support their own families was a constant flood of both legal (many coming as refugees from the same areas of the world where Americans have been engaged in combat for two decades) and illegal aliens competing for their jobs and balkanizing tens of thousands of small towns across the United States by transforming them from low-crime, highly integrated communities where people lived, worked, and prayed together as extended families into unrecognizable multicultural and multilingual enclaves upending town culture and destroying tight-knit generational bonds.

Imagine sending warriors off to fight and die overseas for causes that almost immediately became tragically politicized and undermined and then chastising the survivors and their families as being “nativist” for simply wanting to live and work in peace and choosing to prioritize America’s future over that of other nations.

For Shurk, Bush has betrayed the people who served as his strongest base of support. He did this by promoting free trade and he did it by sending them on a poorly defined and planned decades-long mission overseas. However you weight the trade part of that equation, there’s no doubt about the result. So, it’s offensive for Bush to stand in judgment of the people who suffered as a result.

Yet, while Bush may not have a leg to stand on, he’s still correct to resist Shurk’s worldview. The solution to small-town America’s economic woes is not to restrict immigration or to try to keep the ethnic makeup of the country “recognizable.” We have to make it possible for people to compete in business again, because the idyllic America portrayed in 1950’s movies and television was based on family-run operations, not giant corporations. America thrived because its entrepreneurial spirit, but no one can compete with Amazon.

Shurk sees economic liberty as key, but he misdiagnoses the problem and sounds like a John Bircher with his unhinged rhetoric about “the Marxists…corrupt[ing] everything from kindergarten to the military.” If the left is guilty of anything, it’s trying to mitigate the problems created by untrammeled corporate consolidation rather than confronting it straight on.

He ultimately presents a toxic stew of exaggerated Christian persecution, unapologetic white supremacy, Cold War-era conspiracy theorizing, and unsophisticated ideas on foreign policy and economics. But he comes at it honestly, which is both refreshing and quite disturbing.

The reason pieces like this are important is because it’s a response to something real. If you want to know why the old guard of the Republican Party has been swept away, Shurk’s argument is a good place to start. The same is true if you want to understand why so much of the country is acting in a desperate and irrational manner.

Shurk’s response is wrong but that doesn’t make him wrong about Bush. It was Bush who led the country to this place and he has nothing to offer that will get us out of here. The Democrats might be able to help, but they need to understand why people feel the way they do. That’s almost as important as figuring out how to revitalize the communities that have been hollowed out by decades of bad policy decisions by both parties. You can’t fix a problem unless you understand its nature. 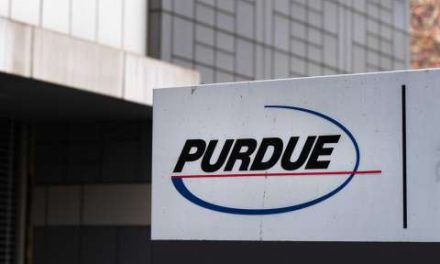 What the Sacklers Deserve

Does Joe Manchin Believe That Income Inequality Is a Problem?