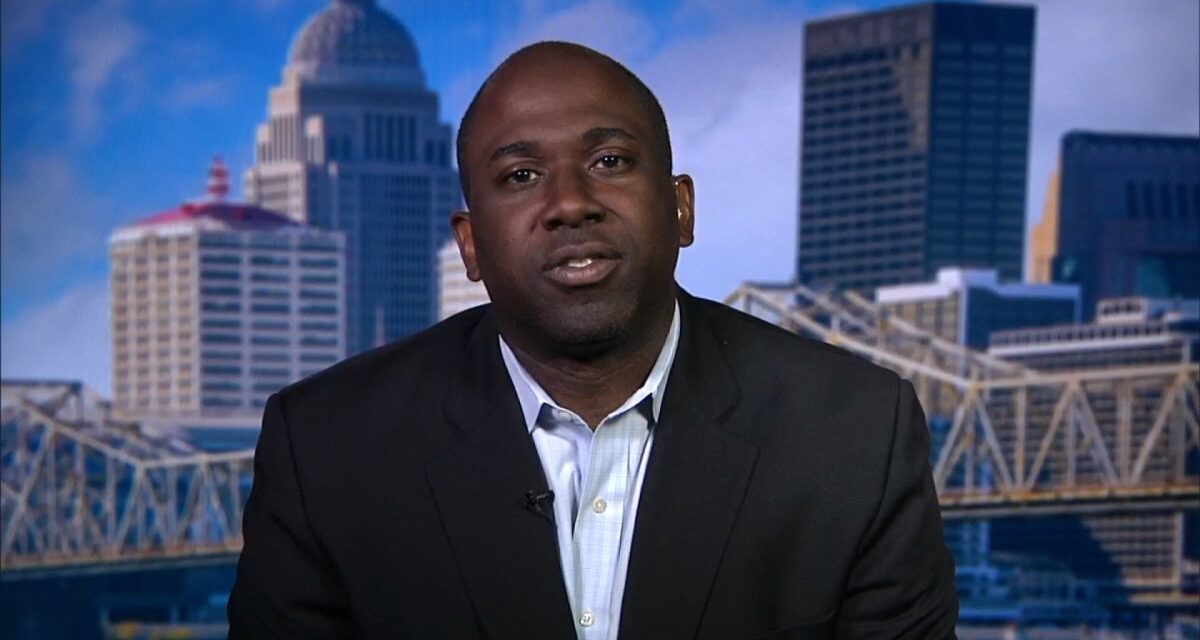 I have a few quibbles with Perry Bacon Jr.’s latest column for the Washington Post, but overall I believe it’s a really smart and valuable interpretation of the underlying behaviors that define American’s biggest political factions. He’s broken these factions into three categories, which he defines as Republicans, Pelosi Democrats, and Ocasio-Cortez Democrats. And he’s assigned them different positions on the spectrum of supporting white, male, wealthy and Christian power. Republicans want no diminution of this power at all, while Ocasio-Cortez Democrats want to uproot it and Pelosi Democrats are somewhere in-between.

There’s no doubt that this is a simplification that will run into immediate problems when used in an effort to explain everything, but it has surprising explanatory power.

One indication of its strength is its ability to explain how the Republican coalition has held together for so long despite the cultural chasm between a Wall Street financier and your typical white Southern evangelical. They’re bonded by a shared interest in preserving their power and privileges, which are different in type but still well-protected by the status quo.

This, to a degree, also helps explain what divides establishment Democrats from the party’s left fringe. Bacon calls it an argument about the pace of change, but sees it as driven in large part by wealthy, white Democrats having some reluctance about giving up their power and privileges.

Looking at our current political situation through this lens can be eye-opening, but it really is too simple.

For one thing, fights about race and wealth are not new. For another, the two have always been intertwined but they’re not perfectly binary or no-sum. Finally, there’s an unstated assumption in this analysis that the correct position is the farthest left one, which is defined as a world in which white, male, wealthy, Christian power has been dismantled. But there’s a difference between correcting an imbalance and making people pay for former unearned advantages.

I’d also add that it devalues political considerations. A good example of this is found in Bacon’s examination of two features of the “Pelosi Democrats.” You’ll see immediately that in his formulation, the Clinton and Pelosi factions of the party have been brought together as one group.

Until fairly recently, the Democratic Party had a genuine center-vs.-left ideological divide. The center was best exemplified by Clinton and his acolytes: a willingness to reduce the size of government, an embrace of big business, and wariness about the Democrats being too closely associated with what they deemed troublesome voices among people of color, women and other traditionally marginalized groups. Policies such as welfare reform and charter schools exemplified this center’s vision, much of which was strongly opposed by the party’s left.

[But now]…while few Democrats are as defensive of America’s traditional hierarchy as Republicans, many of them aren’t necessarily committed to totally overturning it either. These Democrats usually cast their more cautious approach largely in terms of electoral considerations — they would support bigger changes but fear the electorate isn’t there. That might be true at times, but in my view, these Democrats are also motivated to fear big change because they are part of the very power constituency that’s in line for upending.

So the Democratic Party is divided between a bloc that is wary of yielding too much power to Black Lives Matter activists, socialists, “the Squad,” Twitter liberals and others seeking broad, systemic change and a bloc that fully embraces those voices. A lot of fights in the Democratic Party, while ostensibly about policy or ideology or electability, are actually proxies for: “Does this make Alexandria Ocasio-Cortez and those aligned with her more powerful, or does it make Nancy Pelosi and those aligned with her more powerful?”

I don’t want to re-litigate the Clinton Era, but I don’t think we can reduce concern about the political effect of Jesse Jackson’s presidential campaigns on the Democrats’ electoral prospects with a hidden desire to preserve white privilege. I’d agree that there’s a relationship between these two things, but we must keep two things in mind. First, politicians are often fairly astute about why they or their party has lost an election. Second, losing seats to a party that is firmly hostile to sharing wealth or tolerating minority power is not a good way to share the wealth or promote minority power.

There is always a legitimate argument about how far the left can go politically before it invites a backlash. Relatedly, there’s always a calculation in play about when a policy objective is so valuable that it’s worth losing power to achieve. For example, enacting the Affordable Care Act might have been worth losing control of Congress, but only if we get to keep it long enough to regain power and solidify it and work on other things. Even so, would you trade the Affordable Care Act for three seats on the Supreme Court? How about trading it for more urgent action on climate change? There are no simple or plainly correct answers to these questions.

In the 1960’s, President Lyndon Johnson calculated that enacting civil rights legislation was valuable enough to lose the South for the Democrats. Today, both Pelosi and AOC Democrats agree with that decision. Prioritizing isn’t always that easy, however, and an establishment Democrat who isn’t sold on the political viability of defunding the police isn’t necessarily opposed to strong police reform or primarily interested in protecting their power and privileges.

It’s true that uprooting white wealth and privilege isn’t a top priority for many white Democrats, and much less so for most white voters. This isn’t surprising and it would sound absurd if we expected it of any other demographic. Earned or not, few people are eager for less wealth and fewer advantages, and a political party built on such premises should not expect to do well with their targeted audience.

I’m honestly not prepared to ascribe such ambitions even to the AOC faction, as I see her as far more practical and sensible than this. Even from an ideological perspective, the Democratic Socialist faction is often accused, correctly, of putting racial issues on the back burner in favor of addressing class disparities. Yet, on some level Bacon is correct that power gained is power lost, and we’re witnessing a fight that largely circles around race.

If defining the motivations and fault lines that drive the Democratic coalition is difficult, the same is not true of the Republicans. They are most definitely united around preserving white power and wealth, as well as Christian supremacy. But even they have cleavages around wealth and culture. Trump’s coalition is more interested in infrastructure spending than Paul Ryan’s coalition. Evangelicals and Wall Street executives have always been allies of convenience with little in common beyond their desire to preserve their historical advantages.

Challenging those advantages is politically perilous, and differences of opinion about strategy should be granted the presumption of good faith. Bacon’s a good analyst and he’s written a useful piece, but it has its limits.

Will My Kids Need Passports in AZ?

Will it ever get better or even change except at best around the margins in the next 10 years? Will those in their 20s now be working the same issue when they are the leaders in 2050? I suspect so.

I have faith in the youth though. I doubt I’ll live to see it but humanity evolves – hopefully forward.