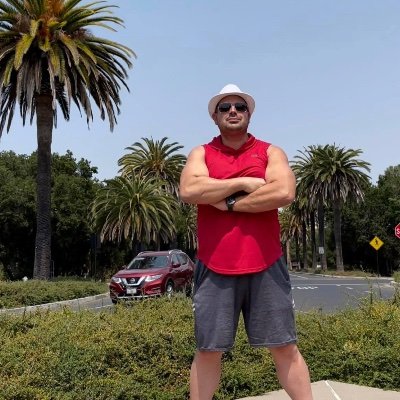 Christopher Tremoglie could have written an insightful piece about his frustrations. He followed all the government guidelines and advice about how to avoid getting and spreading COVID-19. He wore masks, got his vaccine shots and he also advised his friends to do the same. He even went so far as to start “a community campaign to assist people in making vaccination appointments when they first became available last winter.” And, yet, he not only got the virus, he also spread it to his elderly mother.

Instead of talking about how hard it is to keep COVID-19 at bay, or about how thankful he is that he isn’t presently intubated or arranging his mother’s funeral, he’s blaming President Biden for lying to him. He also blames Biden and Vice-President Harris of spreading skepticism about the vaccines during the campaign when they were still in development. In Harris’s case, her argument was that Trump was pushing for the vaccines to bypass regular safety standards and also putting a lot of pressure on his administration’s scientists to the point that they couldn’t automatically be trusted to be truthful with the American people. Biden said people could be convinced about the vaccines’ safety if a new administration deferred to the scientists and was truthful and transparent. These were slightly different positions, with Harris expressing skepticism that safety assurances from Trump’s FDA and CDC could be taken at face value, while Biden was explaining how this distrust could be overcome if he were elected. In both cases,, however, the focus was on Trump’s dishonesty rather than the eventual efficacy of the vaccines.

The lie Biden told is supposedly that the vaccines would prevent infection and prevent the spread of the virus. Here, Tremoglie has more of a right to be disappointed. The emergence of variants has reduced the effectiveness of the vaccines, causing more breakthrough infections and more spread from vaccinated people. The latest variant, called Omicron, is particularly nasty in this respect. Moreover, the vaccines’ effectiveness wanes over time, so after six months much of the original protection is gone. That’s why people are getting booster shots. Unfortunately, the booster shots still target the original version of the virus. Omicron-specific vaccines are in development but may suffer the same fate, as new variants may be dominant by the time Omicron vaccines are ready for manufacture and distribution.

Early on, there was a hope that if eighty or ninety percent of the population were vaccinated, the novel coronavirus might be eradicated. There are some locales where this level of vaccination has been achieved, but on the whole the country has fallen far short, and globally we’re nowhere near the required numbers. This is why variants keep emerging that are naturally selected to succeed where their predecessors have failed. In the case of the Delta variant, it didn’t fail exactly. It’s just that Omicron is so much more efficient that it’s taking over.

There’s much less optimism now that COVID-19 will eventually be eradicated. Maybe scientists were too optimistic in the beginning, but the biggest problem is and has always been that we cannot stop the spread. If 100 percent of the global population were vaccinated against Omicron tomorrow, it is possible that the virus would be virtually wiped out. Of course, it’s still spreading among animals, so it could always make a comeback.

Anyway, I think it’s fair to say that scientists gave people reason to hope that the virus might go back in a box if everyone ran out and got the shots, and they overpromised. Yes, part of the problem was too many people who could have gotten vaccinated refused to get the shots, but equally responsible is the lack of global supply. People also thought the vaccines would last longer, and while scientists did say that boosters might be required, they didn’t emphasize the point. They didn’t have data on how long immunity would last until some time passed, so they can’t be heavily faulted on this point.

Here is how Mr. Tremoglie summarizes his argument.

Now, the Biden administration is trying to scare people into getting the vaccine, claiming if they do not get it, those people are “looking at a winter of severe illness and death” for themselves and their loved ones.

At this point, if the vaccine cannot stop the spread, then the choice to get vaccinated or not get vaccinated should be left up to the people. President Joe Biden and his administration should be honest and reliable about the pandemic and vaccination rather than creating a cult of personality around vaccines.

Presumably, he means that people should face no governmental repercussions if they choose not to get vaccinated. They shouldn’t get kicked out of the military or lose their government job. They should be able to travel freely across interstate lines. If they want to risk death, that’s their business, and since being vaccinated won’t protect others they do not have any broader responsibility to get inoculated.

The logic fails on several points. In any exponential system, degrees matter a whole lot. If being vaccinated makes it even modestly less likely that you’ll be contagious, it’s still worthwhile. As for dying, first you get sick and occupy a hospital bed and hospital staff that could be utilized saving someone else’s life.

I know that it’s frustrating to realize that despite all your precautions, you’ve infected your elderly mother. It’s mortifying and probably emasculating. But it doesn’t mean that all your efforts have been in vain. Mr. Tremoglie probably saved many lives by assisting others in getting vaccinated.  He should feel good about that, but instead he’s feeling helpless.

It’s understandable, but his reaction is irrational. He should stick to his original instinct, which was to save lives. Assuming anyone listens to him, telling people that they have no responsibility to limit the spread of the virus is going to result in more people dying. I know that is not what he wants, but he’s getting attention by blaming Biden for the persistence of the pandemic. It’s the wrong kind of attention, and he ought to be ashamed of himself. 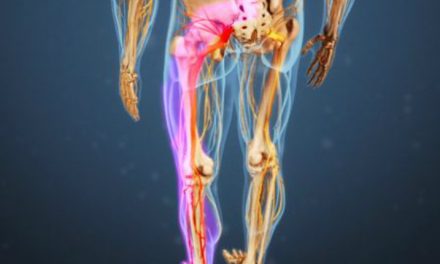