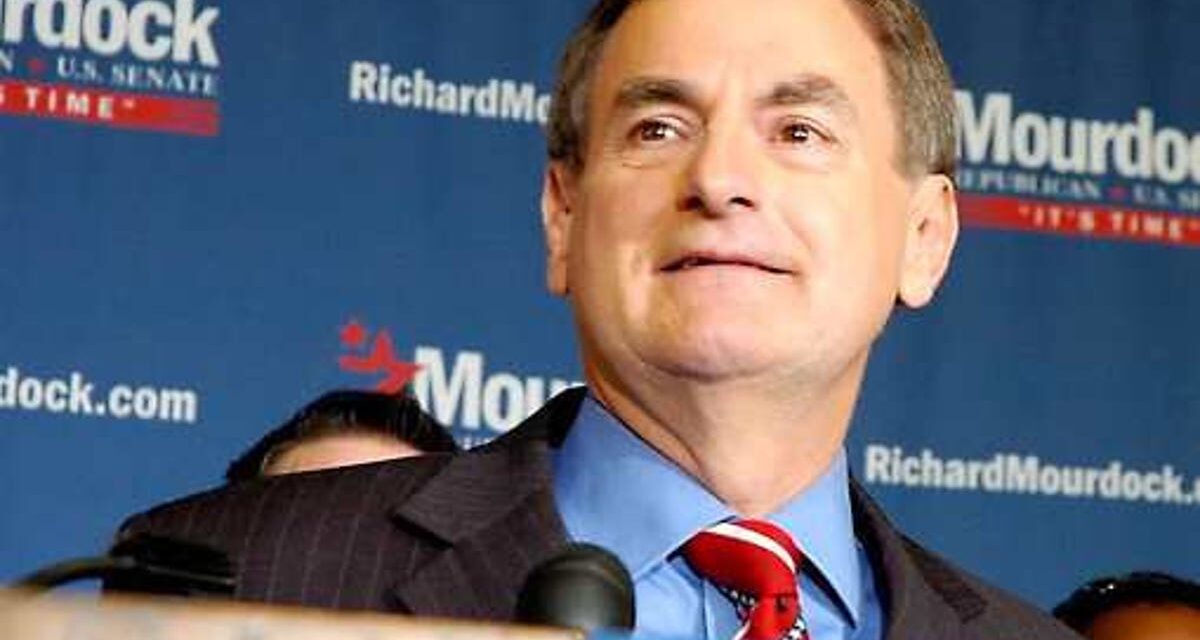 In 2012, Indiana State Treasurer Richard Mourdock rode a wave of Tea Party support to win the Republican Party’s nomination for U.S. Senate. In doing so, he ended the political career of the incumbent, Sen. Richard Lugar, one of the most senior and respected elected foreign policy experts in Washington, DC. In a state like Indiana, Mourdock should have easily won the general election against Democrat Joe Donnelly, but he was defeated.

If you remember this story, it’s probably because Mourdock lit his own campaign on fire during an October debate when he answered a question about why he supported abortion to save the life of the mother, but not in cases of rape.

“I, too, certainly stand for life. I know there are some who disagree, and I respect their point of view. But I believe that life begins at conception. The only exception I have, to have an abortion, is in that case of the life of the mother. I’ve struggled with it myself for a long time, but I came to realize that life is that gift from God. And even when life begins in that horrible situation of rape, that it is something that God intended to happen.”

As I wrote at the time, Mourdock’s opposition to a rape exception wasn’t exceptional. It was the the exact same position held by the GOP’s vice-presidential candidate Paul Ryan. But Ryan had the good sense not to suggest that rape-induced conceptions were part of a God-approved plan.

During the same election cycle, the Republican Party’s U.S. Senate candidate in Missouri, Todd Akin, who should have easily won the seat, went down to defeat to Claire McCaskill. This was attributed at the time to Akin’s expressed belief that women have the magic biological ability to prevent conception resulting from rape. Losing two winnable Senate seats over the issue of abortion and rape was a painful experience for the GOP. The Democrats’ majority went from 51 seats to 53, and Mitch McConnell was temporarily denied the position of Majority Leader.

It’s probably fine to view this episode of an example of how extreme social conservatism can fail, even in very socially conservative states. But I want to briefly look at Mourdock’s profile, because he wasn’t simply some holy roller.

To begin with, his father was an Ohio State Trooper. Mourdock focused his studies on science, getting a B.S. from Defiance College and a Master’s degree in geology from Ball State. He used those degrees to launch a career that saw him rise to chief geologist of Standard Oil of Ohio. From there be became the vice-president of Koester Companies, and president of their coal subsidiary. From there, he formed an environmental consultancy, and I’m sure you can guess what kind of clients he attracted.

He unsuccessfully ran three times for a seat in U.S. House of Representatives (1988-1992) before paying his dues
as an elected member of Vanderburgh County Board of Commissioners. After failed bids for Indiana Secretary of State and a seat on the Vanderburgh County Council, Mourdock finally broke through in 2006 when he was elected as state treasurer.

The important thing is that Mourdock was much more a creature of the coal mining industry than the megachurches. That’s not to say his religious beliefs were not genuine. He went on missionary trips to Bolivia. But his political career was in many ways just a front for the extraction industry. If religious extremism was helpful to winning Republican support in Indiana, he was more than willing to fulfill that role. Unfortunately for his true backers, he went too far. He wound up losing to a Democrat who was also anti-choice, but who was willing to make an exception in cases of rape.

On Tuesday, in a much lower profile race, the Republicans lost another safe seat, largely because of the issue of abortion and rape. In Michigan, the Detroit Free Press reports, “Democrat Carol Glanville defeated Republican Robert ‘RJ’ Regan in a special election for a Michigan House seat that had only ever been held by a Republican.”

In a panel discussion during the Republican primary, Mr. Regan had said, “Having three daughters, and I tell my daughters, ‘Well if rape is inevitable, you should just lie back and enjoy it so.’” This turned out to be too much even in a strongly anti-choice area in the Grand Rapids suburbs.

Like Mourdock, Regan had unsuccessfully run for Congress before, but Regan’s political career wasn’t birthed in the boardrooms of Standard Oil. His LinkedIn page paints a less exalted picture. It looks like he tried and failed to establish a laboratory equipment company, worked at a failed transportation start-up, and now is running some scam called BigBoyzShorts. Here’s the “company’s” mission statement:

The mission of BigBoyzShorts is to provide meaningful and inspiring stories about manhood.  To offer a place to connect with others, mentor each other, and provide a accountability to our life’s goals.

The Purpose is to evangelize and make disciples. These will be smaller groups (membership side) Connect and teach.

We are calling the foolish, the weak and the dishonored.

If you’re a trouble maker, an outcast, a monster, a scally-wag or a rascal, then you are exactly who we are calling.  You’re our kind of person. Let’s connect and build something together.

Here we see the devolution of the far right of the Republican Party. What used to be an agreement of convenience between corporate executives and religious maniacs, is now just pure grift. It’s a cult for “chaotic boys,” “monsters” and “rascals.”

Regan asserts some religious credentials, including leadership in the Fellowship of Christian Athletes and a board seat with the Shared Pregnancy Crisis Center, an organization run out of Lansing, Michigan.  Those claims should probably be verified.

Ten years ago, Mourdock represented the dregs of the Republican Party. He also delineated a line beyond which a candidate could not go and still remain viable. Today the makeup of party’s scum is more proletarian but also more successful having experienced four years of occupancy in the White House. Trumpism and the Tea Party movement are different animals that serve different masters. The Tea Party was a performative front for the worst of corporate America. Trumpism is for the little guy who lives off the scam.

Strangely, they both have an affinity for rape babies, and the easiest way to defeat them is to watch them defeat themselves. 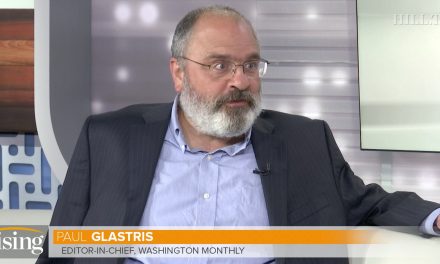 The Republican Candidates Shouldn’t Be Favored in Georgia 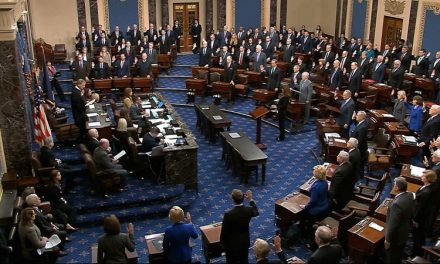