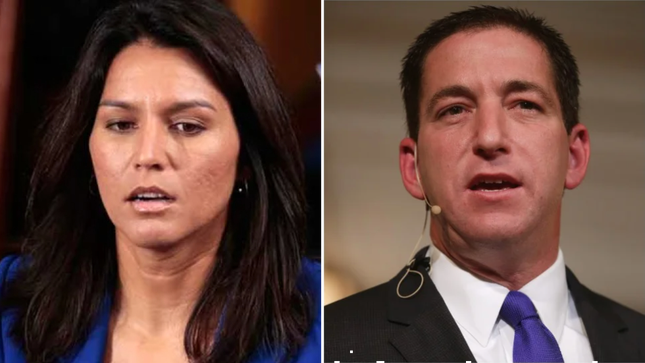 I don’t mean to pick on Zeeshan Aleem, but I’m astonished that he wrote a long column about people on “the populist left” defecting to the “the populist right” without once mentioning the influence of the Kremlin. This is particularly surprising considering his choice of targets.

A group of journalists and media personalities who once were at home on the far left has formed a niche but influential political subculture that encourages leftists to abandon leftism for the populist right. Its most recognizable faces are former icons of leftist discourse who have millions of diehard fans: Glenn Greenwald, a co-founder of The Intercept, known as one of the most powerful critics of the “war on terror” in the Bush era. Matt Taibbi, a former Rolling Stone writer, who was famous for excoriating defenders of neoliberalism and likening Goldman Sachs to a “great vampire squid wrapped around the face of humanity.” Tulsi Gabbard, formerly a Democratic House member and 2020 presidential candidate, was aligned with the Bernie Sanders wing of the party.

But in recent years their focus has changed. These commentators had never hesitated to criticize Democrats alongside Republicans. But now they’ve pivoted to targeting liberals nearly exclusively, while forming ties with the authoritarian right.

During the late Obama and early Trump years, there were really two litmus tests for whether an American was carrying water for Russia’s foreign policy. The first was their stance on NATO expansion and, relatedly, Russia’s separatist activity in Donbas and occupation of Crimea. Certainly, leftists could oppose NATO expansion and even blame it for provoking a bellicose Russian response without being disloyal or in the pay of Russian intelligence services. But an obsession with these issues was a warning sign because the Kremlin was working overtime to find Americans willing to push these arguments. Put it this way: if someone was doing Russia’s bidding, they almost certainly would be taking Russia’s side on the Ukraine issue.

Much more troubling was a willingness to spread doubt about the use of chemical weapons by Syria. Longtime readers of this website know that I begged and pleaded with the Obama administration not to get drawn into Syria’s civil war, and I praised them for skillfully meeting my expectations. This included taking an offer from Putin in September 2013 to help disarm Syria of all chemical munitions rather than enforcing “the red line” Obama had promised if President Bashar al-Assad used them.

But it was one thing to oppose American involvement in Syria and another to repeat meritless Kremlin conspiracy theories that sought to absolve Assad of responsibility for using banned weapons against civilians. Some Americans were conspicuous in doing the latter, not only in 2013 but also during the Trump administration. Here’s a reminder of Trump’s response to Syrian chemical attacks from April 2017.

The U.S. military attacked a Syria-government airfield with 59 Tomahawk missiles on Thursday evening.

The missiles targeted the Shayrat air base near Homs, and were in response to a Tuesday chemical weapons attack. Officially announcing the strike, President Donald Trump said the targeted airfield had launched the chemical attack on a rebel-held area, and he called on other nations to oppose Syria’s embattled leader.

“On Tuesday, Syrian dictator Bashar al-Assad launched a horrible chemical weapons attack on innocent civilians. Using a deadly nerve agent, Assad choked out the lives of helpless men, women and children. It was a slow and brutal death for so many. Even beautiful babies were cruelly murdered in this very barbaric attack,” Trump said Thursday night.

Here’s another reminder from April 2018:

The US, UK and France launched strikes against targets at three sites in Syria in the early hours of Saturday morning, following a week of threats of retaliation for an alleged chemical weapons attack on civilians in the Damascus enclave of Douma.

Notably, Tucker Carlson invited Glenn Greenwald on his Fox News program to oppose Trump’s 2018 retaliatory strike, as the two of them raised doubt about the evidence against Assad and blamed Neo-conservatives for the controversy.

Bernie doesn't even pretend any more to have anything resembling a left-wing foreign policy or any minimal divergence from the neocon-driven Dem Party's foreign policy dogma.

Opposing NATO expansion was long a mainstream liberal view. Now only Hawley & Paul will get near it: https://t.co/wRlafx8BJd

As for Tulsi Gabbard, you may have forgotten that she met with Assad in 2017 during an unauthorized trip while serving as a Democratic member of the U.S. House of Representatives.

Democrats were silent on Thursday as Tulsi Gabbard, one of the party’s sitting lawmakers in Congress, announced that she had met with Bashar al-Assad during a trip to war-torn Syria and dismissed his entire opposition as “terrorists”.

Gabbard, a Democratic congresswoman from Hawaii, disclosed her meeting with the Syrian president on Wednesday, during what her office called a “fact-finding” mission in the region.

Gabbard, who went on to run for president in 2020, was extremely conspicuous for repeating Vladimir Putin’s talking points accusing the opposition to the Assad regime of being jihadists, including in editorials published in her home state Honolulu Star-Advertiser. It was behavior like this that led Hillary Clinton to say in 2019 “I’m not making any predictions, but I think [the Kremlin has] got their eye on somebody who is currently in the Democratic primary and are grooming her to be the third-party candidate. She’s the favorite of the Russians.”

To prove the point, Gabbard repeatedly appeared on Tucker Carlson’s show to oppose NATO membership for Ukraine. When Russia invaded Ukraine, Gabbard tweeted, “This war and suffering could have easily been avoided if Biden Admin/NATO had simply acknowledged Russia’s legitimate security concerns regarding Ukraine’s becoming a member of NATO, which would mean US/NATO forces right on Russia’s border.”

Then there is Matt Taibbi who has extensive experience in Russia, having lived there for most of the 1990s. He has long made excuses for Russia’s annexation of Crimea and separatist activity in the Donbas, including during his stint at Rolling Stone. He’s even made excuses for Russia’s meddling in American elections. And he was insistent that Putin would not launch a full scale invasion of Ukraine in 2022, a position he later acknowledged was a colossal mistake: “My mistake was more like reverse chauvinism, being so fixated on Western misbehavior that I didn’t bother to take this possibility seriously enough.” He quickly pivoted to doing podcasts with Katie Halper (of “Joe Biden is a rapist” fame) with titles like “How the US Caused the Ukraine Crisis.”

As for Syria, when Trump was gearing up to bomb the country in 2018, Taibbi was chiefly concerned that some Russians on the ground might be killed. Writing in Rolling Stone, he noted “As president, however, the one time [Trump] received praise from the Washington consensus was when he bombed Assad last year.” It was virtually identical to the first thing out of Glenn Greenwald’s mouth during his contemporaneous interview (YouTube above) with Tucker Carlson: “The only time I think that the media praised Donald Trump, was one year ago today when he bombed an airfield in Syria.”

It’s easy to miss that when the American left opposed the war in Iraq and its neoconservative architects, they found themselves in concert with the Kremlin. But that was an accidental agreement, not based in a necessary way on any larger ideological alignment. As the Iraq war faded away and the neoconservatives relinquished their chokehold on American foreign policy, the interests of the Kremlin and the left quickly diverged in noticeable ways. That’s when the interests of the left and people like Greenwald, Gabbard and Taibbi also noticeably diverged.

One obvious area was Syria, where the left was split between humanitarian interventionists and war weary non-interventionists, but only a fringe applauded Russia’s efforts to prop up the regime. Another was Ukraine, where some of the left urged caution on EU integration and NATO membership, but only a fringe supported or made apologies for Russian-sponsored separatist civil war or the annexation of Crimea. People on the fringe who were aligned with Russia’s positions simply by outlook or temperament would not likely use Kremlin talking points to make their arguments. Yet, as early as 2015, Greenwald wrote in The Intercept “Demonized as pro-Putin propaganda, claims about the fascist and even neo-Nazi thugs leading the fight for the Kiev government are actually true.”

Taibbi’s and his podcast partner Halper spent the early days of the Russia-Ukraine War highlighting the Nazi connections of the Azov Brigade, including in an appearance on TheHill TV.

If you’re comfortable with a “less than 2% Nazi” army, that’s fine. But let’s not lie about it, or suddenly change our definition of “neo-Nazi” or “hate speech” for this one case, a la Facebook: https://t.co/H9ik1Sif7I pic.twitter.com/uGduYwvNCL

This is how Gabbard recognized the 2022 anniversary of D-Day on Twitter:

Today we honor the brave men in uniform who stormed the beaches of Normandy to help liberate German/Nazi-occupation of Europe. But today our leaders/media push for Germany’s remilitarization & glorify/arm Ukrainian white supremacists/Nazis (Azov). Foolish. Shortsighted. pic.twitter.com/GisUxL0Xau

It should be obvious what’s going on here. Normal people can criticize American foreign policy without amplifying Kremlin talking points. While there’s obviously going to be some overlap between American and foreign critics of the U.S. government, there’s something wrong when opponents of Assad are called terrorists and opponents of Russian aggression in Ukraine are called Nazis. Everyone knows there is a kernel of truth in both accusations, but Putin wants to take a kernel and turn it into a universal justification for his aggression and disregard for human rights.

I’m not going to speculate on why Greenwald, Gabbard and Taibbi (or Max Blumenthal and Ben Norton) show all the signs of being either compromised or compensated (or both) by the Russians, but unlike Zeeshan Aleem I’m not going to characterize their switch from the populist left to the populist right as a mystery unrelated to the Kremlin.

When you peel away the onion, their consistency over time is not in being on the left or the right, but in criticizing anything America does that Russia doesn’t like and in defending Russia at every turn, often with Russia’s own talking points. 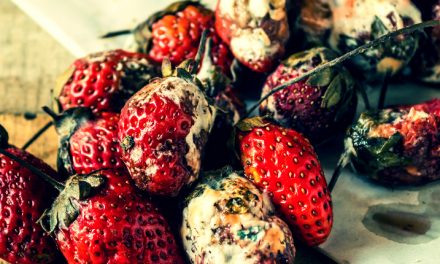 Inside the Mind of an Iran War Hawk 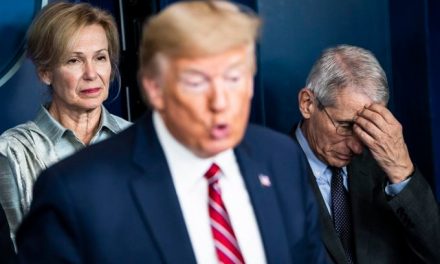 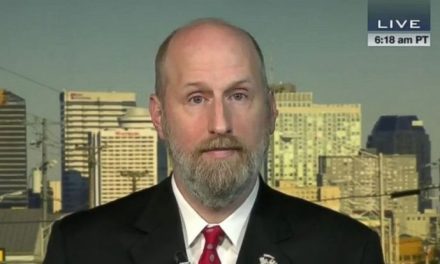