So many times, I have heard people ask “When are people going to wake up to what’s going on in this country?”  “How do we get around the filter of the corporate news media to let people know what’s really going on?”  To be honest, there are many days when I think it looks pretty dismal for that happening!

But in the past few weeks, as the days have gotten longer and the grass has started to turn green again, I’ve seen a couple of signs that give me hope.

First off, I recently had the opportunity to see a videotape of Rob Stein giving his Powerpoint presentation on the Republican message machine (link to Alternet article on Rob Stein).  There was a group of about 10 of us watching it.  As the tape went on, it became clear that, although some of us were familiar with the depth and level of control that the Republicans have over the messages played in the news, just as many were seeing this for the first time.  Afterward, while we were discussing the issues he raises, and the sheer enormity of trying to compete with a group that has a 30-year start on you in terms of organization, another woman recommended George Lakoff’s book.  Other people wrote it down so they could immediately get it and read it, and share it with other people they knew.

Why does this make me hopeful?  Because a year ago, it wouldn’t have happened.  But the outcome of the last election had everyone around here (I’m in the Philly `burbs) scratching their heads and wondering if they were crazy.  Now they’re looking for answers.  And I see the same issues that are being raised here and on other blogs being raised offline, by people and with people who’ve never even looked at a blog, or considered themselves particularly political.

Last week, I got this letter from a group of people in my township:

“This is the first of a series of issue forums that will be hosted by a nonpartisan group of citizens.  A number of us believe that there are pressing issues facing our country-concerns which cross party lines.  We feel that party labels are not really helpful and serve to divide us and deprive us of an opportunity to work and talk together.  Just a few examples are: the Iraq war, stem cell research, Social Security reform, protecting the environment, women’s reproductive rights, balancing the budget, and finding a solution to the health care crisis.  These are just a few of the concerns shared by thinking people of all parties, and we’ve decided to put  on a series of neighbor discussion groups to talk about these issues.”

What a great idea!  The first discussion concerns the war in Iraq, with 2 guest speakers, a former US Army Captain/West Point law professor who has served in Baghdad, AND a recent immigrant from Iraq, a woman who as a newscaster for Iraqi National Television, who was present during and after the invasion of Iraq and whose family still lives in Iraq.  Apparently, a group of my neighbors were talking about how badly we need to get rid of Rick Santorum (and yes, that’s a bipartisan effort here) and instead came up with the idea of having a series of neighbor discussion groups to talk about the issues that matter to all of us, no matter what side of the political fence you’re on. Their hope is to educate people, and create a group of people who can work together to get our opinions heard by our elected officials.  Sound familiar?

Why am I writing all this?  Because I truly believe that-for now- the best way around the media filter is through the internet, and by simply talking to people about what’s going on with the Bush administration.  And I’m thrilled to see it happening right here at home.

How about you?  Any signs of hope in your neck of the woods? 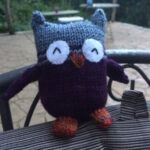 On Elliott Broidy and the RNC

The Benefits of Israel’s Friendship