Facts About My Climate’s Change

It was 52 degrees F today where I live. The day before it was in the low 20’s until the evening when temperatures and winds rose dramatically. The accumulated ice and snow on my roof began to melt rapidly.

About 9:00 P.M. it started leaking through the ceiling of our kitchen and down the where our kitchen table lamp was located at the prodigious rate of about a gallon an hour. Called a roofing contractor who got rid of the melting ice and snow which was causing the leak. He told me repairs to the roof and gutters and siding to prevent future “ice dams” would cost $900. I have no idea what the damage to fix the ceiling will cost which is soaked and bulging and brown stained all to hell.

Tomorrow morning it will be 11 degrees F when I wake up. I live in Western New York. This is not normal (normal being the weather I remember from the late 80’s when we first moved here), but then the last 15 years of weather here in the wintertime has been less and less normal.

Last year while heavy, record snow devastated Pennsylvania and Washington, D.C. and NYC, we had little if any snow and one of the warmest winters on record. This year our temperatures have been colder, but erratic, and I often find our temperatures have been warmer, and our snowfalls have been less, than people I know who live hundreds of miles to the south or west or east of me. That’s not the way it used to be, not by a long shot.

You can call climate change a hoax. You can say the thousands of climate scientists are left wing alarmists. You can dismiss all the evidence that rising global temperatures have led to more and more extreme weather events. You can believe what you want.

I believe my own eyes. 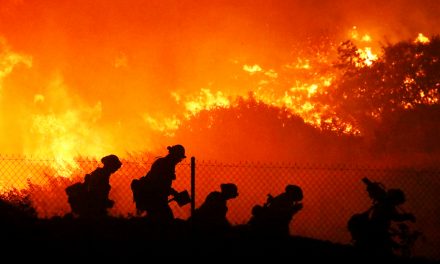 New Environmentalism: Once I Caught a Fish Alive

Not only weather but the earthquakes and the changing magnetic field of the planet. And moving north pole.

Climate is about long-term trends.  Erratic is probably the right way to describe it.

Some models show the East Coast of North America getting much colder under global climate change as  a result of interference in the flow of the Gulf Stream.  Kim Stanley Robinson wrote a trilogy of sci-fi novels about this Forty Signs of Rain, Fifty Degrees Below, and Sixty Days and Counting.

You can believe what you want about falling bodies, but when a careless workman lets a brick slip from 10 stories, getting hit in the head can still do damage.

Coming from the southwest shore of Lake Michigan, this has been the first winter in over 20 years that has been a “normal” winter–generally low temperatures with some snow (and one massive dump) without over 50 degree days or below -10 nights.

Otherwise, last year had several floods when snow was replaced rain and high temperatures and the water was not absorbed by the still frozen ground.  Who knows what next year will bring.

As I have explained, to the few who would listen, for more than twenty years, it’s not about ‘climate warming’ it’s about ‘climatic chaos’ …. and, that is exactly what is happening, daily.

I’m comforted by the thought of the next ice age and, perhaps that a few members of our species will have devised ways to persist the information of what our species has done and not done during the past 6000 years, as to be available to those whom emerge thousands of years after the glaciers begin to recede.

the change in temperatures and trends in the mid-atlantic has been speeding up for some time. From 1999-2008 or so, you could count on pretty much three months of each season, with fairly mild winters (relatively speaking, compared to western new england where I came from). Seasons started very close to their official calendar dates. For the past three or four years though, it’s been very different: winter doesn’t show up until January, the temps have been incredibly cold, and we’ve had huge snow dumps. Summer is hotter, but shorter. Also, while we get tons of snow (when we hadn’t… Read more »

Sorry, that’s all there is to it.  I live in SD, having moved here in July, 2009. We have a lot of snow.  It’s warm here, and I got a little seepage into the garage.  I had watched my neighbor shovel snow off his roof.  Now I know why.   I went up there and removed most of the snow.  I will check the roof, but basically, a roof is designed to have water in liquid form running down.  When you leave snow up there, and it is deeper than 4-5 in, it will form the ice dam.  The warmth… Read more »

Unfortunately I haven’t been well enough to shovel roofs for a long time.  Would likely result on a broken neck or back.

Well, to tell the truth, I actually shoveled the roof from inside the bedroom which overlooks the roof.  Not possible on all parts of the roof, of course, but in this one case, I could reach all the snow.  I dumped it in the bathtub.

For you, I would suggest looking for a roof rake.  It does allow you to pull the snow off the roof. About $50.  All sold out for this year, unfortunately.  Here is the website:

Steven: There you go again, believing what is in front of your nose! I too live in the Northern part of the country (near Ann Arbor Michigan). We have had a very long cold snap for us that we are just coming out of this week. I’m having Ice Dam /roof problems as well.I’m  Working with a roofer on trying to figure out a real “fix” for this. More energy (heat) in the atmosphere leads to stronger “fronts” and more extreme weather, which leads to coping with problems that were not as severe in the past. Or so it seems… Read more »